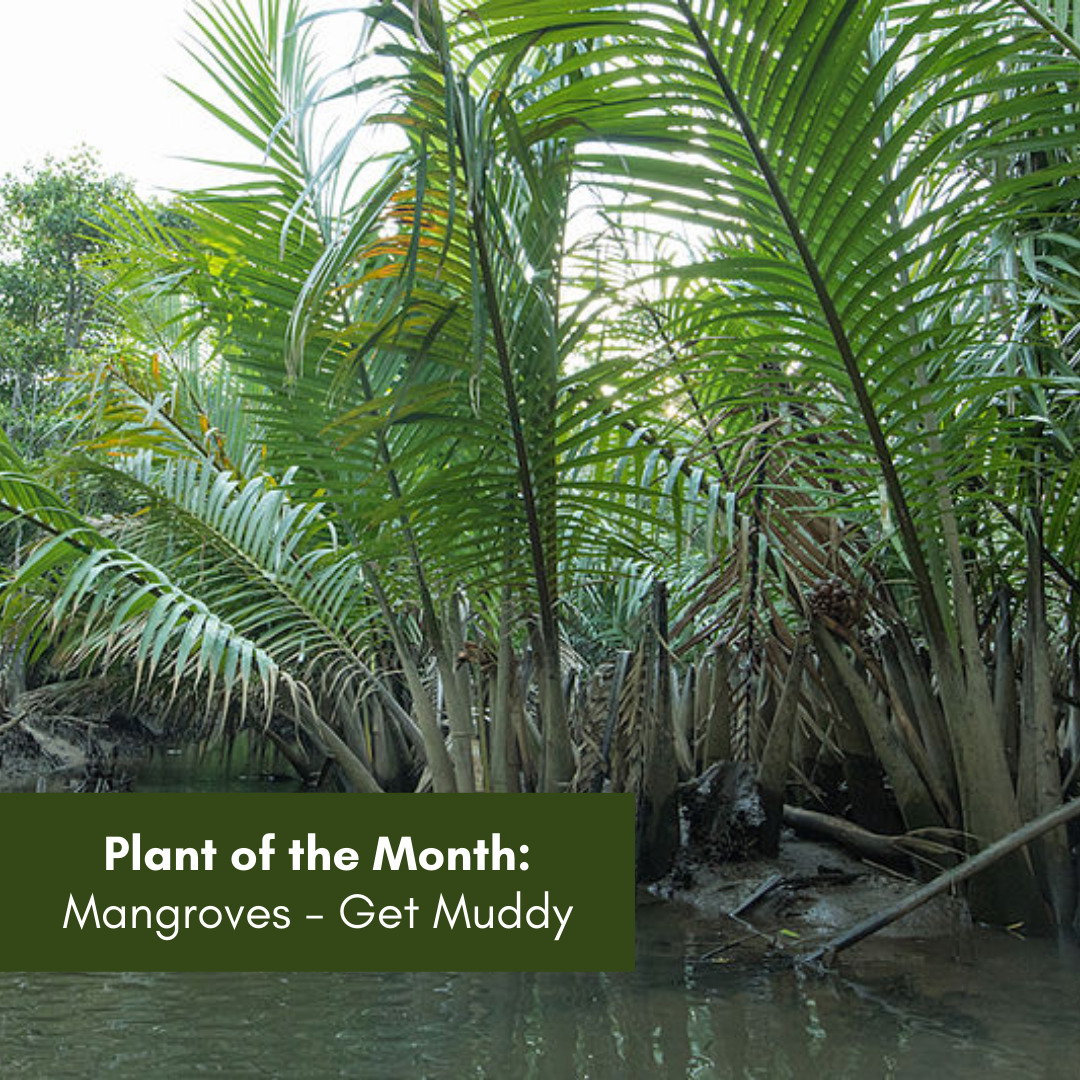 Plant of the Month: Mangroves – Getting Muddy

Flora, Newsletters, Plant of the Month, The Scoop

There’s a concept in evolutionary biology called convergent evolution, it’s where distantly related organisms evolve the same or similar strategies for dealing with the environment in which they find themselves. One example many will be aware of are the Thylacines (Tasmanian Tiger) evolving dog like features to hunt medium size game, the Thylacine is more closely related to possums than to true canids but over time evolved similar body shapes and wide opening jaws as the dogs.

Convergent evolution also happens with plants, plants often evolving similar strategies and growth forms to maximise their chances of survival and of passing on their genes. Cactus and succulents are one example but so are the Mangroves.

Mangroves have evolved to survive and thrive in the highly fertile but anoxic (no oxygen) and salty muds of intertidal backwaters. Growing in those sort of conditions takes some special adaptations but given the fertility of the mangrove mud it’s well worth it. 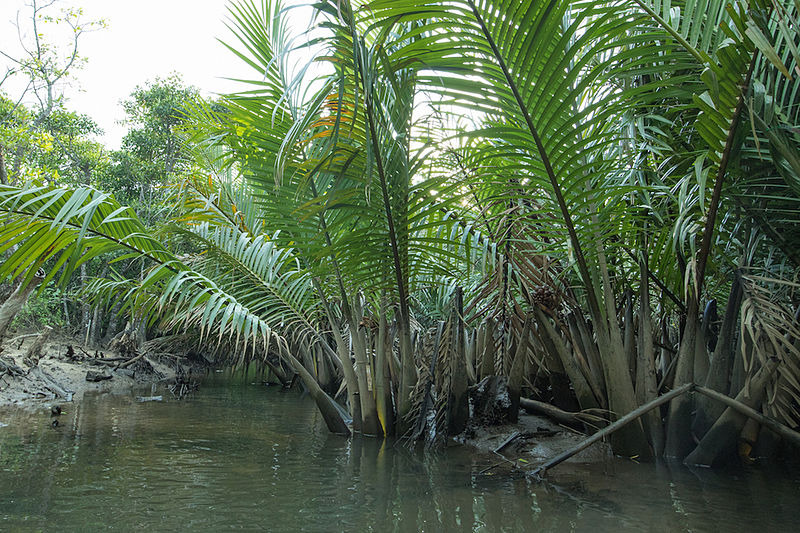 The Nipa Palm (Nypa fruticans) found in tropical Asia is a palm tree which has evolved a mangrove habit (image from Wikipedia).

Worldwide there’s around 80 mangrove species with the highest diversity in the tropics becoming less diverse in the temperate regions. In New South Wales we have five species of Mangrove on the north coast, two when we get to the Hunter and only one south of Merimbula on the south coast.

Common adaptations on mangroves include, salty sap, waxy leaves to minimise salt incursion, salt secreting pores to expel excess salt and removing salt by concentrating it in branches and leaves prior to dropping them.

The other big adaptation is the root systems, given wave and occasional storm action the root systems need to be quite extensive, the mud they grow in is low in oxygen so the roots need to “breathe” this means either pneumatophores, “peg” roots (where a portion of the root emerges from the mud) or stilts which prop the tree up. 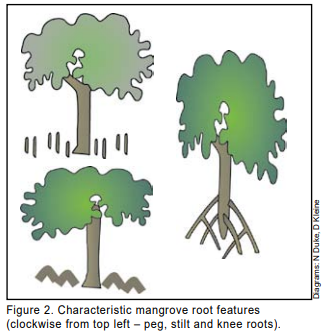 Fisheries researchers have estimated up to ?? percent of the world’s commercial fish species spend some of their lifecycle in mangroves as well as that mangroves protect the shorelines during cyclones and flooding. 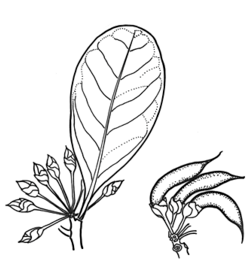 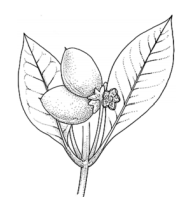 ← Plant of the Month: Please don’t pull this one out Helping Scientists Control Lantana - Royal Botanic Gardens and Domain →