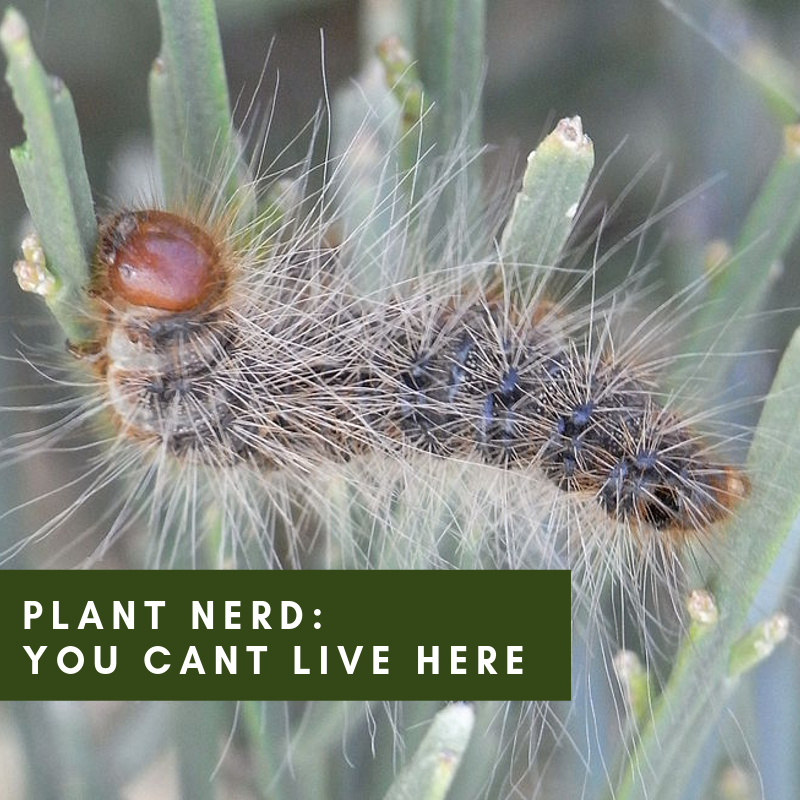 One of the things about this work is you never know where an inquiry will lead you, our most recent “Ask a Plant Nerd” inquiry was from Brunkerville and among other things was concerned any plantings not encourage the Processionary Caterpillar. 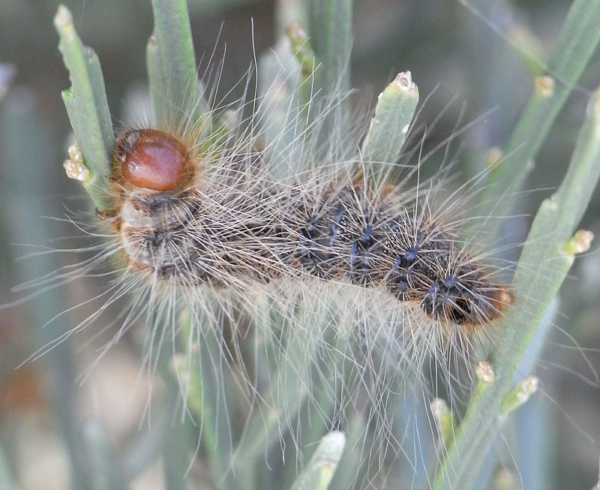 The Processionary Caterpillar (Ochragaster lunifer) is of serious concern to horse owners due to it’s role in what is known as Equine Amniotic Foal Loss (EAFL). The Processionary Caterpillar is covered in urticising hairs (like on a stinging nettle) and causes rashes and itching for anything unlucky enough to touch it. The caterpillars nest in, on, or at the base of various trees leaving them to bury themselves in the ground and pupate. If this happens in a paddock with pregnant mares there is the possibility the mare could ingest the cast off skin while grazing with the hairs puncturing the epithelial lining of the stomach which allows infections and loss of foals. An obvious concern to the Hunter’s thoroughbred industry who have invested hundreds of thousands of dollars into researching  this caterpillar.

While there is still conjecture over the taxonomy, whether it’s actually one or multiple species, the Processionaries are grouped according to nest types, ones that nest in “bags” in the trees, ones that nest at the base of the trees and “treehuggers” whose nest clings to the trunk of a tree (and is often difficult to see). 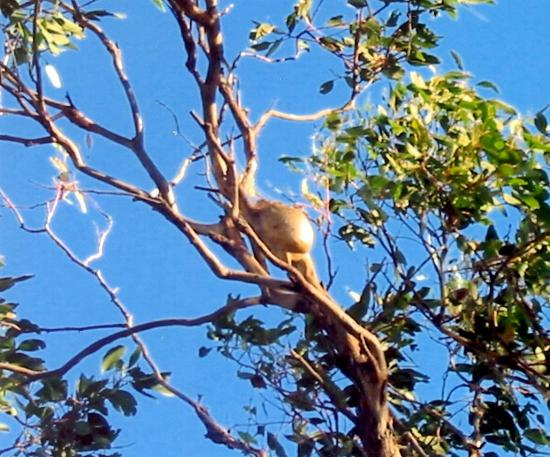 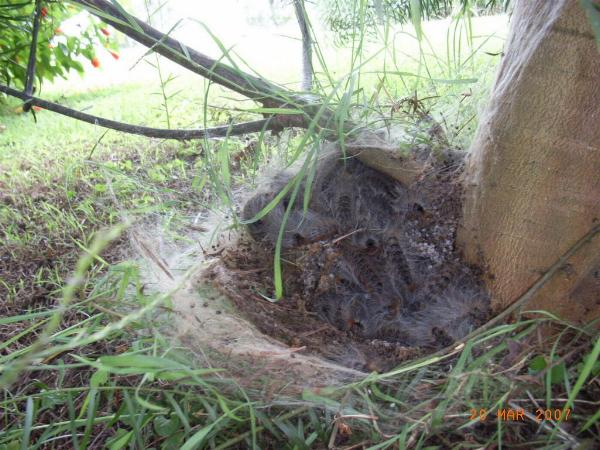 I had a little involvement in the project a few years ago identifying a number of the species the caterpillar was found in (http://eafl.net.au/about-eafl/risk-management-for-mares/host-plants/). (*add Slaty Box Eucalyptus dawsonii to the list, it harbours the tree hugging variant)

Walter Froggatt’s Forest Insects of Australia (1923)  (available here: https://www.hemiptera-databases.org/psyllespdf/416.pdf) contains  a discussion on the Processionary Caterpillars, in it was a letter from H.L. White of Belltrees near Scone:

“These grubs, which I think are known as ‘ Processional caterpillars,’ are doing great damage to the wattle trees about here, and I shall be glad to hear of any practical method for their destruction. Originally this part of the Upper Hunter contained many large clumps of the Yarran (Acacia homalophylla) , which with one exception have all died out, owing in my opinion to the ravages of these caterpillars. The exception referred to is a clump of about 10 acres close to Belltrees woolshed. I have practically protected these trees for the last ten years, but the caterpillars have now beaten me, and this beautiful patch of timber is doomed, these hairy grubs having again stripped off half the leaves this autumn (1916). Their nests are a wonderful sight, many as large as small buckets. When I first started I put  three men to cut out and burn these nests; but the contents, excrement, cast skins, and fine hairs fell upon them in such quantities that two of them became affected with itch in such a bad form that they, had to attend the local hospital. For many years I expended hundreds of shot cartridges shooting the nests down, then I tried spraying with paris green, but without satisfactory results; but even with an effective mixture it would require a special spraying spraying outfit to reach the topmost branches of the acacia.”

There is a tiny triangular remnant of this community fenced off next to the old woolshed, which, with the exception of Weeping Myall contains a lot of the species found in the critically endangered Hunter Weeping Myall Woodland which is best known from Jerry’s Plains roughly 50km away.

White’s description of the vegetation is at odds with what the vegetation in the area is originally thought to have looked like which is a an open woodland with a grassy understory, it may be that the thick shrubland recorded by White was regrowth following the dispossession of the traditional owners.

Interesting what you find when you go looking, remind me to tell you the story of Tom and Agnes’s Sugar Gum some time..