Blue Grass, Music to my ears.

Blue Grass, Music to my ears. 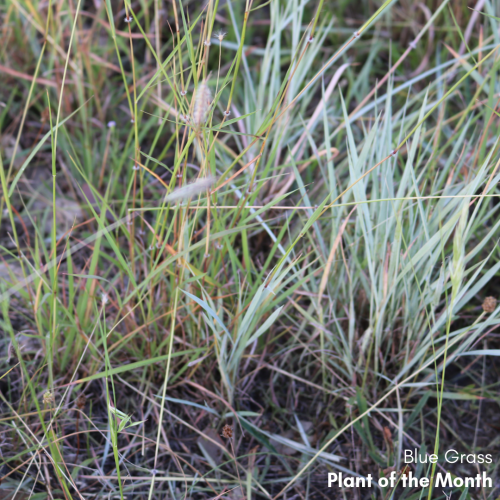 One of the earliest summer grasses to pop up, and one of the quickest to respond to a bit of rain is one of my favourites, Blue Grass or Dichanthium sericium. Common in the Mid and Upper Hunter Blue Grass is an upright growing perennial with very distinctive blue grey foliage (Blue Couch is similar in colour but that’s about it), it gets to around 60cm tall with a seed head covered in hairs and a distinctive “skirt” on the nodes. It can tolerate mowing, provided you set the blades up high)  but doesn’t make a particularly good lawn species due to it’s tufty habit. 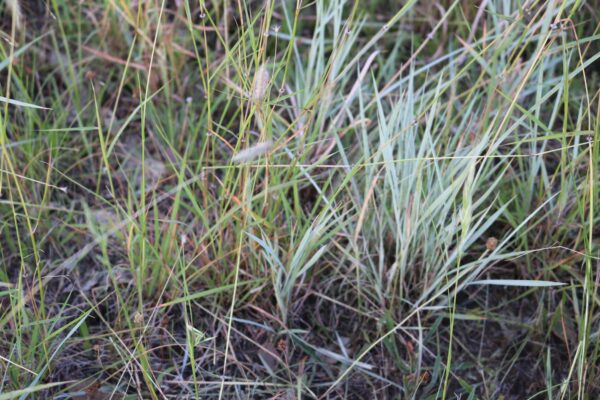 Yes, it really is blue!

It’s an important component of Grassy Box Woodlands and can tolerate grazing (and is a favoured species), though can disappear under heavy grazing pressure. Seed collection is an easy task of waiting till they ripe and gently running your fingers upwards along the seed head. 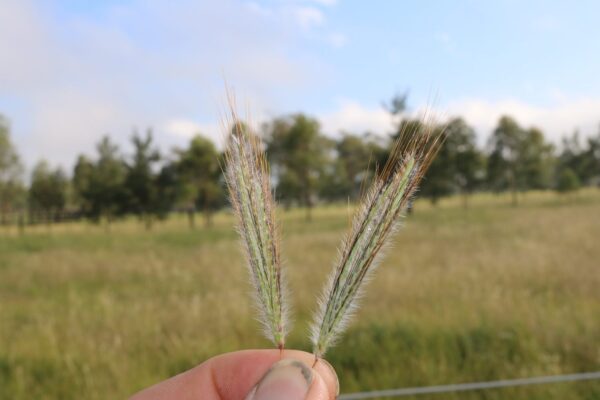 Blue Grass in this area has two forms, the classic blue and a greener form with finer leaves and a slightly less hairy seed head (though I suspect these could be two separate species as there appears to be a hybrid between the two)

There are a couple of similar species in the region Dichanthium setosum, a rare species, which so far has only been positively identified from a couple of locations in the area and a couple of Red Grasses (Bothriochloa macra, B. decipiens and B. biloba) the latter three being distinguished by non hairy (and often red) nodes and sub digitate panicles whereas the Dichanthiums are digitate, that is the flower spikelets arise from the same position on the stem whereas sub digitate arise from different positions. 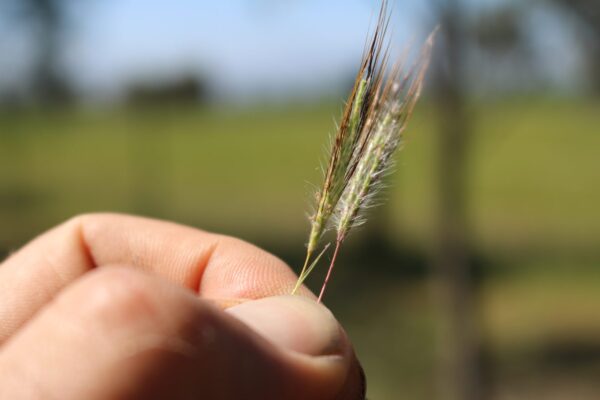 The two different forms, Green on the left, Blue on the right

Like most of the native grasses the seeds provide food for small birds so allowing a patch to set seed in the corner of your yard or under a tree will encourage them to come in.