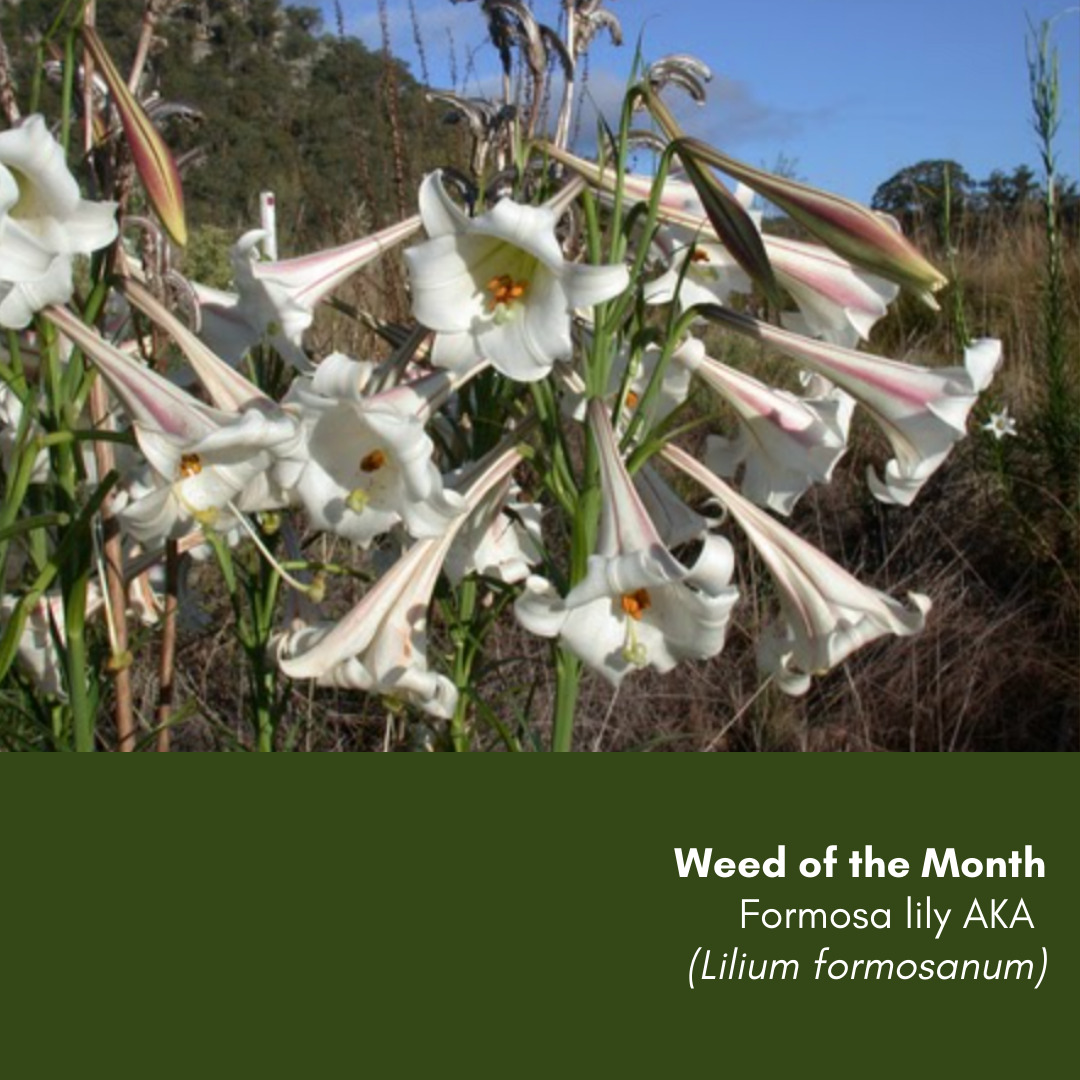 Formosa lily, also called Taiwan Lily, as that is its origin, is a weed (introduced to Australia in the 70’s) that I am seeing pop up more and more each year in the Hunter Coastal areas along roadsides, wasteland and bushland and widely throughout the Blue Mountains.

It only flowers for two or three weeks a year and right now (late Feb) it’s very noticeable. Most of the time though, you wouldn’t notice it, even though it’s spreading, by bulbs and seeds.

Flowers are large trumpet-shaped highly fragrant flowers, pure white on the inside, pink or purple/brown stripes on the outside bearing prominent yellow anthers.  It produces copious papery winged seeds borne in a large capsule and contains an underground bulb with numerous fleshy scales (resembling garlic).

Though it is not listed as a priority in the Regional Hunter Regional Strategic Weed Management Plan, 2017 – 202, it is a growing problem and is difficult to control- see https://weeds.dpi.nsw.gov.au/Weeds/TaiwanLily for recommendations. 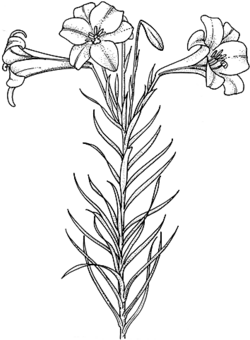 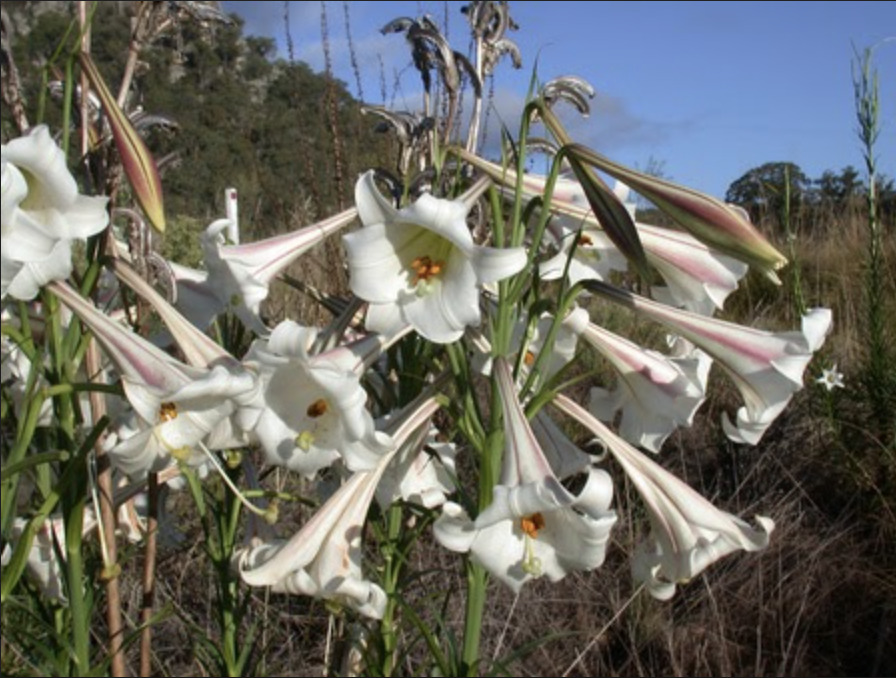