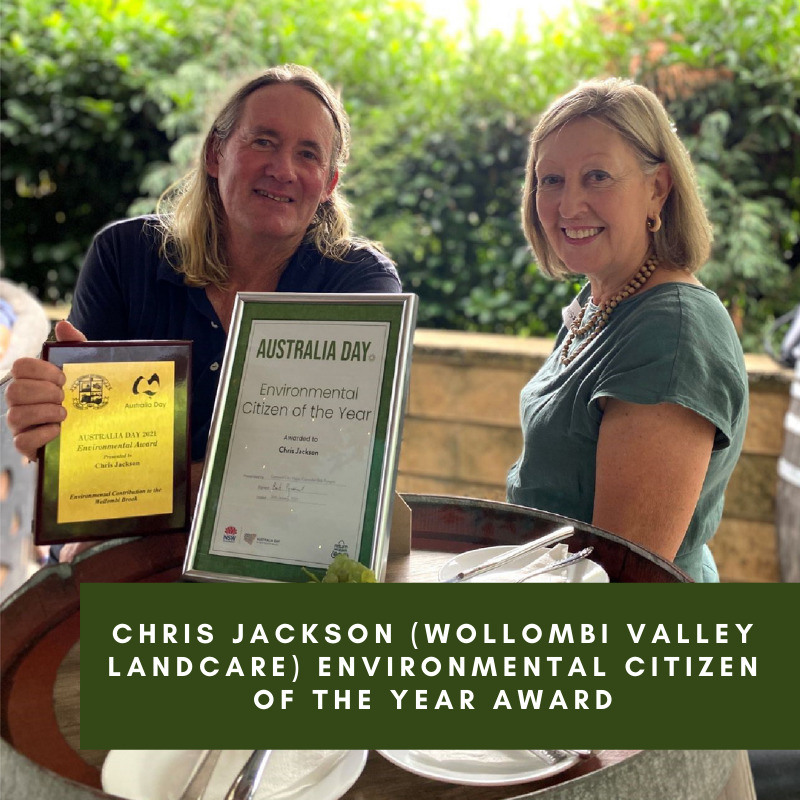 At the Australia Day Awards Ceremony held in Cessnock on 26 January, Chris Jackson was awarded the Environment Award and named Environmental Citizen of the Year.

Chris received the Award in recognition of his work with Wollombi Valley Landcare Group over the last seven years.

Some of his achievements include securing a total of over $100,000 through four Local Land Service (LLS) grants for the eradication of noxious weeds; facilitating the Wollombi Brook and Millpond projects that have enhanced the ecology and beauty of Wollombi; educating Cessnock High and Laguna Public School students in weeding and planting sessions on the Millpond and Watagan Creek; growing native shrubs and trees from seed in order to supply Landcare planting projects; and running workshops, field days and information sessions for Landcare and community members.

He was also recognised for fostering and soft releasing wombat joeys with his wife, Louise, as well as providing mange kits for the community. Chris has volunteered literally thousands of hours working tirelessly for Landcare and for the Valley. 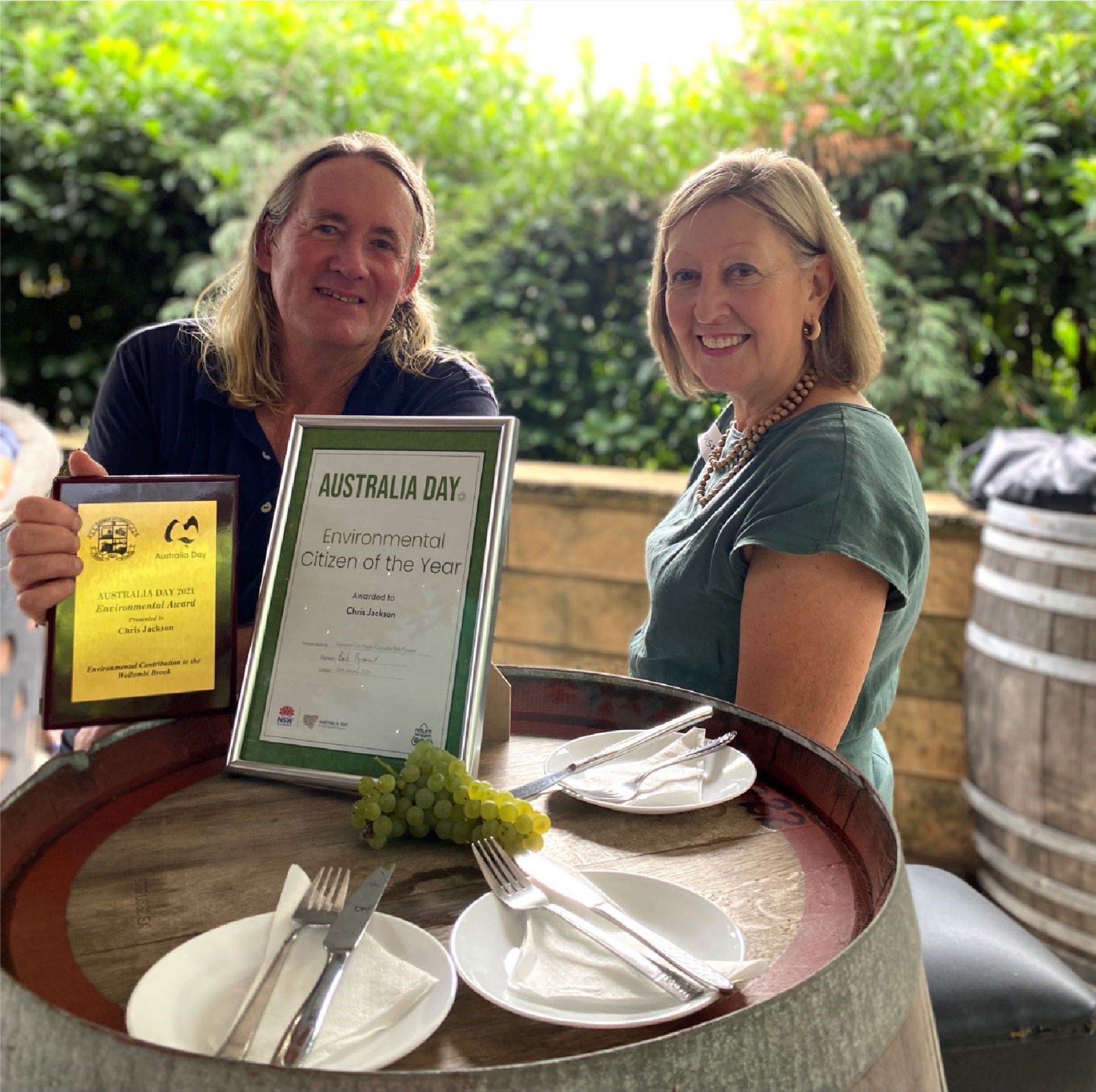