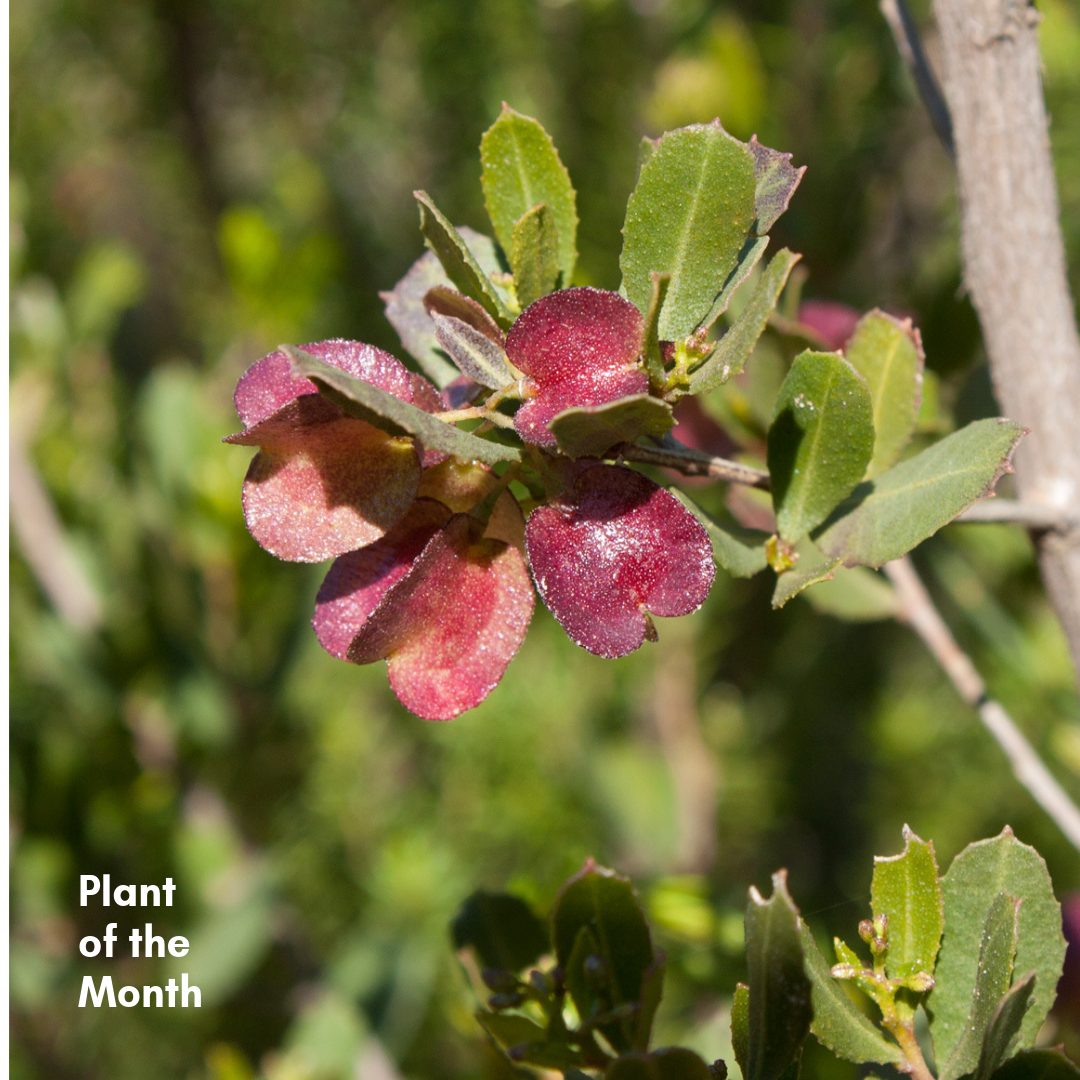 The Dodonaeas while not necessarily suited to an English cottage garden do have a number of species and varieties of interest horticulturally, medicinally and botanically, Common Hops (Dodonaea triquetra) being used by a few Landcarers for treating the inevitable ant bites.

Fern Leaf Hopbush (Dodonaea boroniifolia) and Propellor Bush (Dodonaea heteromorpha) are noted for their foliage, D. boroniifolia having leaves similar to the Boronias and D. heteromorpha having both simple and pinnate leaves being found on the same plant (the common name refers to the propellor like seed pods).

While most Dodonaeas are restricted to Australia some have very wide distributions with Sticky Hops (Dodonaea viscosassp angustifolia) being distributed across much of the southern (and into the northern) hemisphere being found in South America, Central America and into the lower states of the US, Hawaii, across the Pacific and Indian Oceans, Madagascar, parts of Africa, Pakistan and of course Australia and New Zealand.

Valued for it’s dense timber it has also been used medicinally for treatment of altitude sickness, skin complaints, stingray stings and used as a muscle relaxant and appetite suppressant, Sticky Hops is a very hardy shrub usually to 3m with glossy leaves, small red flowers and papery seed capsules ranging in colour from pale green to and attractive purple. Easily propagated from seed after hot water treatment Sticky Hops thrives on neglect.