Book Review: A Little Book of Latin for Gardeners

Book Review: A Little Book of Latin for Gardeners 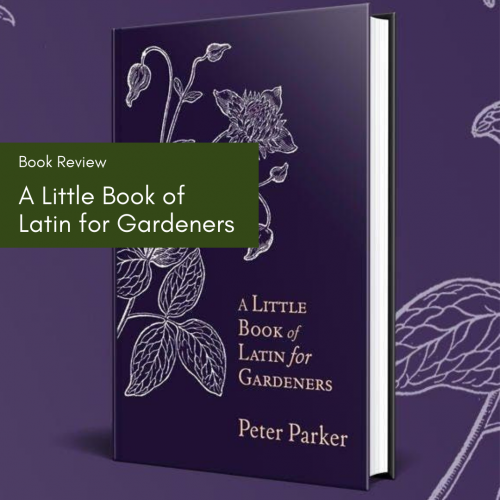 We’ve all been there, reading a botanical name and wondering both how to pronounce it and what the strange words actually mean. While finding a two thousand-year-old Roman to help with pronunciation is near on impossible it is often possible, with some searching, to find out what the words mean and why it has been applied to a particular plant. Botanical dictionaries are good for this and there is the very useful “Three Language List of Botanical Name Components” (A. Radcliffe-smith. Royal Botanic Gardens, Kew) but even with those some of the names still don’t make sense.

“A Little Book of Latin for Gardeners” by Peter Parker attempts to make some sense of this, particularly for British gardeners telling the story of the naming of many species common to the English garden including some of the history of plant collection as well as fights and feuds within the allegedly genteel world of botany.

Well worth a read for the serious phytophile, though there are few Australian plants mentioned and native plant purists will be left wanting more, particularly fans of the Dodonaeas, described in the book as a “rather dull genus of evergreen shrubs” (see this edition’s Plant of the Month). Hmmph!