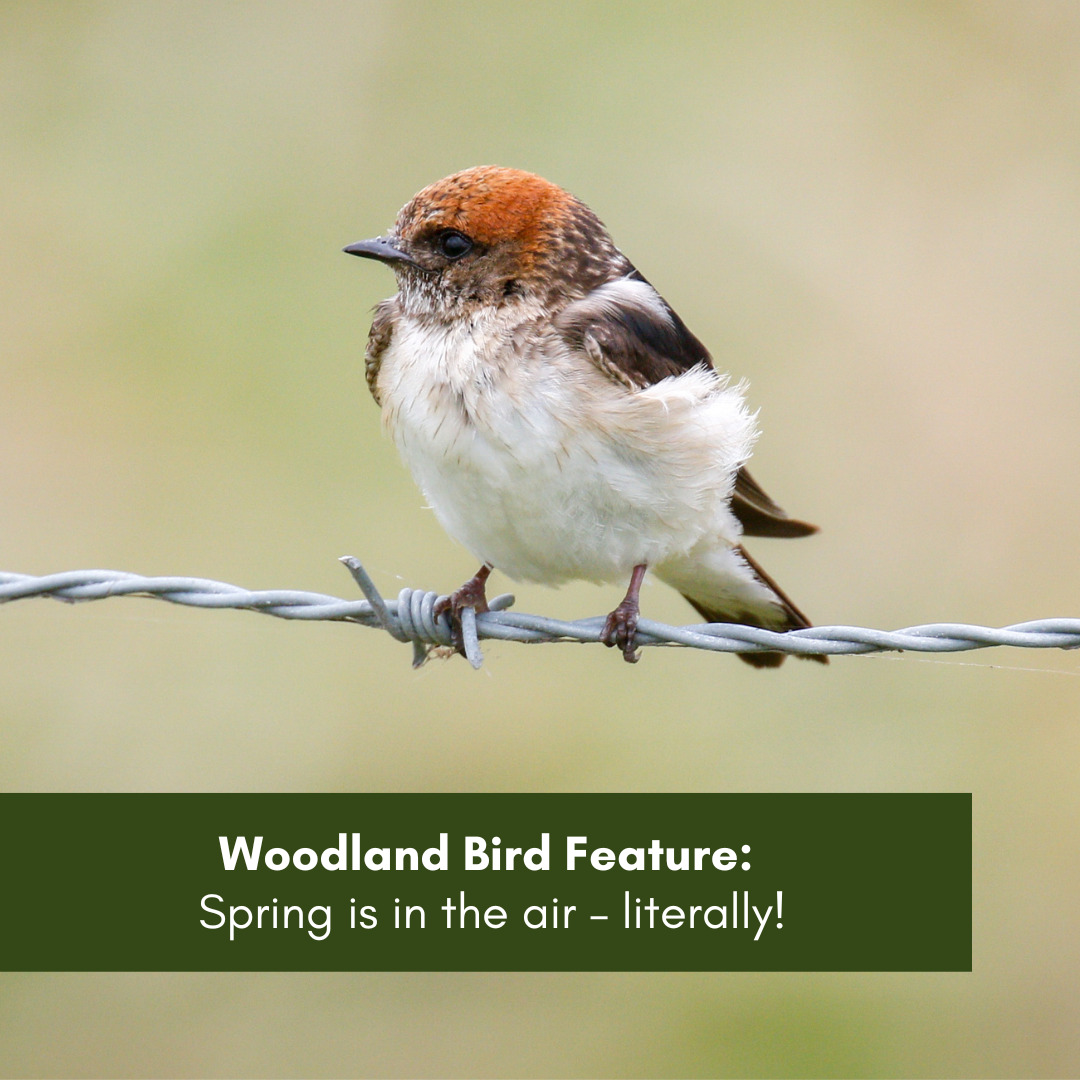 Woodland Bird Feature: Spring is in the air – literally!

Have you noticed the warmer days already? Don’t take any notice of that thing on the wall that thinks spring starts on the 1st of September; spring is well and truly underway by then! There are (I think) at least two springs; the first being “early spring”, which starts in mid-August and goes until around mid-October. After that we have what I call “proper spring” (yes, I need a better name!) which goes from mid-October until around mid-December. The differences between these two springs is that early spring is a time of arrivals and awakenings from the chilly winter, whereas proper spring is when migrants have fully settled in and breeding is well and truly underway.

In the skies, early spring migrants are arriving each day right now – White-breasted Woodswallows and Fairy Martins are flying over our houses, especially on those warmer days when the birds get more lift from the warm ground (cold and rainy days see far less migration happening). And although the southern migration of our honeyeaters and pardalotes is far more diffuse than the spectacle of the autumn northward migration it is still very exciting to watch these tiny birds heading back southwards into our temperate woodlands after escaping the winter chills further north in Australia somewhere. Everyone’s’ favourite early morning serenaders; the Eastern Koel and Channel-billed Cuckoos are announcing their return to all and sundry as well! It won’t be too long before some of our later arrivals like Dollarbirds and Rainbow Bee-eaters will be flying over our houses as well.

The vast majority of these birds that are flying over and/or singing their arrival songs to us will be breeding in this part of Australia once “proper spring” hits in a few weeks time. So get outside on a warm early spring day and keep an eye and ear out for our feathered returnees as they come back to our region. 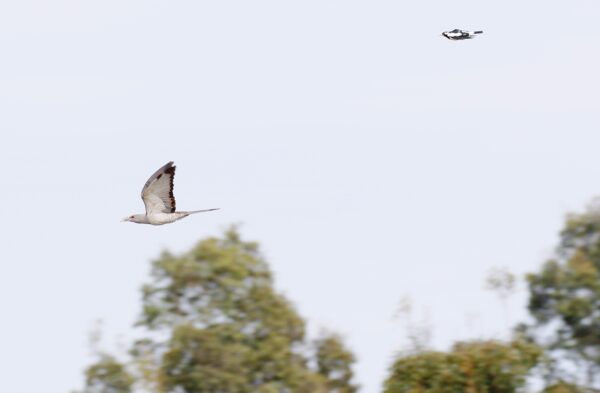 ← Tools, Tricks and Tips: Use it or lose it Winner of Australia's Favourite Tree Announced →