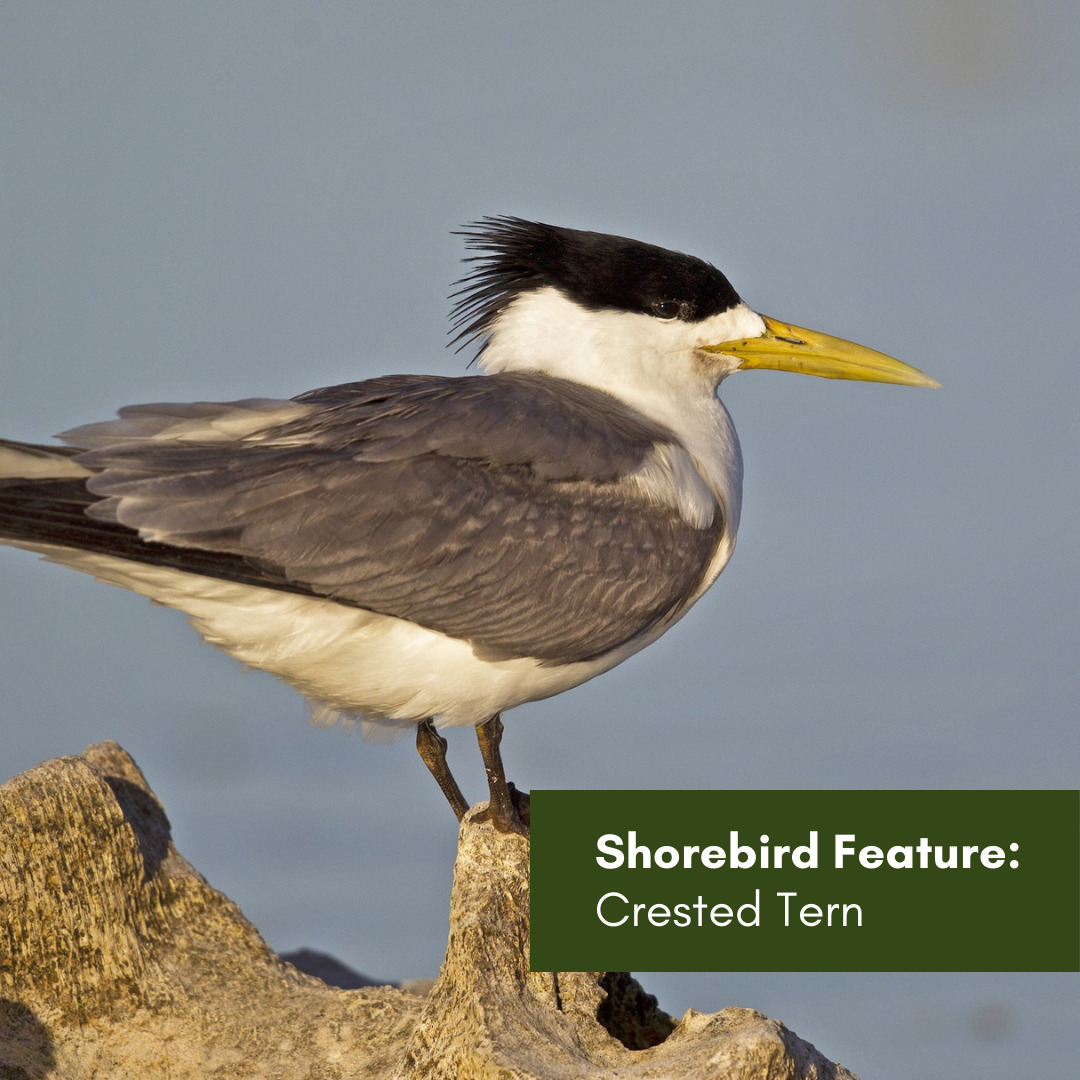 As many of us flock to the shoreline for some lockdown-permitted exercise, you may have spotted flocks of Crested Terns. These ubiquitous shorebirds are the 2nd largest of the Australian Terns- approximately 49cm in length and are the most commonly seen species.

With pale yellow bills, grey wings and white undersides, their most recognisable ID feature is the black scruffy crest- reminiscent of a black mullet (business at the front, party at the back!).

Crested Terns gather in flocks, sometimes co-mingling with other species, on beaches, rock shelves and coastal estuaries where they rest after fishing offshore.

A significant roosting site is the rock platform by the Newcastle Ocean Baths, adjacent to the Cowrie Hole, where many people frequent. Although the population is considered secure, it’s important to give these birds plenty of space and keep our dogs on lead to prevent disturbance. 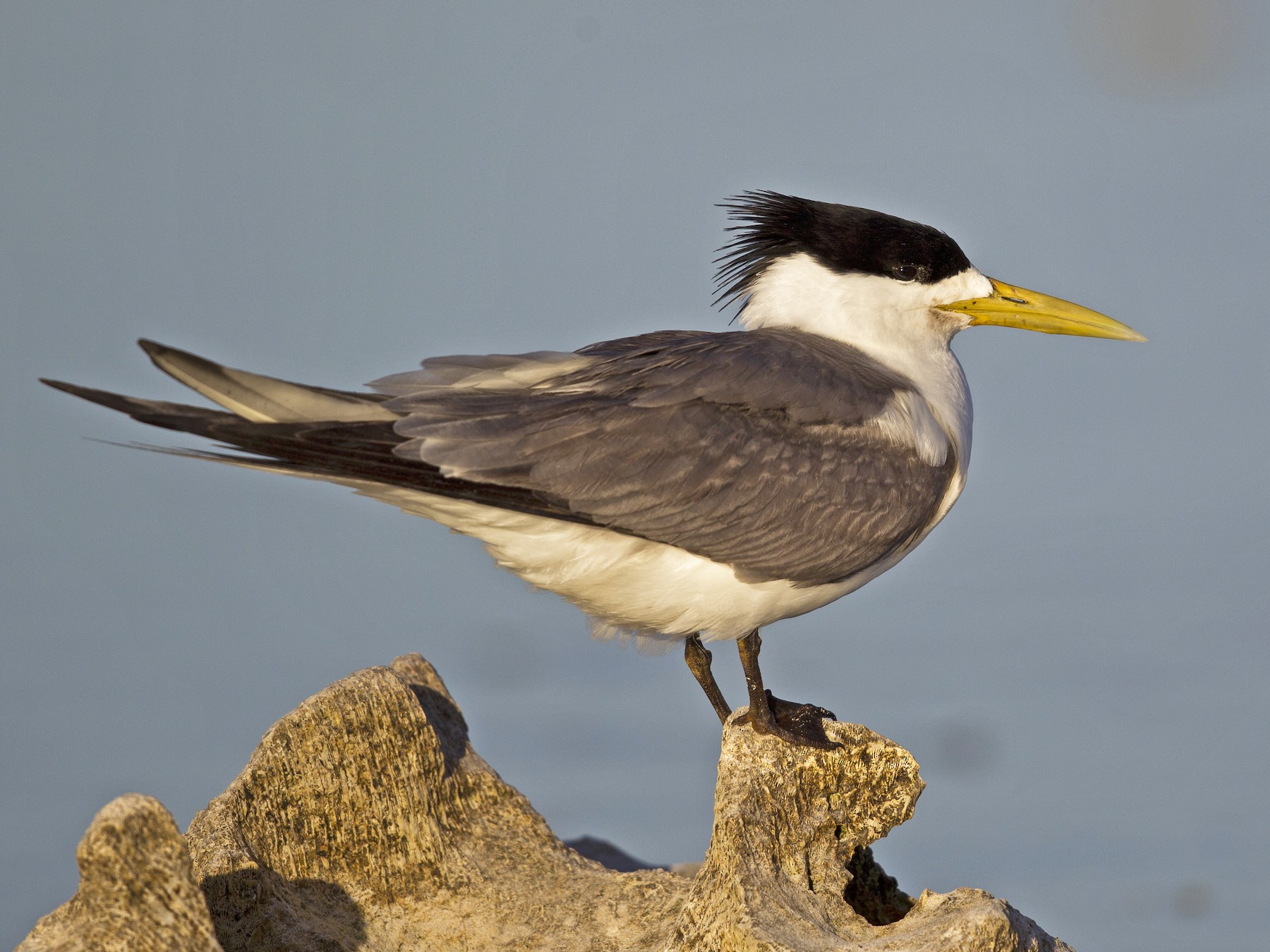