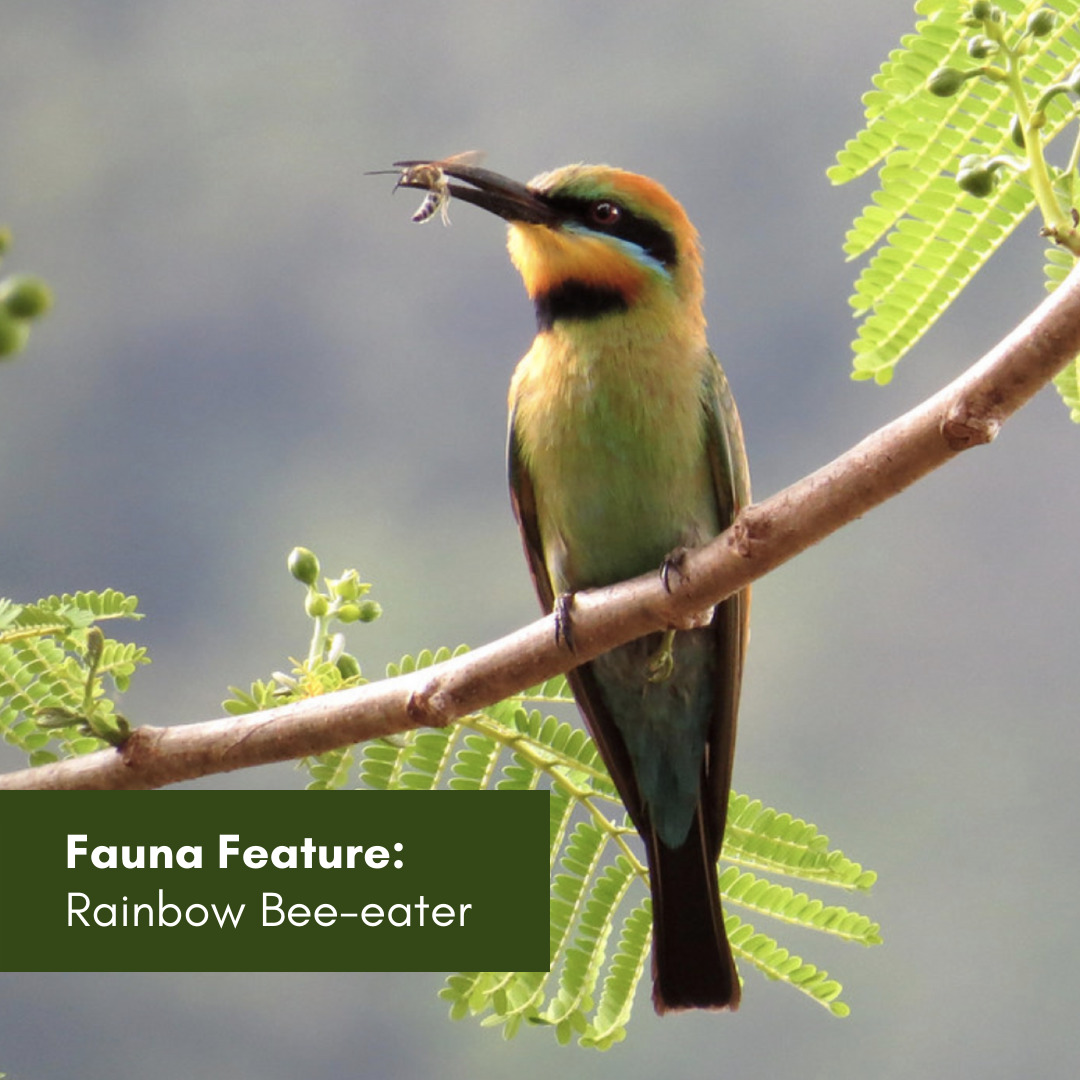 A First Nations’ Dreaming story describes how birds were created when a rainbow burst and its fragments fell on Earth. The colours of the rainbow are well represented in one of the most magnificent and colourful Australian birds, the rainbow bee-eater (Merops ornatus).

The sole representative of the Meropidae family in Australia, rainbow bee-eaters, are brightly coloured birds found in Australia, Indonesia and New Guinea.

Rainbow bee-eaters have golden-yellow faces masked by a black stripe. Their bodies are primarily green, with shades of chestnut and turquoise blue with rust-orange underwing feathers. Their tails are black with blue hues and distinctive dark streamers. The juveniles have more green, are less vibrant and do not have the tail streamers or a black throat band. Although females tend to have shorter, thicker streamers than males, it is not always easy to distinguish them as they are so similar. The rainbow bee-eater call is easily identifiable, and with a repetitive trill, can be slightly likened to the sound of a cricket’s chirp. 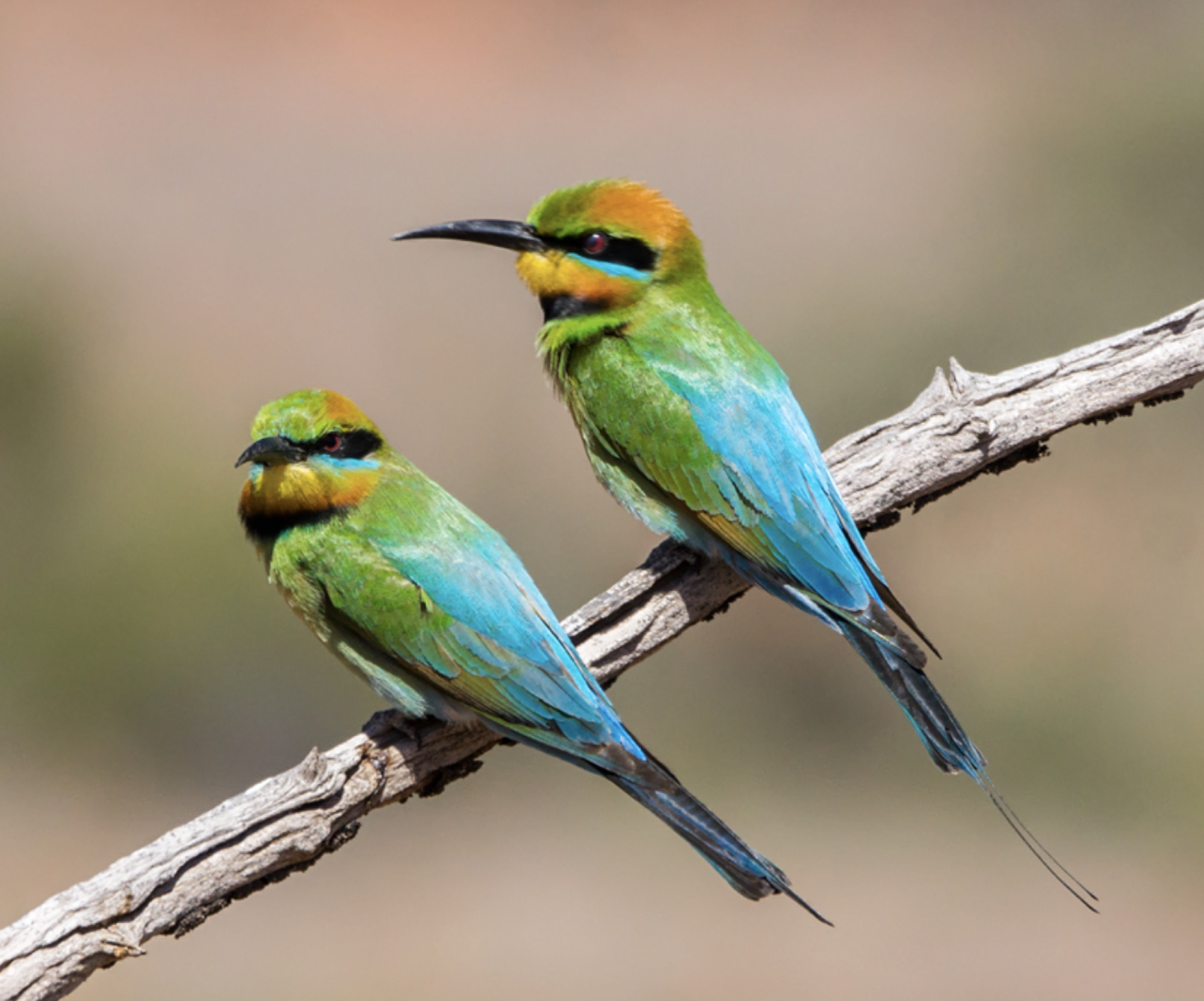 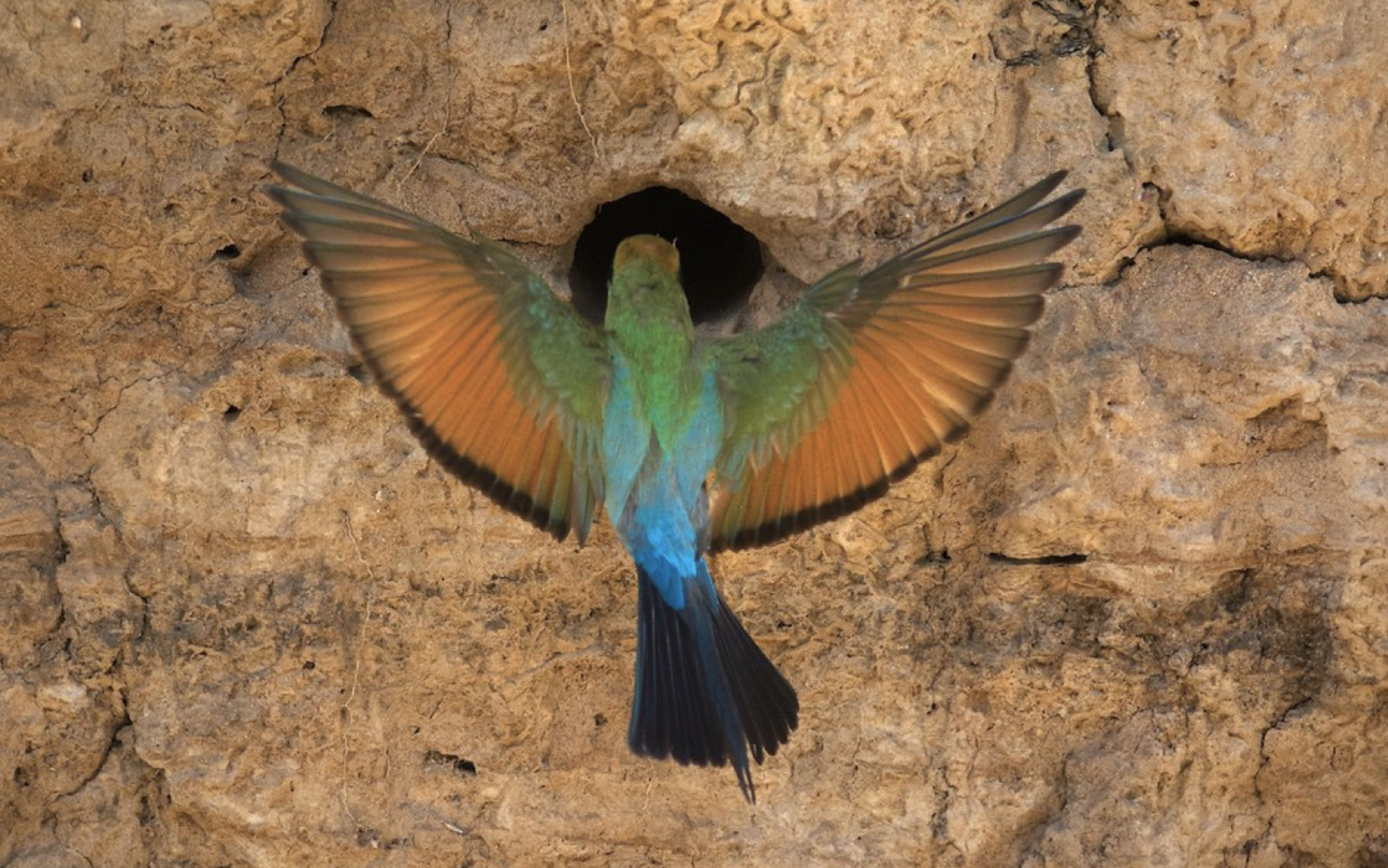 Rainbow bee-eaters are commonly found near water in open forests, woodlands, shrubs, farmlands, orchards and vineyards. They are migratory and travel back south from the top-end in November. During summer, you may spot them anywhere along the Hunter River. Ground-nesting, they often dig tunnels leading to nesting chambers. These tunnels have been found in disturbed environments such as queries and mines. The tunnels are incredibly narrow, so they push in clean air while the old air is sucked out as birds enter and exit. Rainbow bee-eaters are believed to mate for life. The females lay between three to seven eggs and incubate the eggs, with the help of the male parent, for 20 to 24 days. The juveniles are fed by both parents and sometimes by helpers. Rainbow bee-eaters are highly social and commonly fly in large flocks, sharing nests with group members and other bird species.

They prey on flying insects such as wasps, butterflies, beetles, moths and have a particularly strong appetite for bees. True to their name, rainbow bee-eaters can eat one hundred bees a day, making them quite infamous amongst beekeepers. However, they contribute to regulating wild populations of insects such as locusts and hornets. From their perch, rainbow bee-eaters can spot an insect fluttering up to 50 metres away. Flying swiftly and often acrobatically, they catch the wings of their prey and bring it back, where they will hit them against the perch before swallowing it. When attacking bees and wasps, they typically rub them against the perch to get rid of the venom glands and the stingers before eating them. An example of such a behaviour can be seen in the following video: 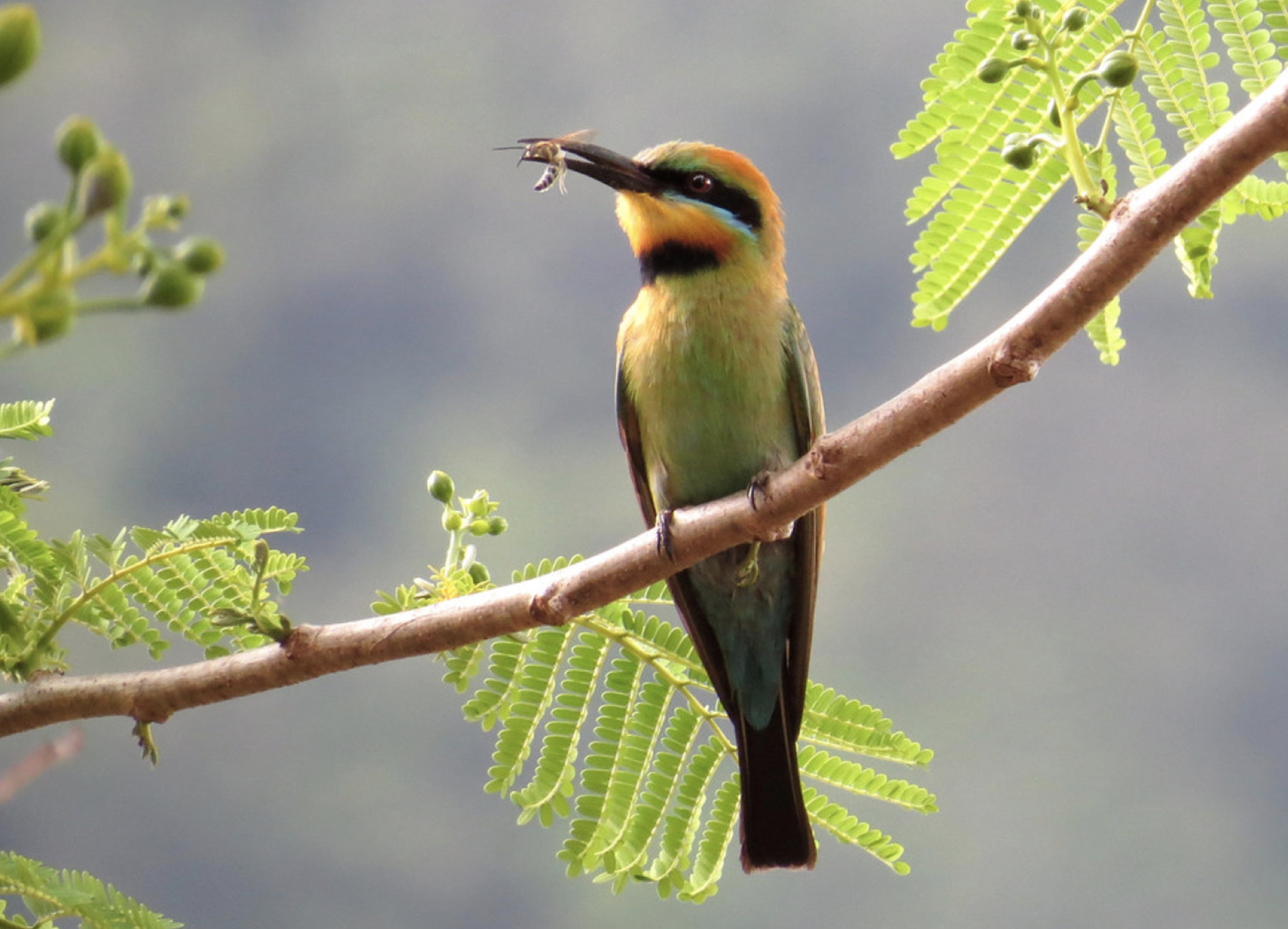 Further readings, including recordings of calls: