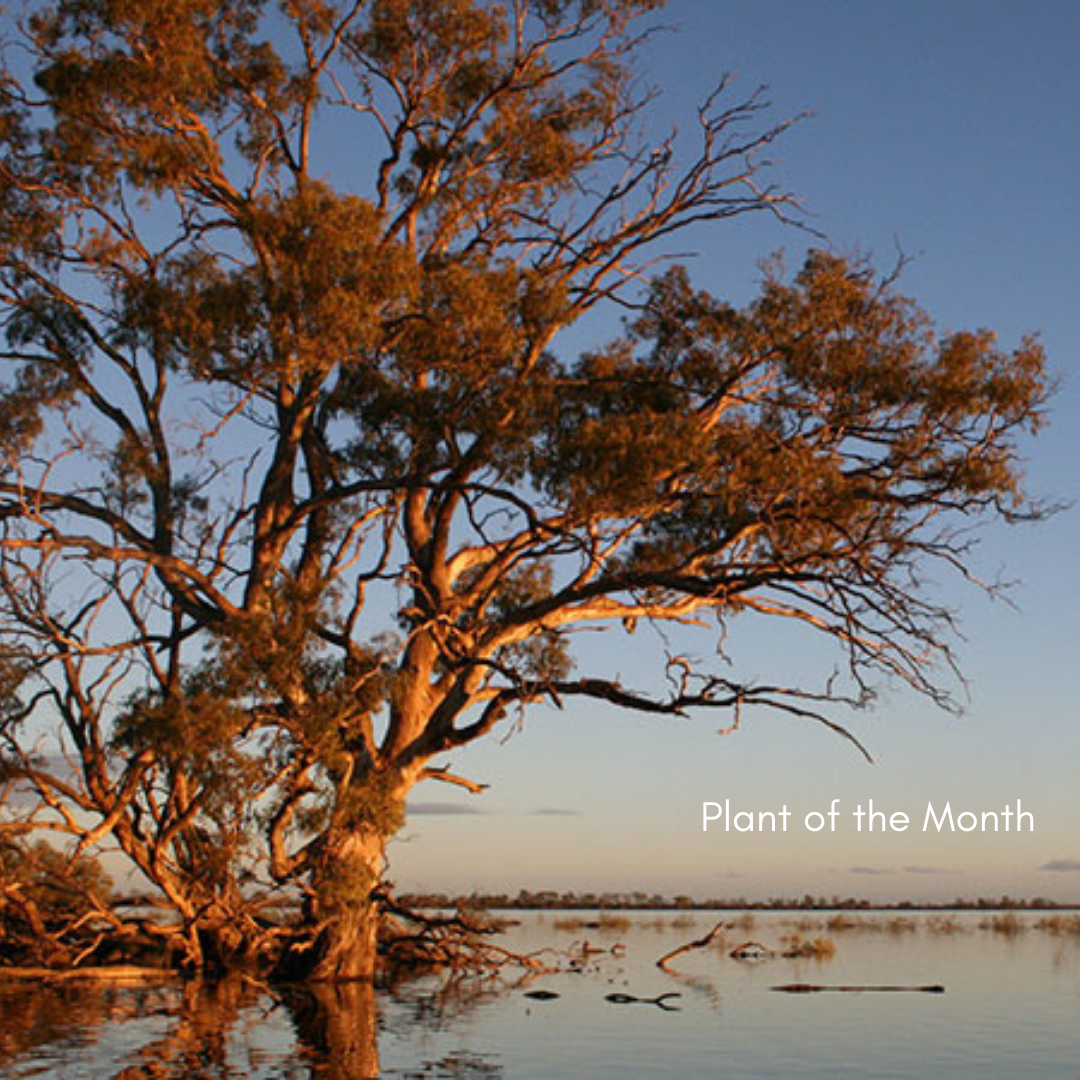 An Australian icon and most widespread of the Eucalypts, the River Red Gum is found near waterways over much of inland Australia and found (naturally) as far east as Hinton in the Hunter Valley.

The Hunter River Red Gum population is the only naturally occurring population of River Reds found east of the Great Dividing Range and have been declared an endangered population. Most stands of River Red Gum are isolated and often consisting of only a few mature individuals, with a couple of stands around the Scone and Aberdeen area numbering in the hundreds.

Hollows in River Red Gums provide habitat for a wide range of birds and arboreal mammals.

Given the isolation of the stands inbreeding is regarded as one of the threats to the population and sourcing of tubestock from genetically healthy stands (or from a multiple of stands) needs to be considered when planning revegetation works.

The River Red Gum can get to more than 30 metres in height and over 2 metres DBH (diameter at breast height) with smooth bark over most of the trunk and can be identified by the peak on the flower’s operculum (though this can be confused with Yellow Box which often occurs in the same area) and the flattened ball shape of the gumnut with the valves protruding from the top (see illustration).

Easily accessible stands of River Red Gums can be viewed at Redbourneberry Reserve, Singleton and Aberdeen and Scone Golf Courses.

(*while botanical names can often help in identifying plants referring to a colour, shape or general feature, “camaldulensis” refers to “L’Hortus Camaldulensis di Napoli” a private garden in Naples, Italy where the sample for the original description of River Red Gum originated in 1832 apparently from seeds sent by Allan Cunningham collected from near Condobolin  NSW in 1817, unfortunately these trees were cut down in the 1920’s).