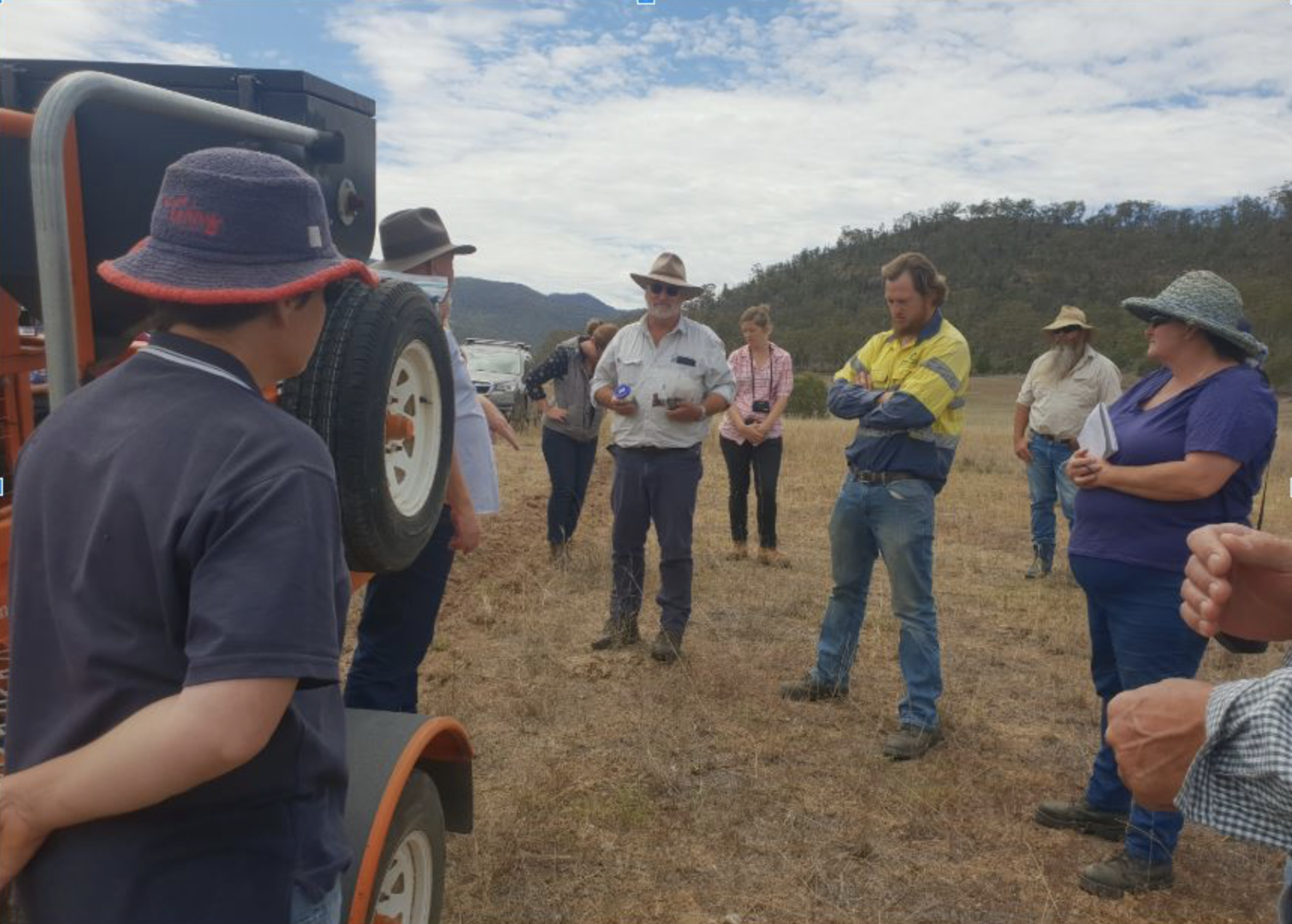 On Sunday 25th November around two dozen people got together at Martindale to talk about seedy stuff. Organised as part of Hunter Councils Nine Valleys Project (with the assistance of HRLN, Martindale Creek Catchment Landcare, Hunter Local Land Services and the Australian Network for Plant Conservation) the day was to discuss and demonstrate the use of direct seeding in revegetation works.

A number of tools and techniques were discussed by  Martin Driver of the Australian Network for Plant Conservation and Steve Field of Fields Environmental Solutions including a demonstration of a vehicle towed direct seeder (with seed donated by Greg Major of Future Harvest).

While direct seeding is regularly used in mine site rehabilitation and in other regions it has rarely been used in the Hunter but with trials under local conditions could represent a cost effective means of revegetating large areas. 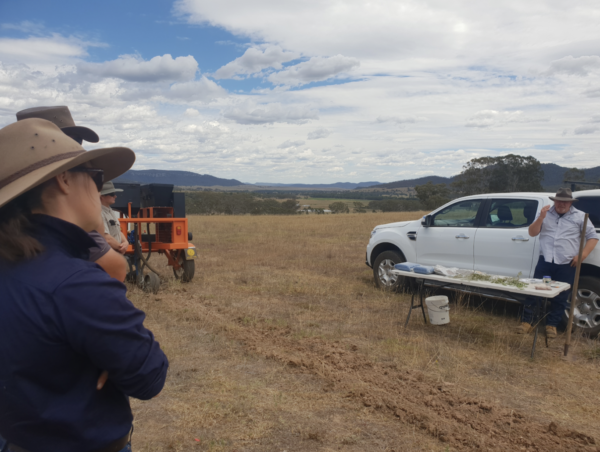 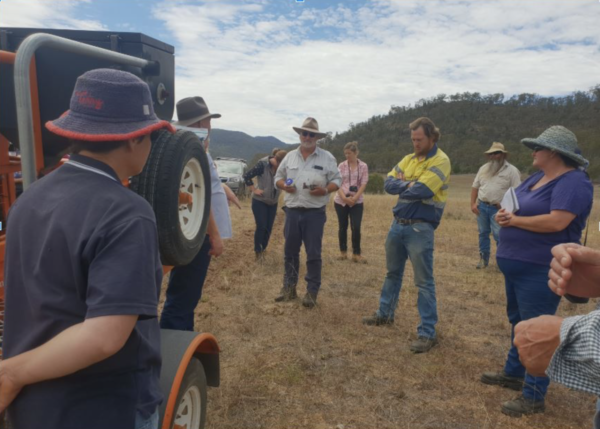 The Upper Hunter is unique along the East Coast as one of very few areas east of the great dividing range to be home to numerous western and arid zone species, one of the more interesting groups of these are the Sandalwoods (Santalum spp.). The Sandalwoods (and broader Santalaceae family of which there are another five or six species in this region*) are a semi parasitic plant deriving much of their nutrients from parasitising the root systems of host plants.

In the Hunter we have three Sandalwoods, Blunt Sandalwood (Santalum obtusifolium), which is relatively common east of the range, generally found in forested situations, Northern Sandalwood (Santalum lanceolatum) which extends from Cassilis in the west to Broke and Stewarts Brook, often found on rocky knobs in association with Kurrajongs (Brachychiton populneus) and Sweet Quandong (Santalum acuminatum).

Till now there’d only been one recording of Sweet Quandong in the Hunter Catchment, in the vicinity of Wingen Maid (I found one as well near there a couple of years ago). Last weekend at the Martindale Direct Seeding Workshop a small patch of Sweet Quandong suckers was found, the patch is in an area that is fenced off and will be allowed to regenerate. The patch found represents a significant range extension for the species and will give me something else to look out for in that area.

While Sandalwoods do contain the famous Sandalwood Oil it is only the Santalum spicatum of Western and South Australia and Indian Sandalwood Santalum album which produce it in commercial quantities.