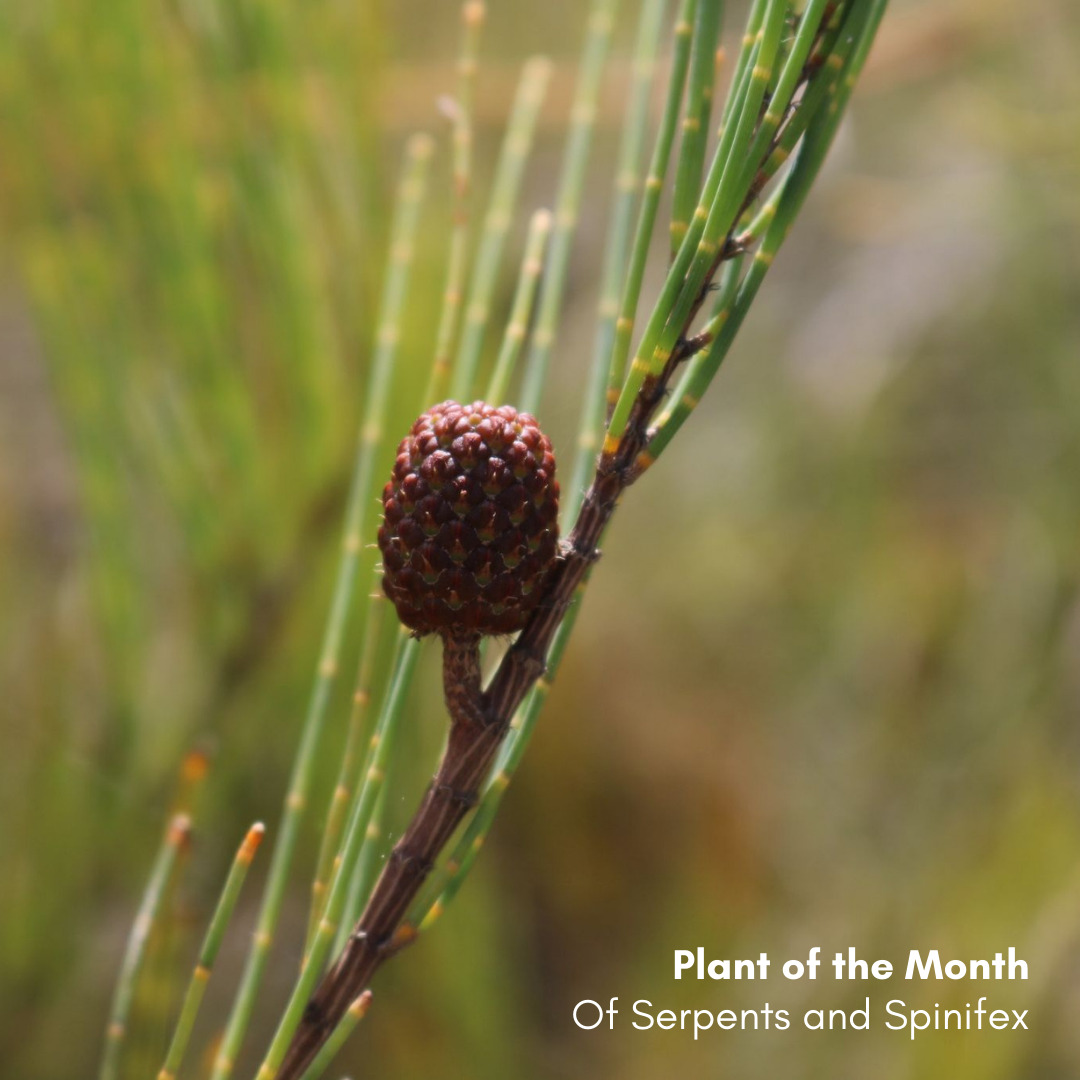 Plant of the Month – Of Serpents and Spinifex

Botanically the Hunter Region compares well with other regions of the world for diversity. Given our geographic location with the New England Fold Belt to the North and East and the largely sedimentary Sydney Basin to the South and West (with the Hunter-Mooki Thrust Fault, which can be best pondered from the verandah of the Durham Hotel at Wingen, right in between) we find ourselves at the Northern, Southern, Eastern or Westernmost extent of many species. 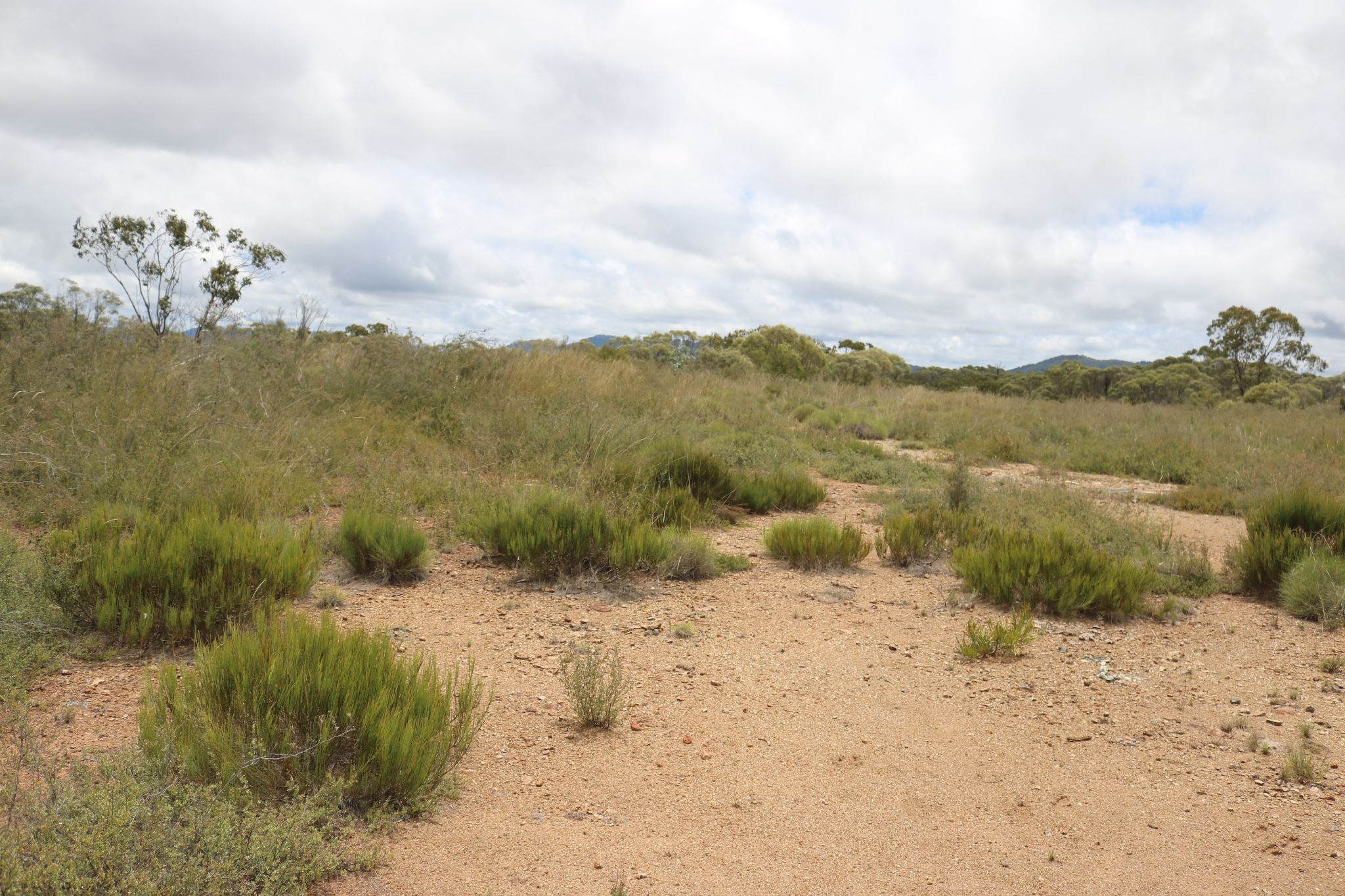 Surely this isn’t in the Hunter?

“Deserts? In the Hunter? You’ve lost it this time Paul!”

Okay, well technically it’s in the Manning Catchment but it’s still within the Upper Hunter Shire.

Australia’s deserts are relatively wet by world standards but they are characterised by soils of very low fertility and the low soil fertility is what explains many of our local “deserts”.

Anyone who has studied up a little on soils will know that soil pH is a major determinant of nutrient availability, neutral soils of around pH 6-7 are optimal for nutrient availability, too much above or below that beneficial nutrients become unavailable and elements which are topic to plants, such as Nickel and Aluminium are released.

While the geology of the Sydney Basin is relatively simple with layer upon layer of sedimentary deposition the geology of North and East of the Hunter Mooki Thrust Fault is older and much more complex showing periods of volcanism, sedimentation, folding, faulting, deep and shallow marine deposition as well as metamorphism.

One of the more interesting of the metamorphic rocks found in the region is Serpentinite. Serpentinite is formed by the hydration of ultramafic rocks (low in Silicon, often high in Chrome, Magnesium and Nickel) at tectonic plate subduction zones (I’m simplifying it a lot here) resulting in a rock less dense than its parent rock. Serpentinite is often a greenish, waxy-looking rock resembling the skin of a serpent.

Within New South Wales Serpentinite often occurs as “belts” with the Great Serpentinite Belt skirting the north of our region running from Warialda to Nundle then with a number of exposed outcrops over to Taree.

Serpentinite, when it breaks down, becomes a highly alkaline soil which is toxic to many plants, (phytotoxicity), within these areas plants evolve mechanisms to deal with the high alkalinity (high pH) and become so specialised they are rarely found outside that soil type. 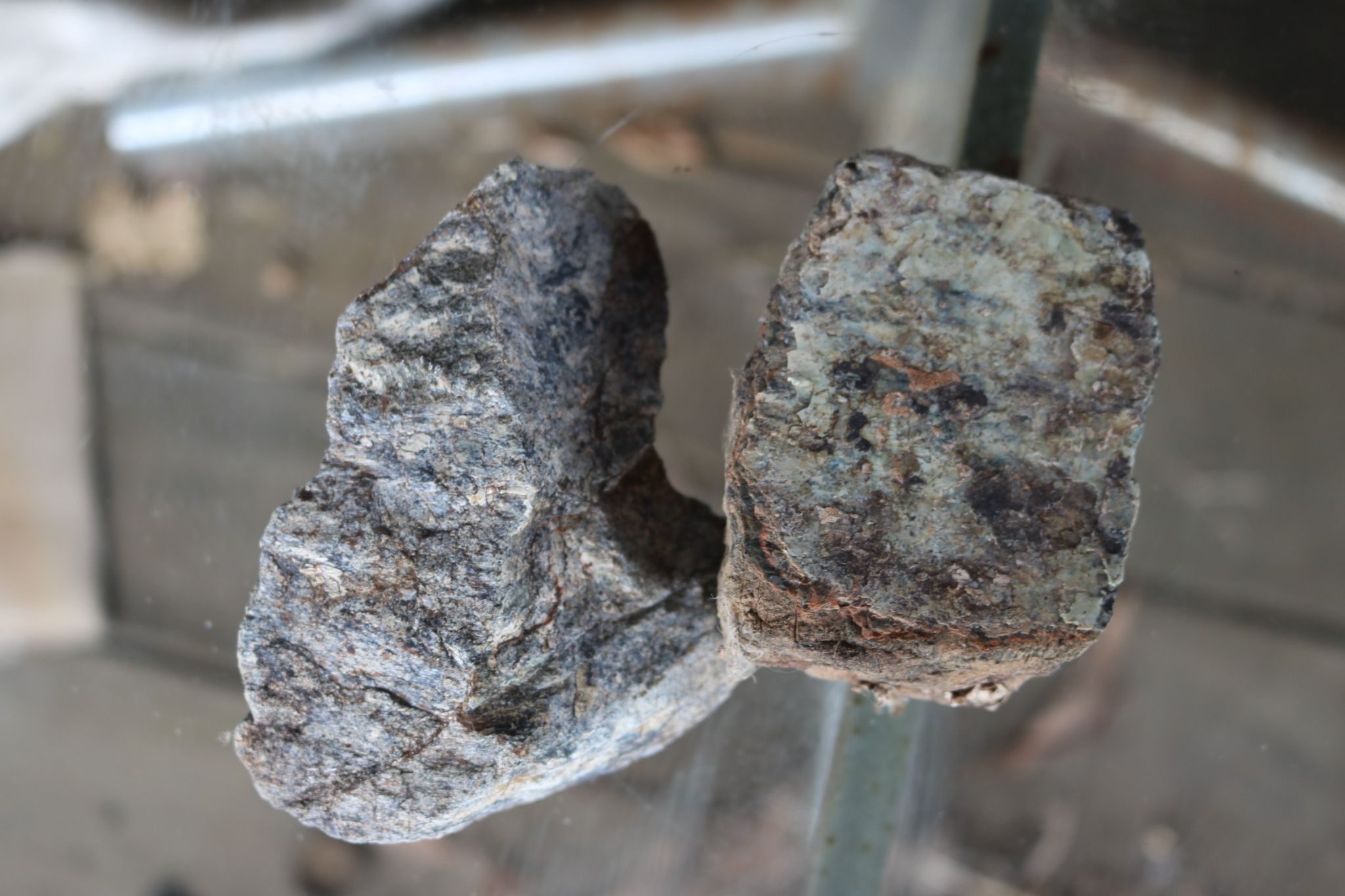 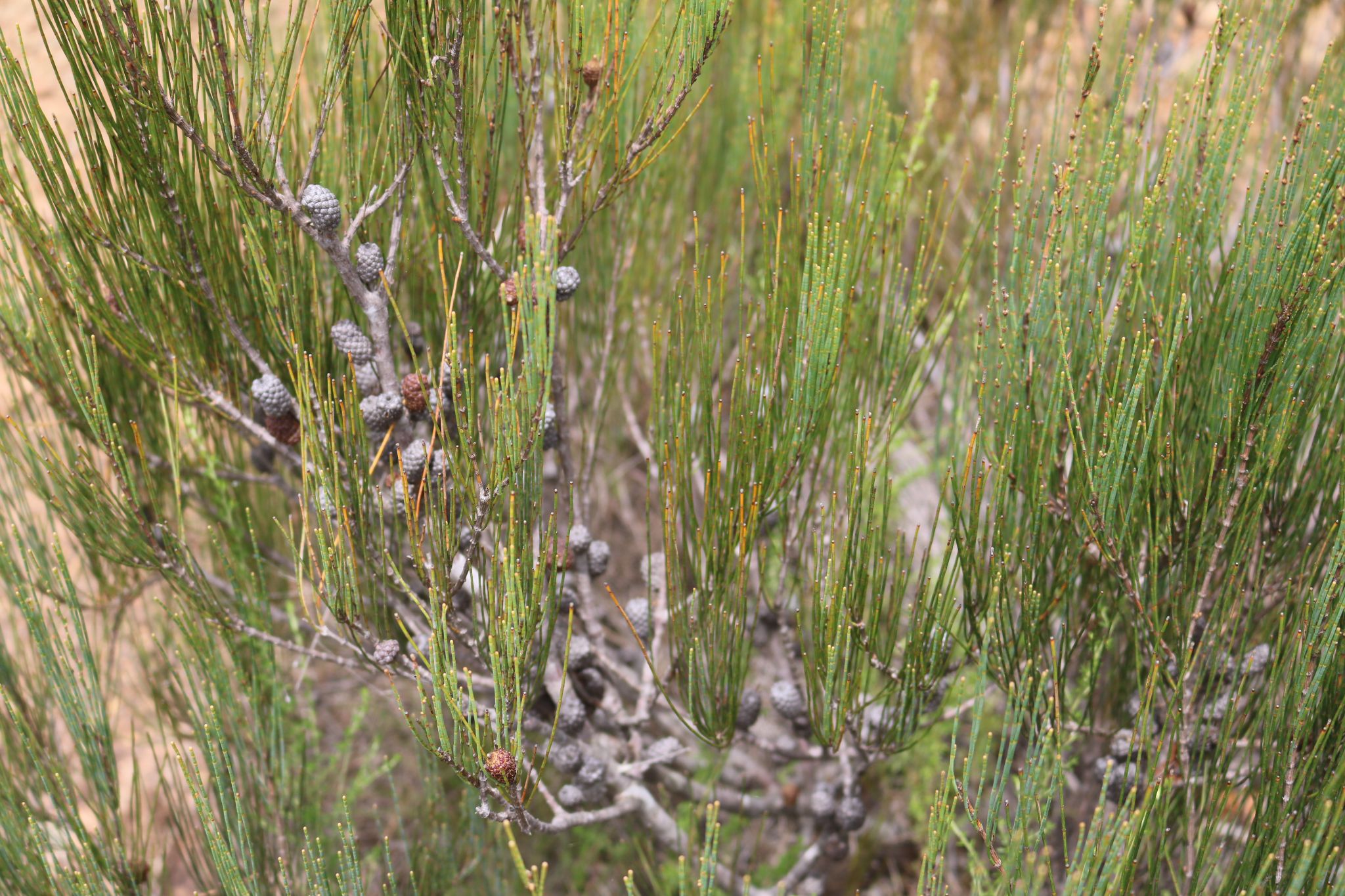 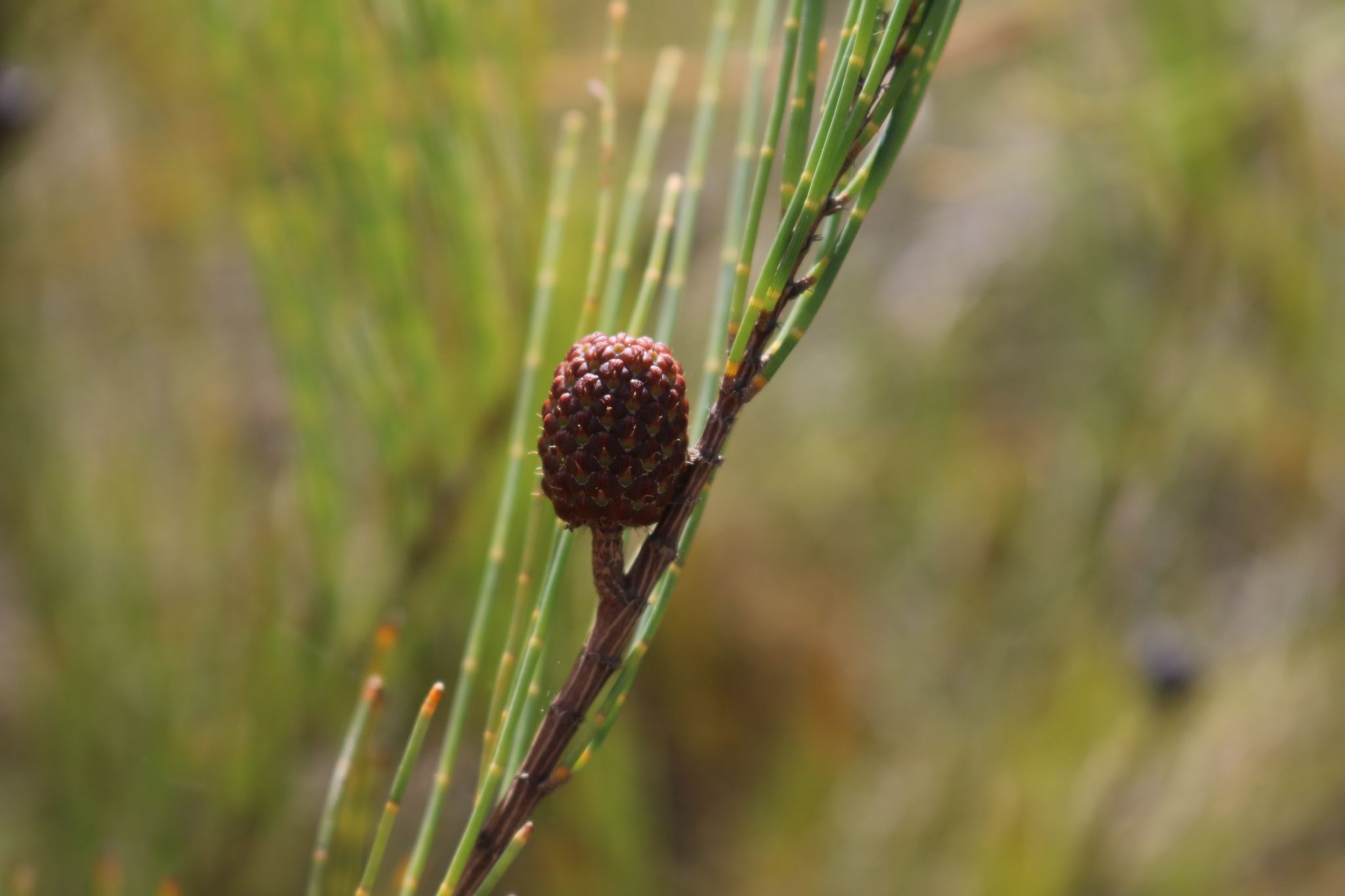 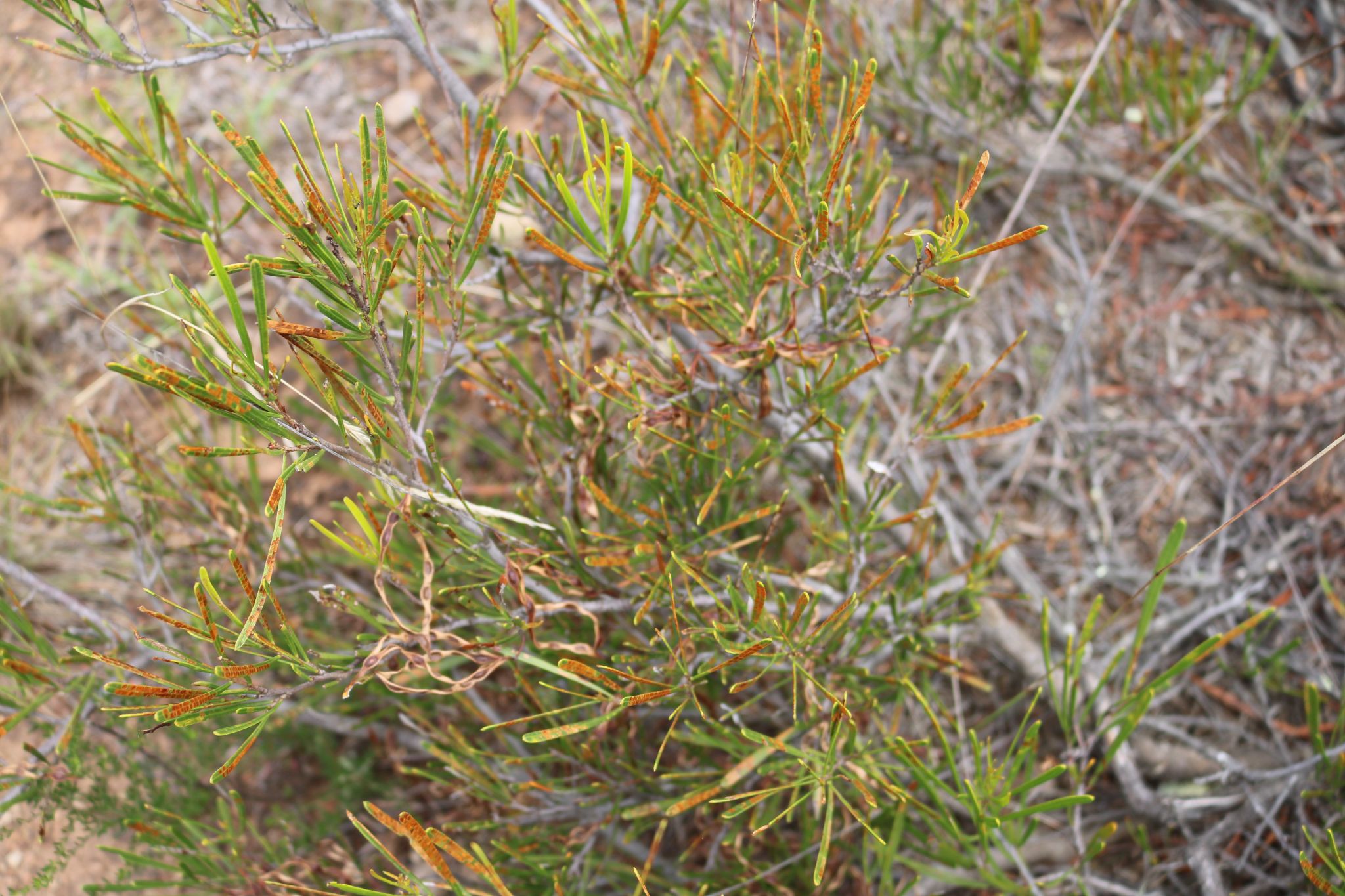 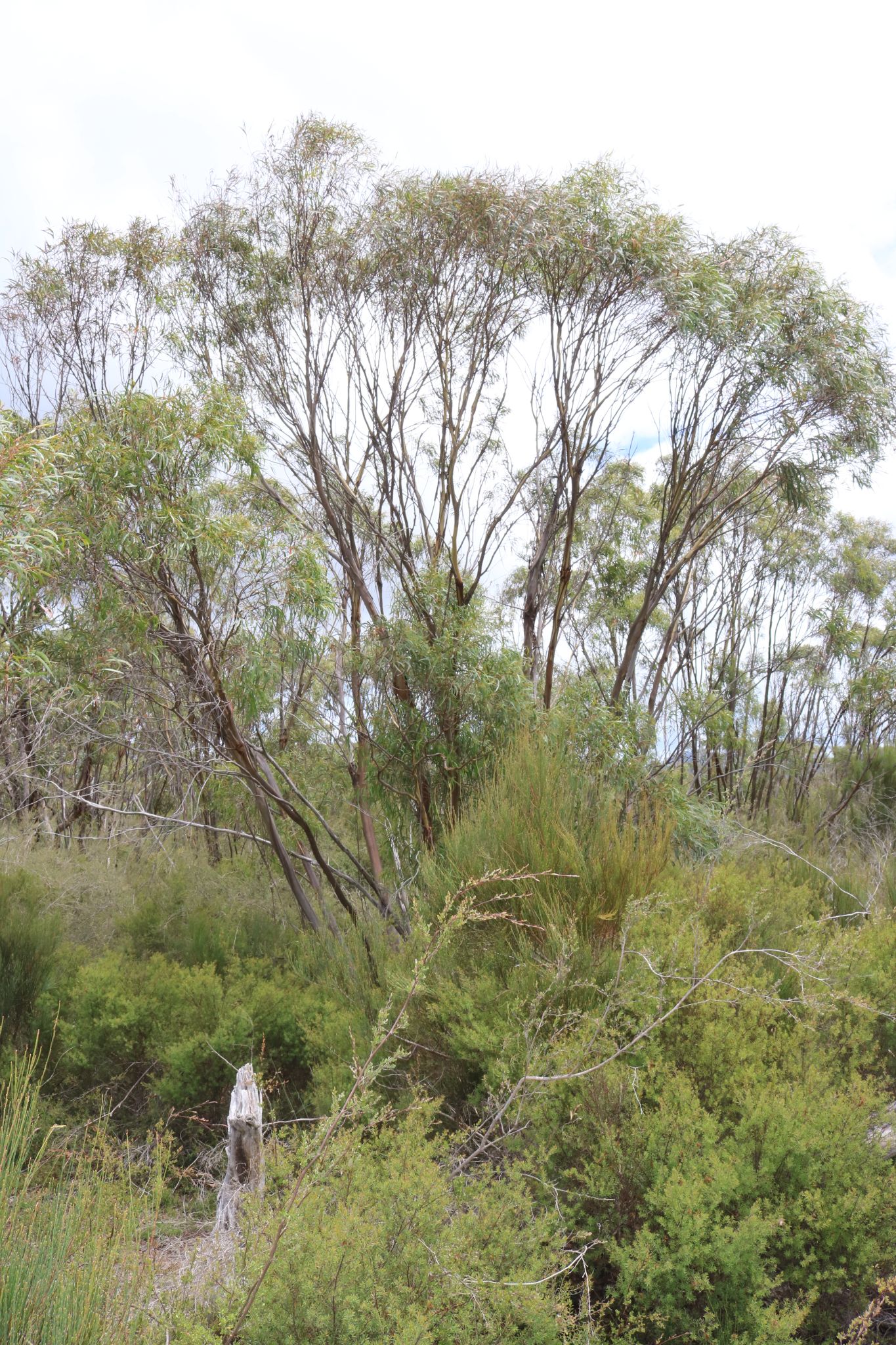 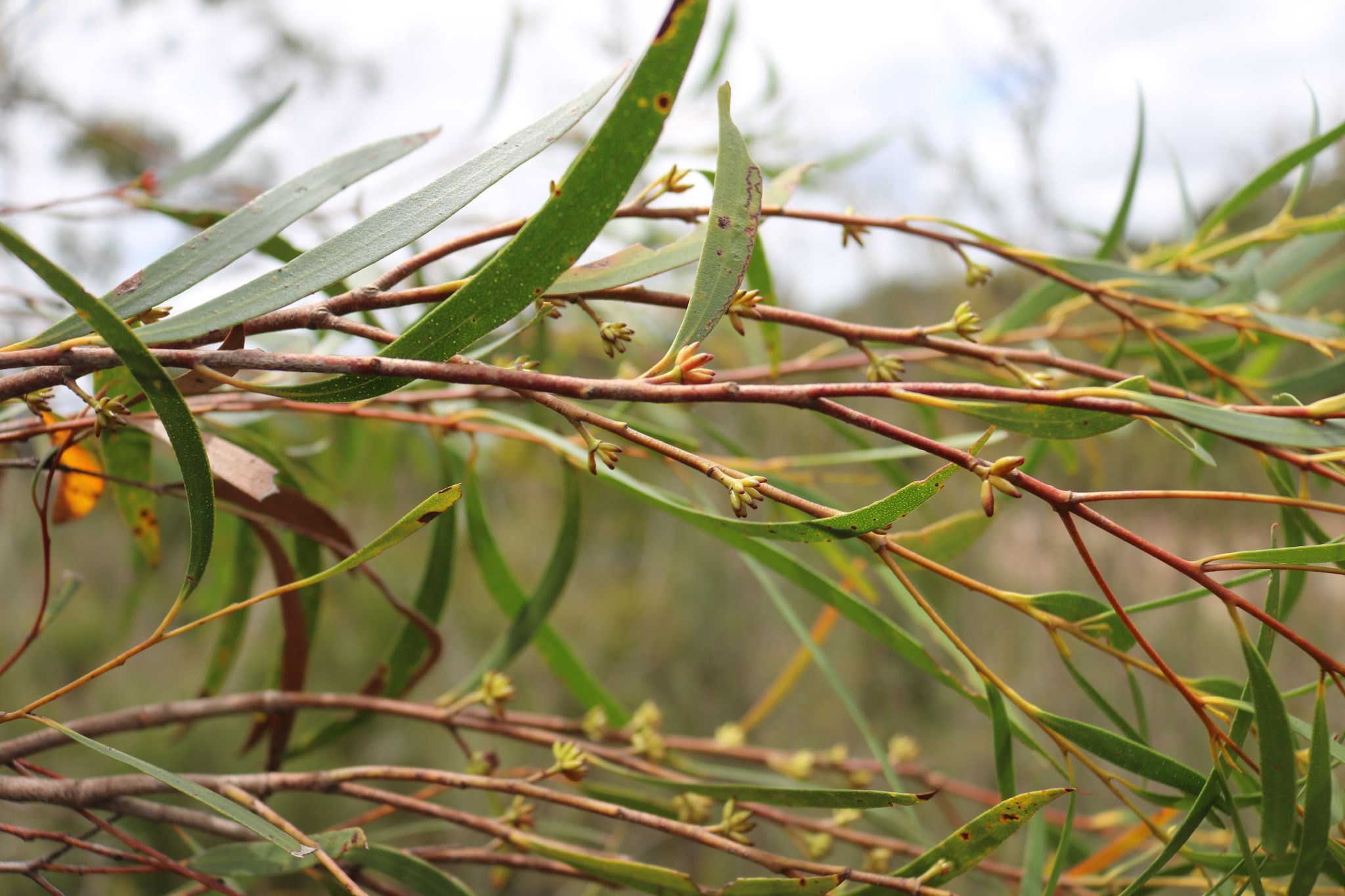 While the best “desert-like” example of this community occurs on private lands between Ellerston and Nundle there are outcrops along Carters Road between Tomalla and Bretti and in the Watchimbark Nature Reserve. Given recent flood damage access to these areas is likely to be closed or difficult and even then a four-wheel drive and good planning are recommended.