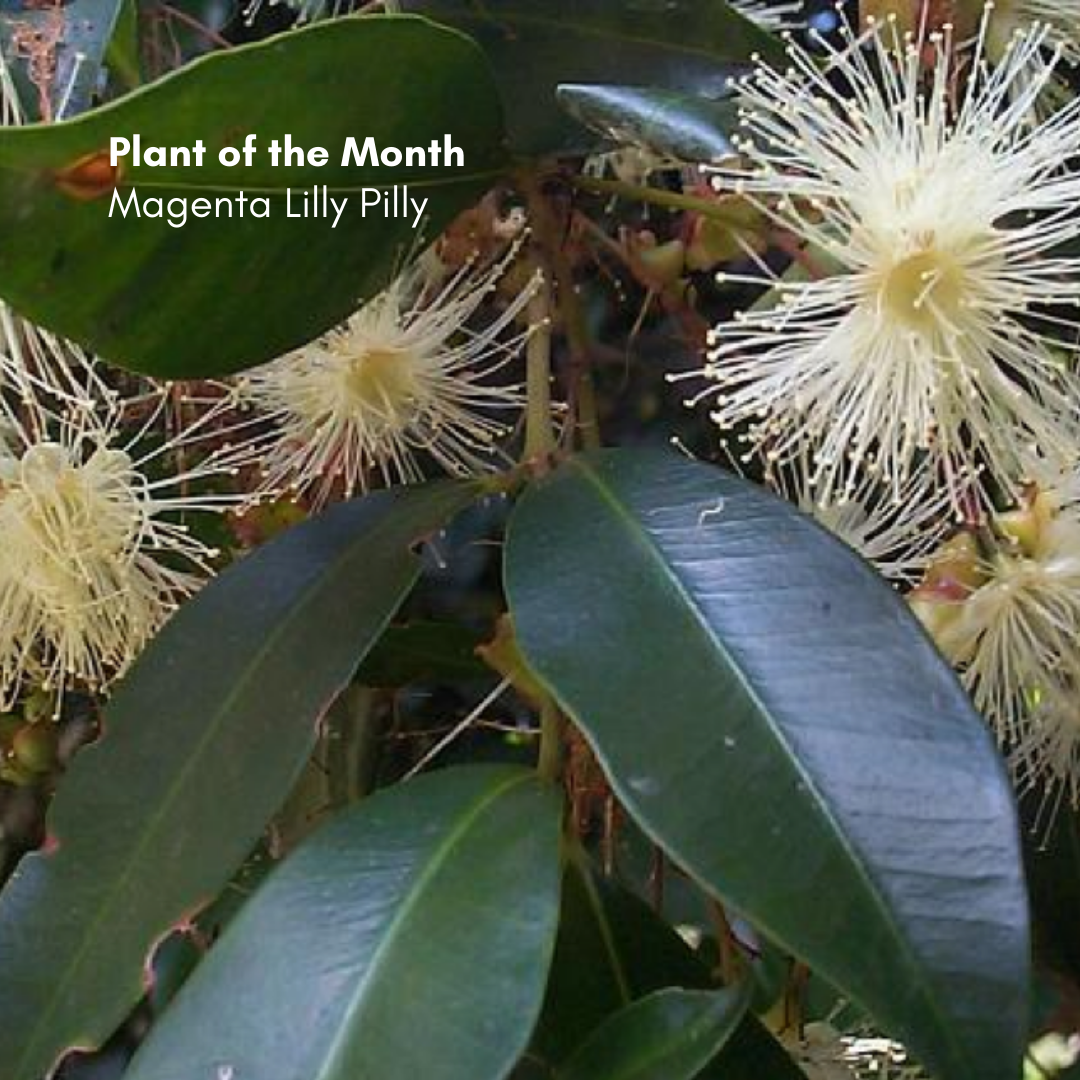 March is a great time for fans of bushfood, Kurrajongs, Sandpaper Fig and the Magenta Lilly Pilly all ripening. This year was a good season for the Lilly Pilly here in the Upper Hunter and while I didn’t get to see any out in the bush ones planted around the streets of Muswellbrook were chockers with fruit, consequently I have a few hundred seeds in the fridge and have just potted up 90 odd for the nursery (I did make some Lilly Pilly jam, but, umm, well, that just didn’t last). 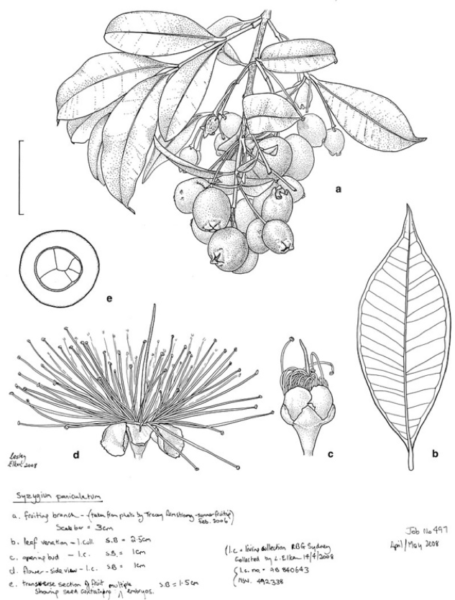 While the Magenta Lilly Pilly is listed under both State (Endangered) and Federal (Vulnerable) legislation and is uncommon in the wild it is nevertheless widely planted as a street or garden tree (There’s quite a lot planted around Mayfield, along with another bushfood Brown Plum Pine or Illawarra Plum Podocarpus elatus) and is quite hardy.

The Magenta Lilly Pilly is a shrub to small tree with dark green glossy leaves with paler undersides, 4.5 to 10cm long, 1.5 to 3cm wide. Flowers have numerous stamens and the fruit is magenta coloured, rounded to 15-25mm diameter with a solitary seed. 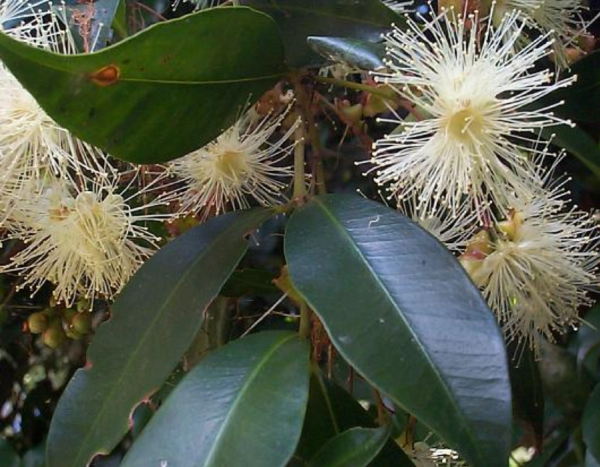 They ripen late summer, early autumn and are easily grown from seed with no special treatment.