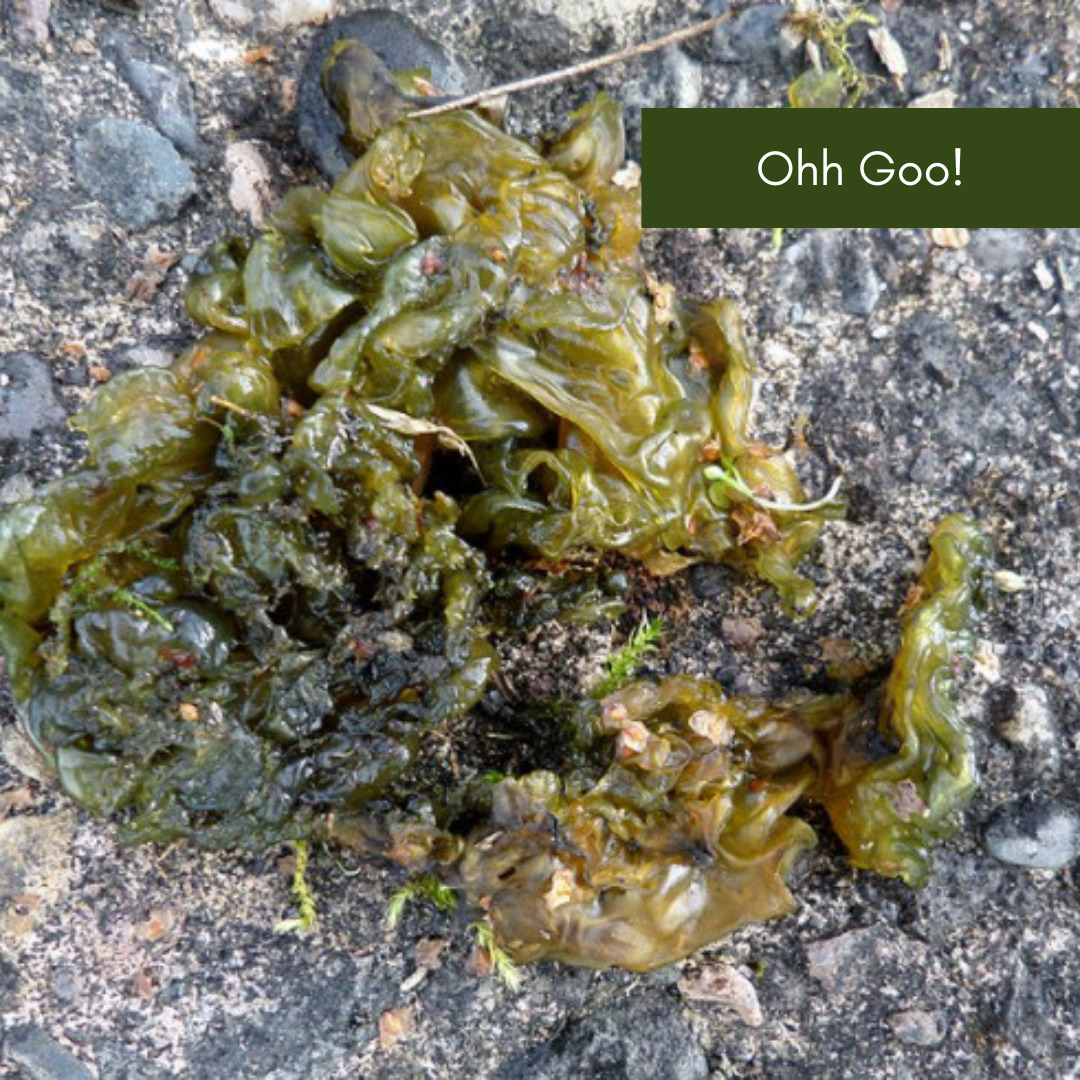 I’ve been told you can’t claim to have a real nursery till you have Flickweed, by that standard I’m afraid I do have a real nursery. I spend some time keeping it and other regular nursery weeds (Oxalis, Willow Herb) under control, they’re annoying but manageable. There are some other nursery invaders which take a bit more effort, moss and liverwort, and then there’s Nostoc.

Despite looking like a plant  Nostoc is neither plant, nor fungi (nor animal) but rather a colony of Bacteria. 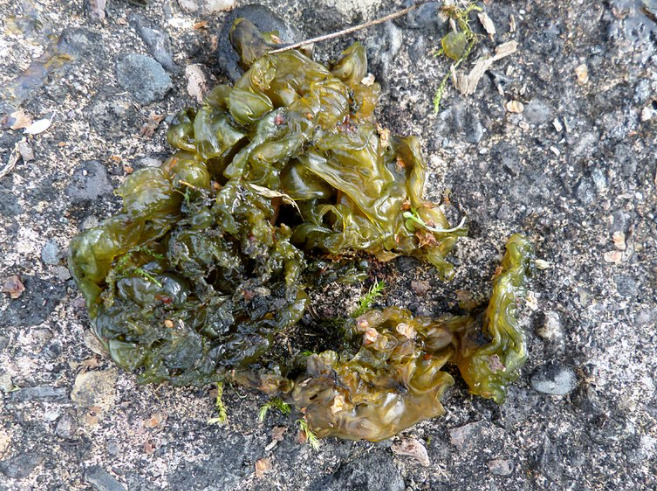 Nostoc is a primary coloniser of bare rocks (as are the lichens) and is found in a range of environments from deserts to the tropics and in fresh and salt water, it fixes Nitrogen from the atmosphere and can provide a substrate for plants to colonise areas. In dry times it desicates to a hard black crust.

Despite being an annoyance to nurseries, various species of Nostoc have been used for food or in traditional medicine and chemical metabolites are being researched for use in medicine, biofuels and fertilisers.