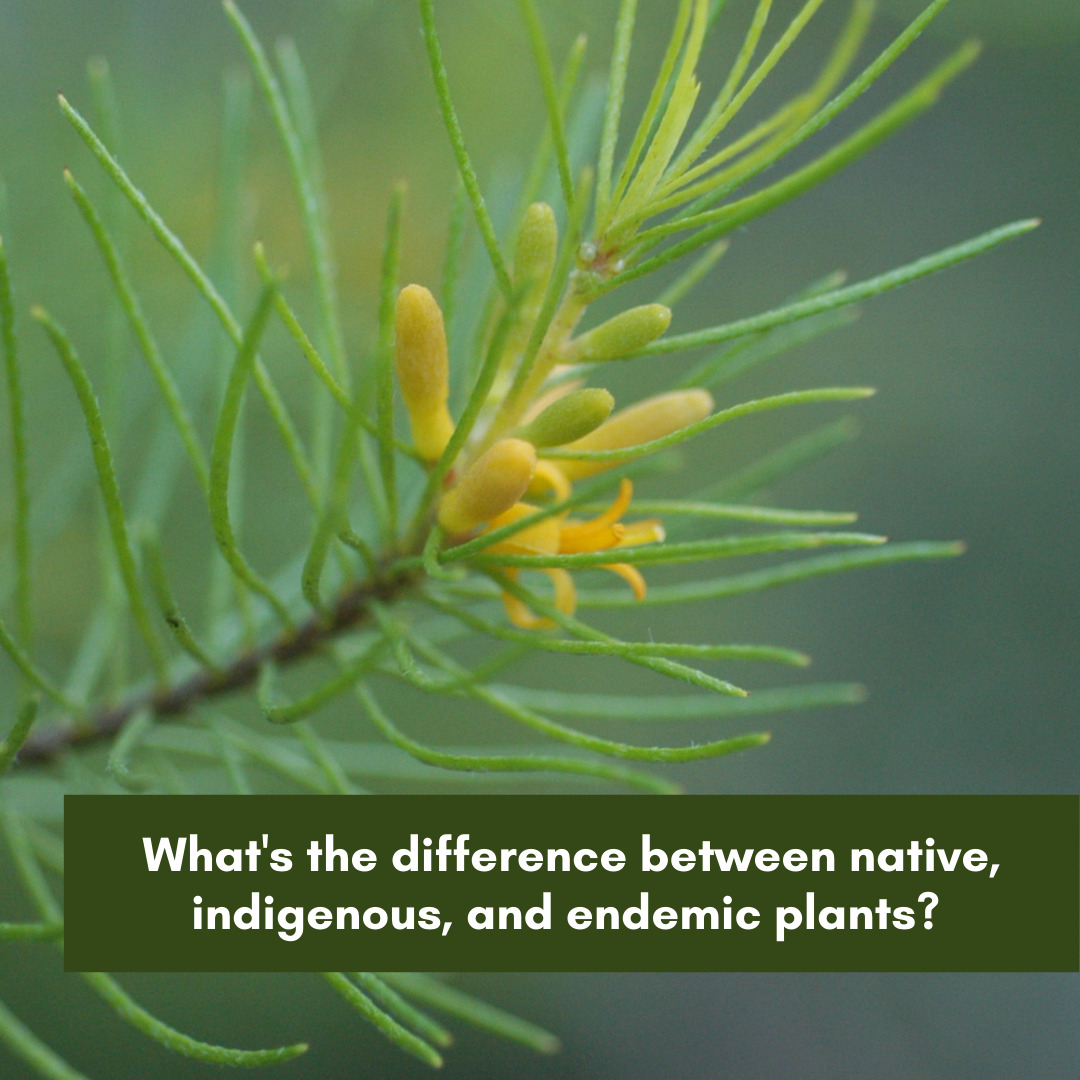 What’s the difference between native, indigenous and endemic plants? And why is it important?

These terms confuse a lot of people, so let’s just take a minute to clear things up.

‘Native’ is a general term for plants that occur naturally in a country but not necessarily across the whole of that country.

‘Indigenous’  – Indigenous species are categorised as a type of native species that occur in the local area but may be more widely dispersed.  To take this a bit further, ‘Local provenance indigenous’ plants are genetically adapted to the local conditions even if it occurs elsewhere.  In bush regeneration or ecological restoration, local provenance is preferred as it means that the genetic makeup of the plant is better suited to the local area and preserves the genetic material.

‘Endemic’ – An endemic species is also regarded as a type of native species but refers to a plant that occurs only in a specific geographical area and nowhere else.  Endemic species only prosper under a certain set of specialised conditions found in particular habitats.

An example of an Australian native and commonly cultivated plant is Corymbia ficifolia, a species of gumtree that is endemic to the south-west of Western Australia.  An endemic species which occurs only in a restricted region in the Hunter is the North Rothbury Persoonia pauciflora.  This species is also critically endangered due to disturbance from grazing, fire, and slashing and the fact that it is not a cosmopolitan plant.

Why is this important? Well, just planting native species in an area, without checking if that plant is indigenous to that area, can be detrimental for the surrounding ecosystem. Native species can become weeds in areas where they aren’t originally from and can take over habitats. This can alter the whole ecosystem by not being the plant that species like birds or small mammals feed off, they can change groundwater levels by taking up too much water, and they can cross-pollinate with the indigenous species, creating hybrids.

Therefore, before you buy a pretty-looking native, make sure you ask if it is indigenous to the area where you are going to plant it.  If you do this, it can help the indigenous fauna and flora by providing better habitat to support the local ecosystem.  See our list of nurseries that provide plants indigenous to the Hunter. 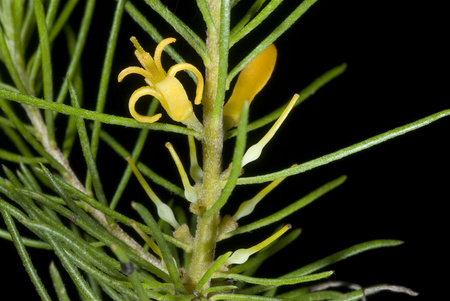