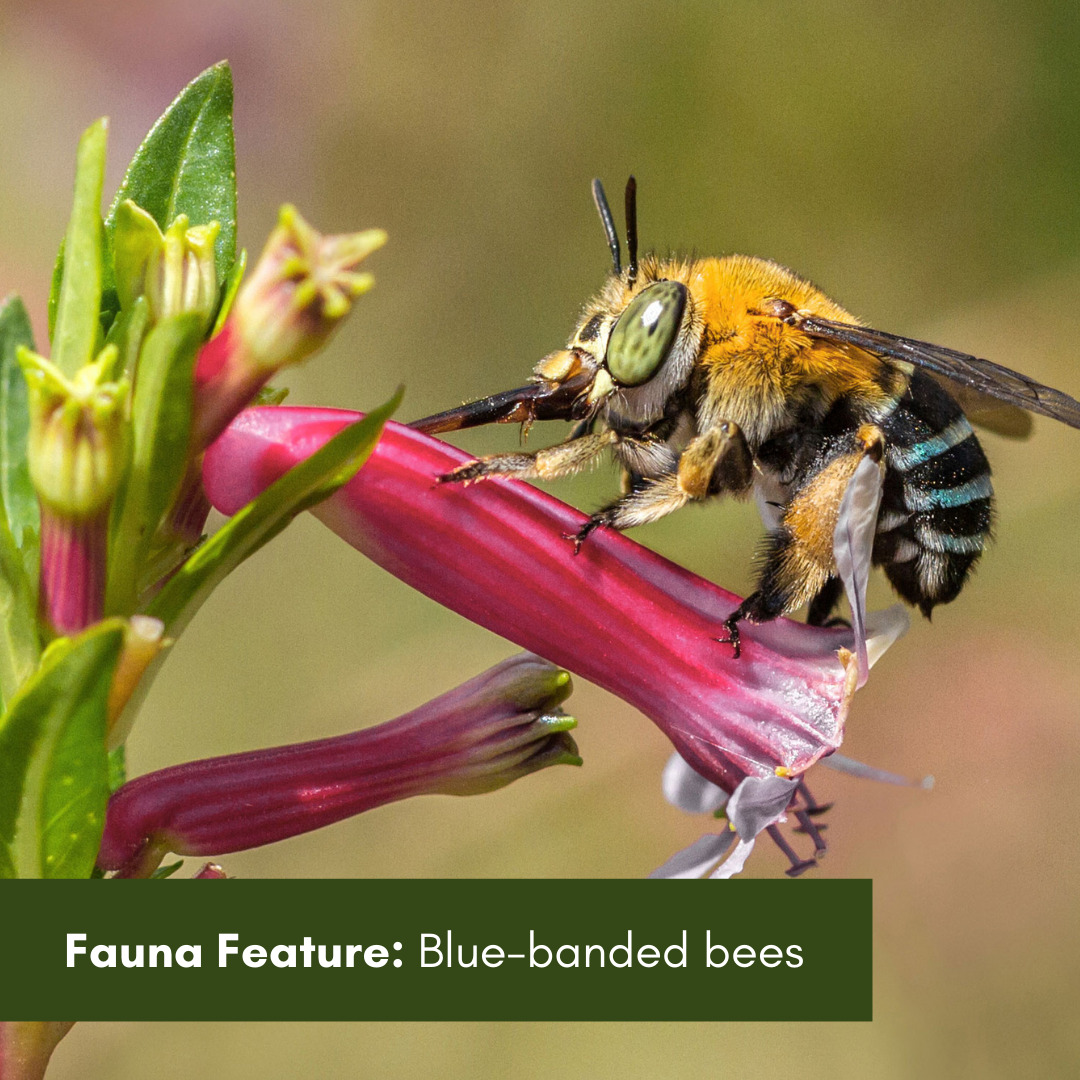 Blue-banded bees (Amegilla cingulata) are native to Australia and can be found all across the country except in Tasmania. Their size varies between 8 and 14 mm. Although blue-banded bees have a sting, they are not aggressive and present no danger. Blue-banded bees possess a golden-brown furry thorax with a distinctive white or yellow furry face. The most distinguishable characteristic is the iridescent hairy blue stripes on their black abdomen. This colour is due to microscopic diagonal stripes on each hair reflecting the light. The males have five stripes while the females only have four.

Solitary, the female build their own nest independently but tend to be attracted to areas where other females and nests are observed. The female blue-banded bees use their jaws to dig their burrows in mortar, mud bricks or sandstone. Inside, they create oval-shaped cells filled with nectar and pollen. Then, the female secretes a waterproof substance to protect each cell after laying their eggs. The female caps the cells and enclose the burrow searching for another site to nest. The eggs will take seven weeks to hatch, and each individual can live up to 40 days. The males tend to stick together in small groups. They sleep together at night and will spend their morning foraging and looking for females to mate.

Blue-banded bees are particularly attracted to blue flowers. They forage and pollinate both exotic and endemic plant species via “buzz pollination”. The bees create vibrations that allow tiny capsules within flowers to break up and expel the pollen. Some species of plants require buzz pollination. Current research investigates the potentially significant role the blue-banded bees could have in agriculture as they contribute to 30% of the crop pollination.

Blue-banded bees’ nests are the targets of the invasive exotic neon cuckoo bees. They lay their eggs in the blue-banded bees burrows. As the neon cuckoo eggs hatch earlier, the larvae consume all the nectar and pollen deposited in the cells. Other threats to blue-banded bees include birds and cane toads as well as human development. 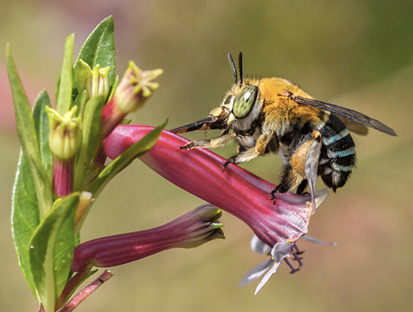 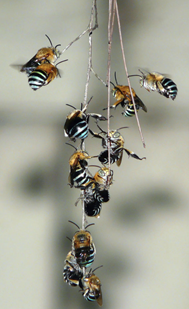