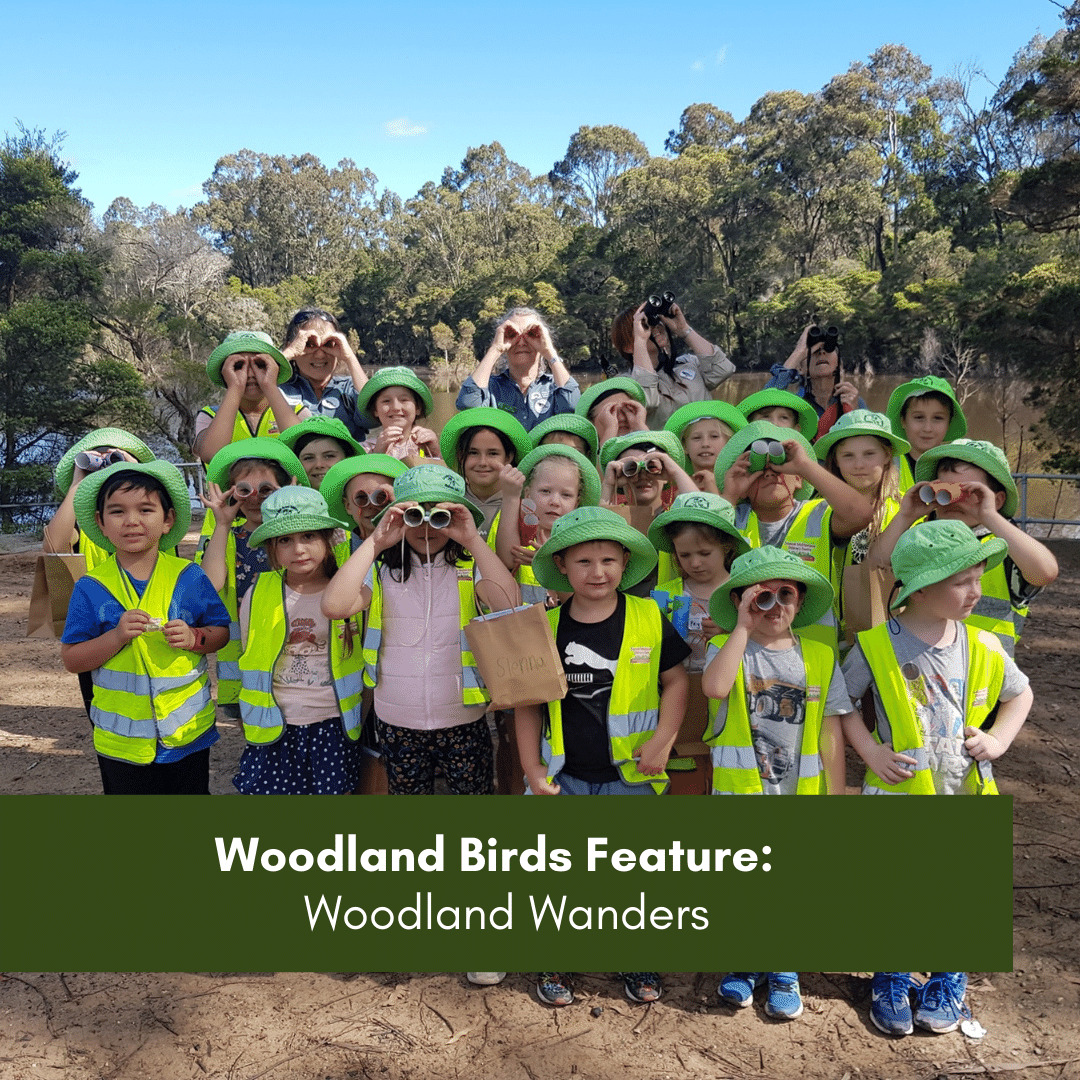 The event was a great success, attended by almost 30 enthusiastic kids from Nulkaba OOSH’ vacation care program. We kicked off the excursion with a conversation about what makes the Cessnock Woodlands so special and how they are a biodiversity hot spot that is especially treasured by the birds that inhabit them. The kids were introduced to “Reggie” the Regent Honeyeater and educated about the species’ Critically Endangered status.

Later, the group was split in two to participate in a series of activities, including crafting their own birdwatching binoculars, creating “bird supermarkets” (dispensers for bird nesting materials), and exploring the park with a nature scavenger hunt. And then they were taken on their “woodland wander”, walking through the surrounding bush looking for birds and discussing the values and unique characteristics of different species. Along the walk, the children were given instructions on how to be a good birdwatcher, remaining still and quiet at different points along the walk so that they could use their ears as their eyes, listening carefully to what was happening in the bush surrounding them. There were many “fake” birds placed along the walk for the children to discover, but we also saw real Red-browed Finches, Willy Wagtails, Superb Fairy-wrens, Yellow-tufted Honeyeaters, and more. We even found a beautifully crafted (real!) bird’s nest to marvel over.

The kids and the OOSH educators that accompanied them all provided wonderful feedback on how much fun they had learning about birds and exploring their local bush.

If you or anyone know in the Cessnock/Kurri Kurri region is interested in having HRLN host Woodland Bird educational activities aimed toward primary school-aged children, then please get in touch with our Woodland Birds Project officer Meg via email or phone. She would be thrilled to hear from you! 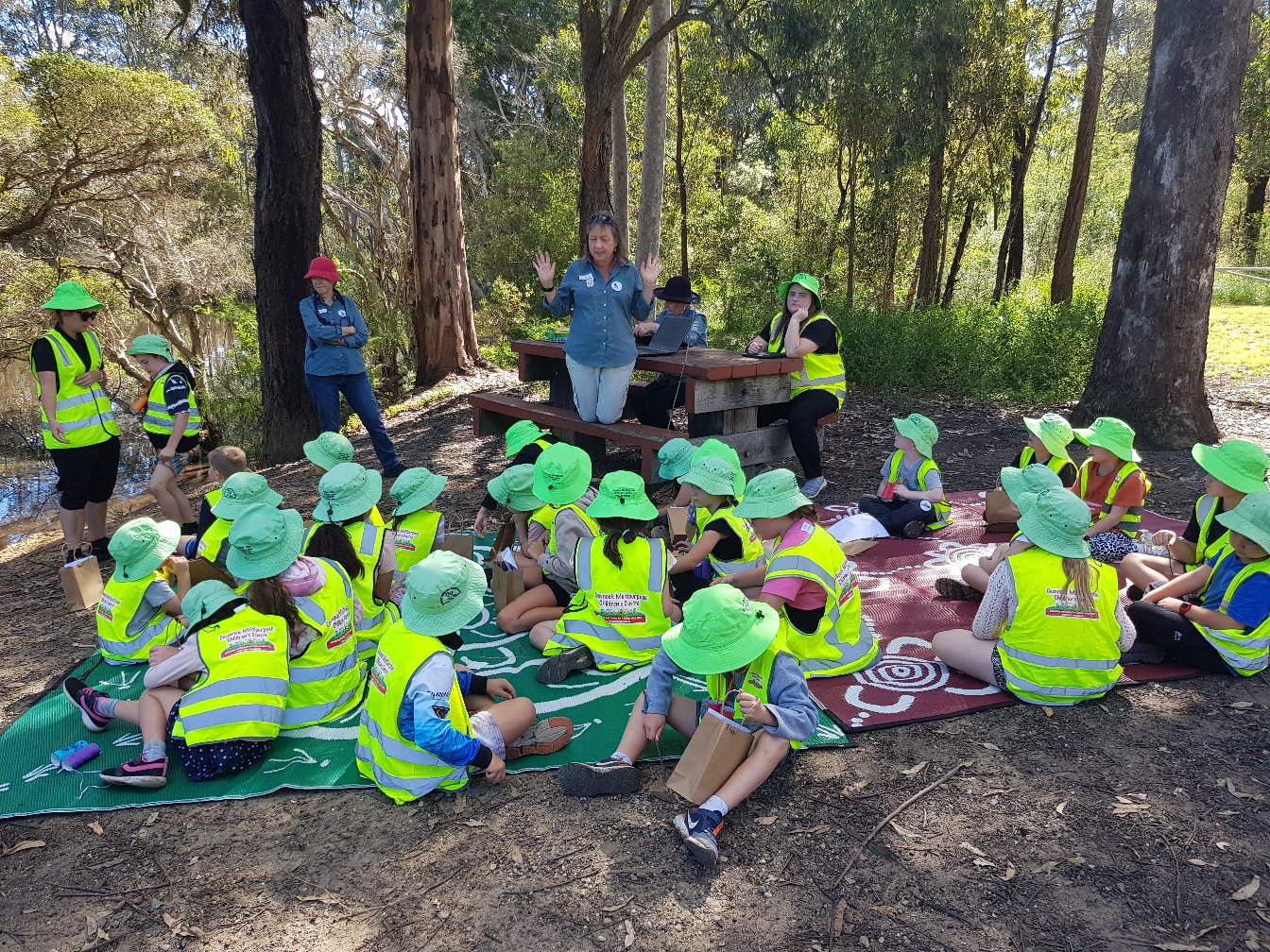 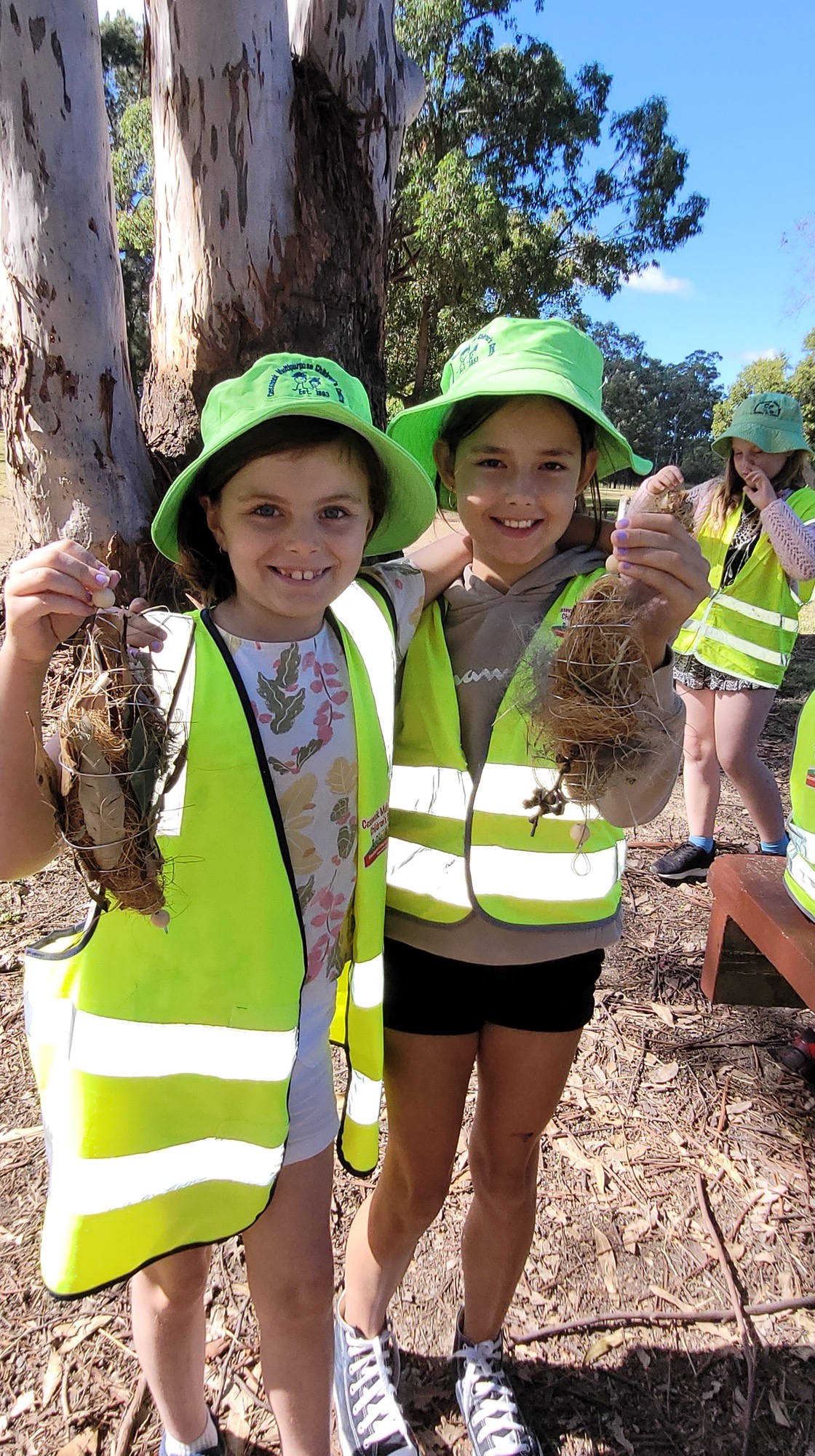