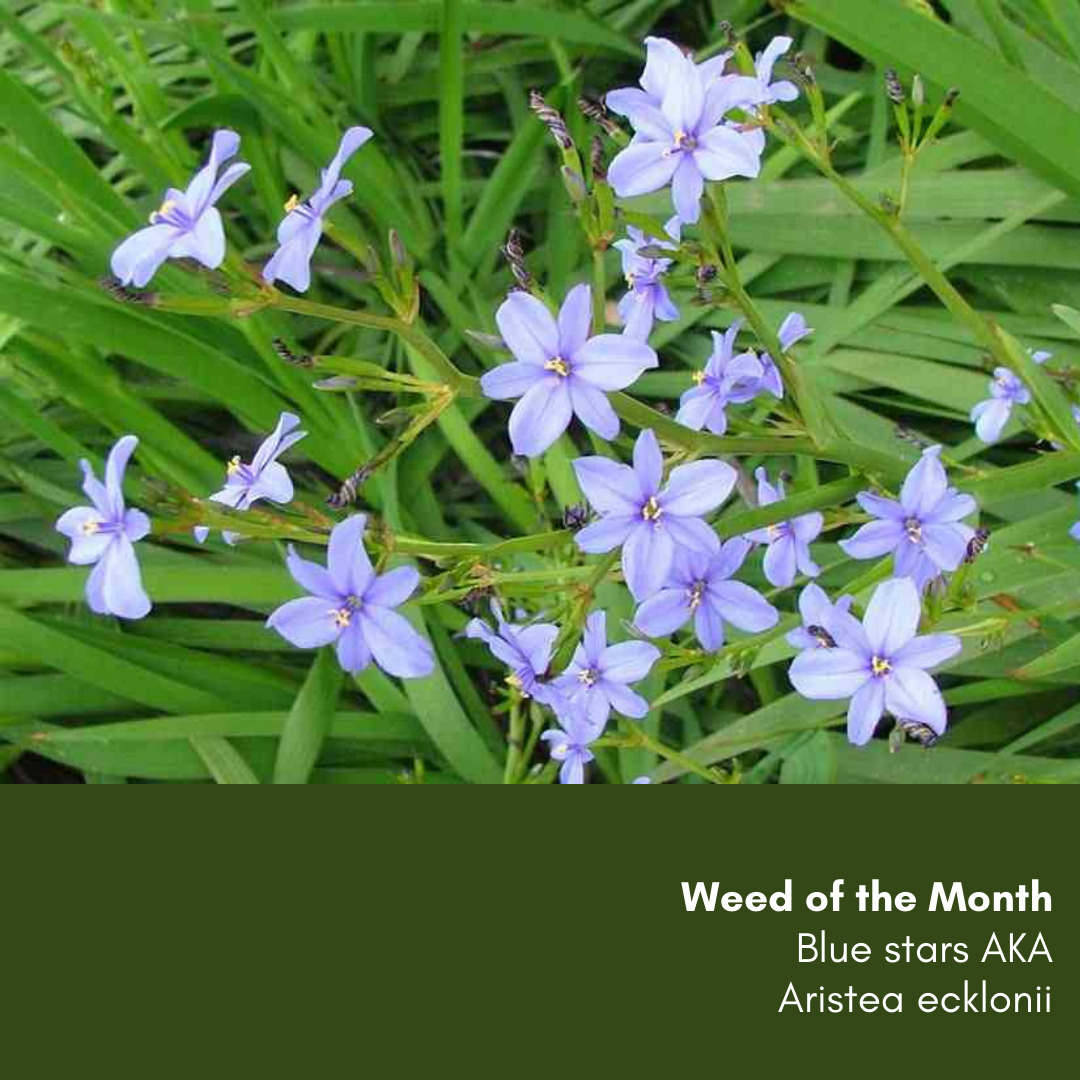 Aristea ecklonii, Blue Stars, is a member of the Iris family. This commonly grown garden plant is regarded as an environmental weed in Victoria and New South Wales and as a potential environmental weed or “sleeper weed” in other parts of southern and eastern Australia. In its natural habitat, in southern Africa, it grows in a variety of habitats from streambanks and forest margins to grasslands and shrublands.

Blue stars (Aristea ecklonii) has escaped cultivation in Australia, and is an emerging weed of roadsides, waterways (i.e. riparian vegetation), disturbed bushland and open woodlands near urban areas (particularly around Melbourne and Sydney). On the central coast of New South Wales it is a weed of disturbed woodlands. Note there is a record at Western Lake Macquarie on the Australian Virtual herbarium https://avh.ala.org.au/occurrences/search?q=Aristea+ecklonii+AND+cl1048%3A%22Sydney+Basin%22#tab_mapView

Because it can grow in the shade and has the potential to produce a dense ground cover under native forest or shrubland thus preventing regeneration of the native plants. Thus it belongs to a new dangerous class of shade-tolerant invasive species

If you see this plant growing in a natural area, contact your local weeds officer or Landcare.