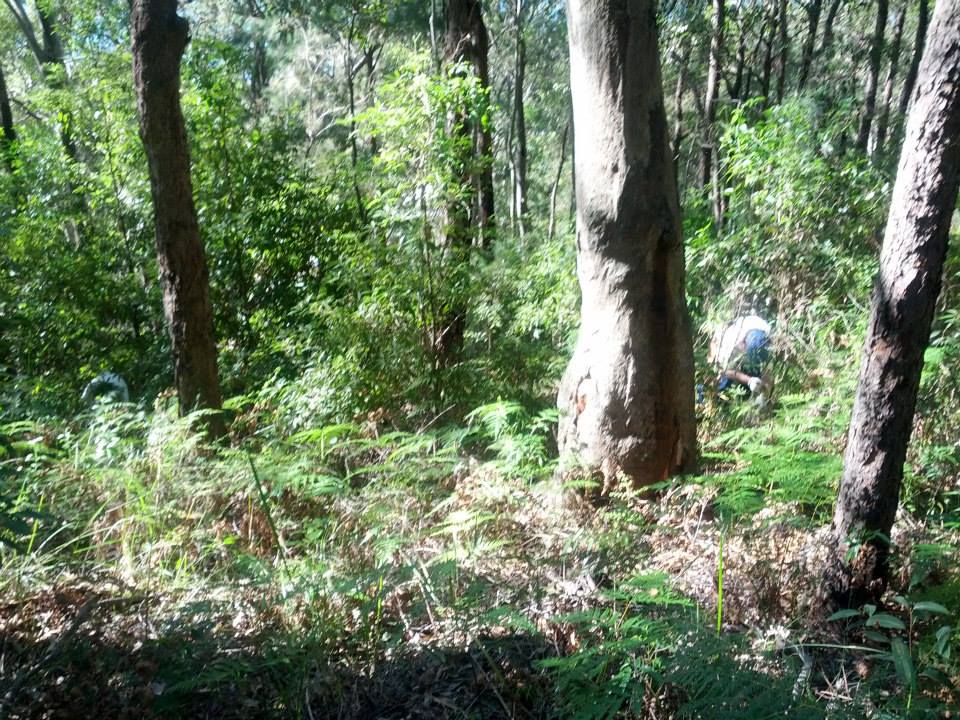 11 participants descended upon Coal Point to monitor the population of Squirrel Gliders, and to replace any unused nesting boxes to further encourage continued breeding. Later on, the group went for a spotlight to see whether we could encounter any of the previous sighted gliders, being active during the night.

On Saturday the 23rd of September, Hunter Intrepid Landcare descended on the Coal Point Progress Association, to participate in the event: “Squirrel Slider Surveying and Spotlighting at Coal Point”.

The event brought 11 participants from all walks of life along to survey the Squirrel glider population and replace fallen nest boxes. Monitoring was performed by climbing a ladder up to each box and peeping in to the glider residence, an extremely cute and rewarding experience for us if perhaps a bit scary for the gliders. We looked for the visible signs of habitation, as to whether the boxes contained green leaves, or old nest signs like that of brown/grey leaves, alongside whether animals were inside, and if so, how many. For most of the participants, this was the first time Squirrel gliders had been viewed outside of posters, if at all, and it was certainly an exciting time to view not just one, but ten of the endangered Squirrel gliders across multiple next boxes, with six occupying just one. Much excitement and photography abounded. We also helped replace fallen boxes, which are needed to extend and replace the tree hollows which are critical habitat for the Squirrel gliders. The locations of the replaced boxes were logged via GPS and will hopefully become a home to a growing Squirrel glider population in the near future.

The event ran for approximately six hours, culminating in a spotlighting session that night, whereby the Intrepid group, along with local families, sought to glimpse the gliders during their hours of night-time activity.

This, unfortunately, was not to be. While we didn’t find any gliders, we did spot three possums and a Boobook Owl which, with the unique experience of exploring the bush by torch light and the great company of friends, made for a fun night.

Overall the event was a roaring success, having replaced two, and checked nine nesting boxes, in which Intrepid found 10 gliders across three boxes and one box with Eastern rosellas, with one more box to be relocated in the future. An enormous thanks to Suzanne Pritchard of the Coal Point Progress Association for inviting Hunter Intrepid Landcare to Coal Point to share the lovely wildlife gems which reside in their suburb’s backyard; we are very grateful to have finally made that invite happen as part of the Environmental Trust funded Threatened Species Last Stand project. A great thanks to Chris Mclean for running the second half of the event; the spotlighting along the ridge.