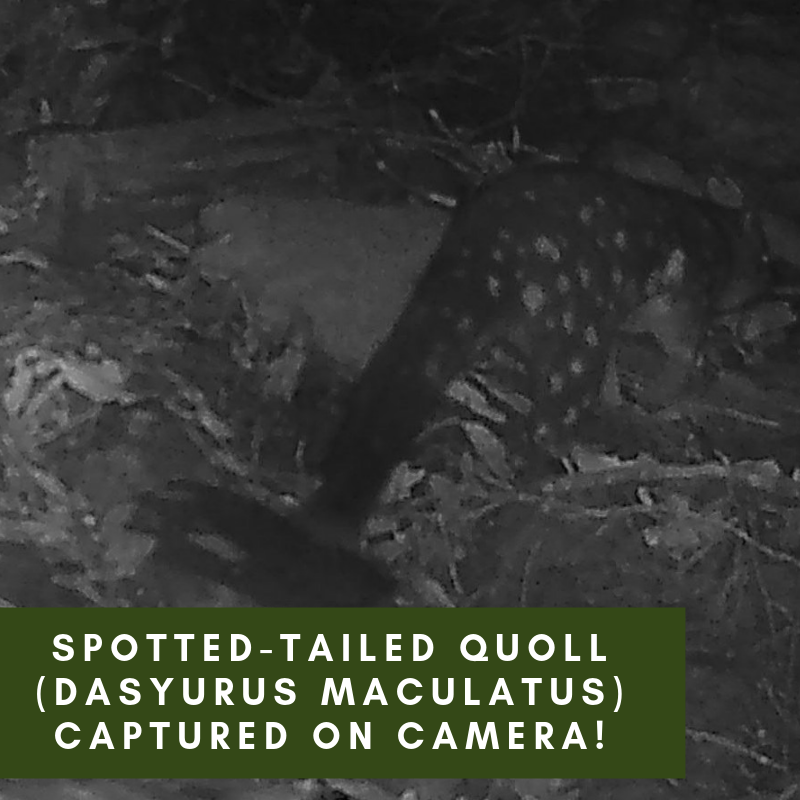 As part of the Wildlife Discovery Program, Landcare volunteers assisted with the setup of wildlife cameras at Hunter River Reserve in Greta to monitor activity over the month of June.  ‘We expected to see possums, kangaroos, and maybe a wallaby, but not a threatened quoll.’ The spotted tailed quoll was captured on film at 1am in the morning on the 2nd June 2019. The Spotted Tailed Quoll is Listed as Vulnerable in NSW and Endangered under Commonwealth Legislation. 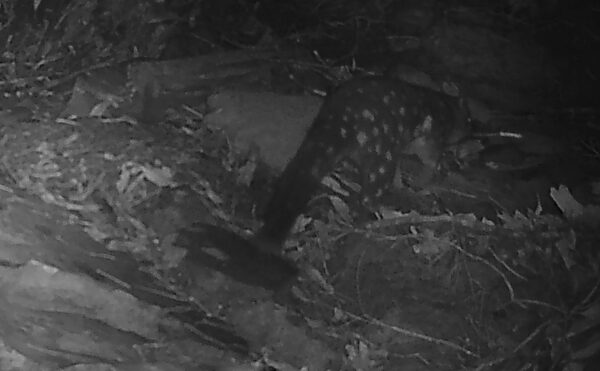 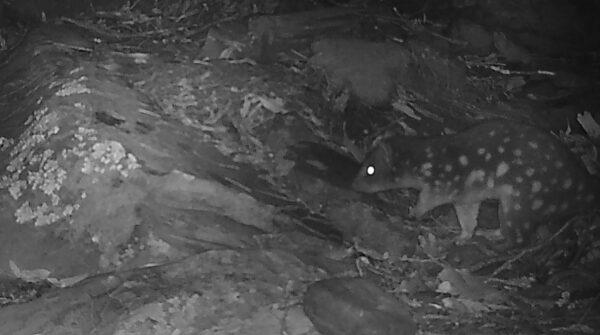 It is Australia’s largest carnivorous marsupial is mostly nocturnal but will hunt during the day. It consumes a variety of prey, including gliders, possums, small wallabies, rats, birds, bandicoots, rabbits, reptiles and insects. Also eats carrion and takes domestic fowl. This sighting will add valuable data to the NW bionet and atlas of Living Australia as no other sightings have been recorded in the area.