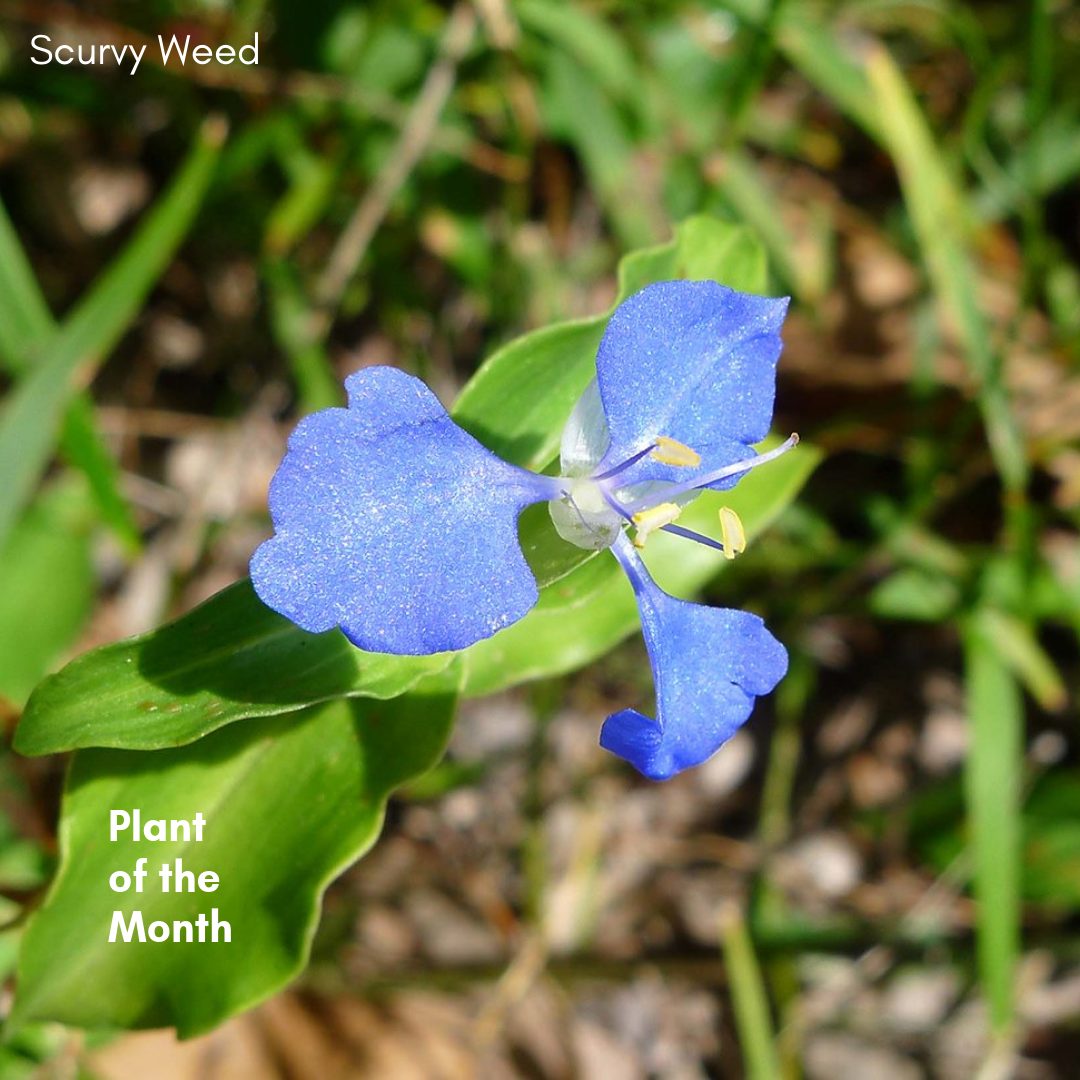 Going by the rather unglamorous common name of Scurvy Weed this little forest groundcover is quite common in moist areas and, unfortunately, is often mistaken for a weed species (the common name doesn’t help). Commelina cyanea, or Scurvy Weed is a common understory species with attractive blue flowers. Taking it’s common name from it’s use as an alleged scurvy treatment (though boiling the plant as was the preparation method ruins any vitamin C which may have been present, the name, however, lives on) Scurvy Weed is a perennial semi succulent herb with ovate to narrow lanceolate leaves with parallel veins, 2-7 cm long x 5-15mm wide and generally wrinkly along the margins, flowers are blue (or cyan) with rounded “spade like” petals. 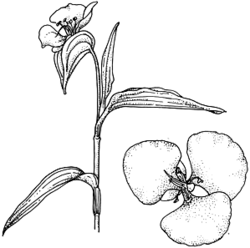 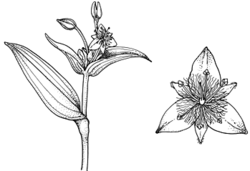 Scurvy Weed is often mistaken for Wandering Jew, Tradescantia fluminensis (though these days more often referred to as Wandering Trad), a native of South America. Wandering Trad can be distinguished from Scurvy Weed by it’s broader leaves, shorter, thicker internodes with pointed white petals a beard of white hairs surrounding the stamens. 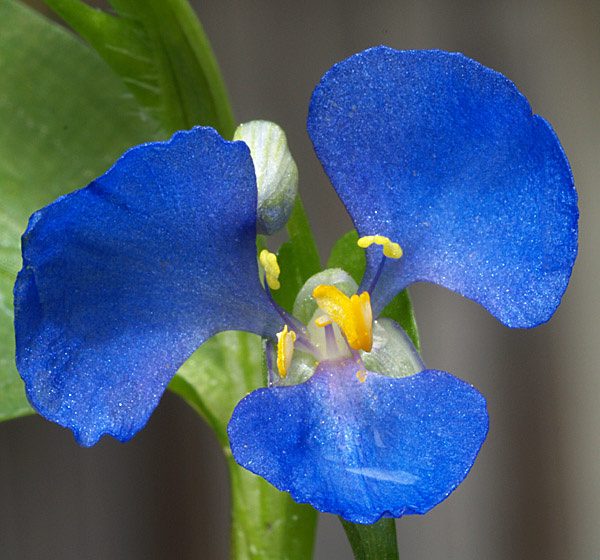 Wandering Trad is a serious weed issue in many bushland sites and difficult to eradicate with hand removal, chemical control and biocontrol being utilised. Recently the leaf fungus Kordyana brasiliensis (yellow leaf spot fungus) was released in Victoria after successful introduction to New Zealand.