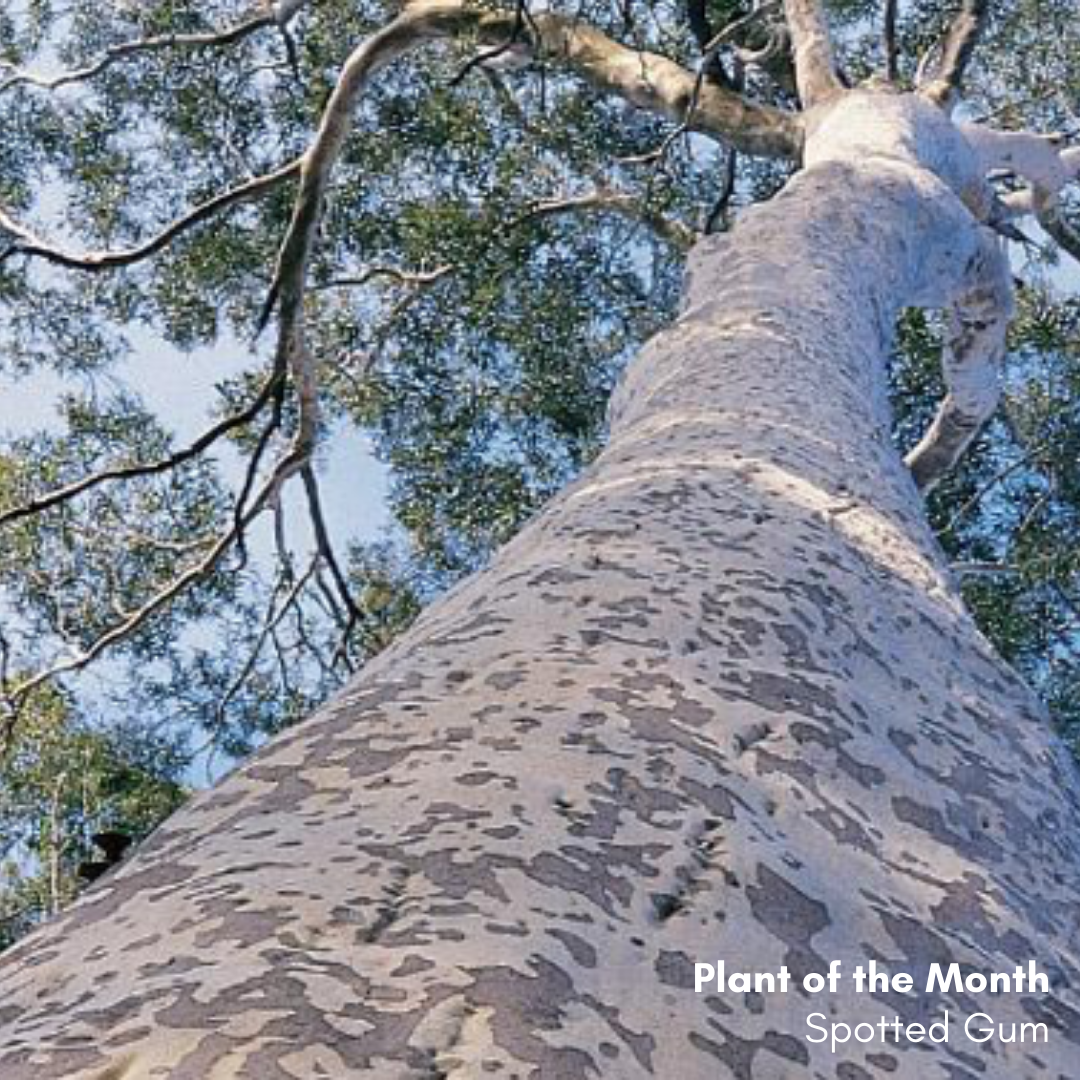 Spotted gum is one of the best known of all of the eucalypts on the East Coast of Australia because of its stately, tall growth habit and distinctive trunk which is blotched with patches of old bark contrasting with the smooth, cream bark beneath.

It is provides timber for heavy construction, housing, flooring, tool handles and more.  As it flowers in winter, it is important for winter honey production and maintenance of healthy beehives as well as attracting honeyeaters.  It is widely grown as an ornamental in parks and gardens and is generally known for not dropping limbs. It is one of the few eucalypts which can limit the intensity of fire.  The smooth bark prevents fire reaching the crown and the high water content in the leaves limit its flammability.

While often thought of as a coastal tree, natural stands of Spotted Gum can be found in the Upper Hunter extending to around 50km west of Merriwa with some magnificent examples in the Manobalai Nature Reserve and Goulburn River National Park. 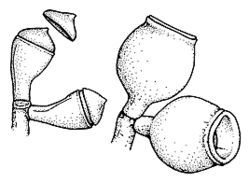