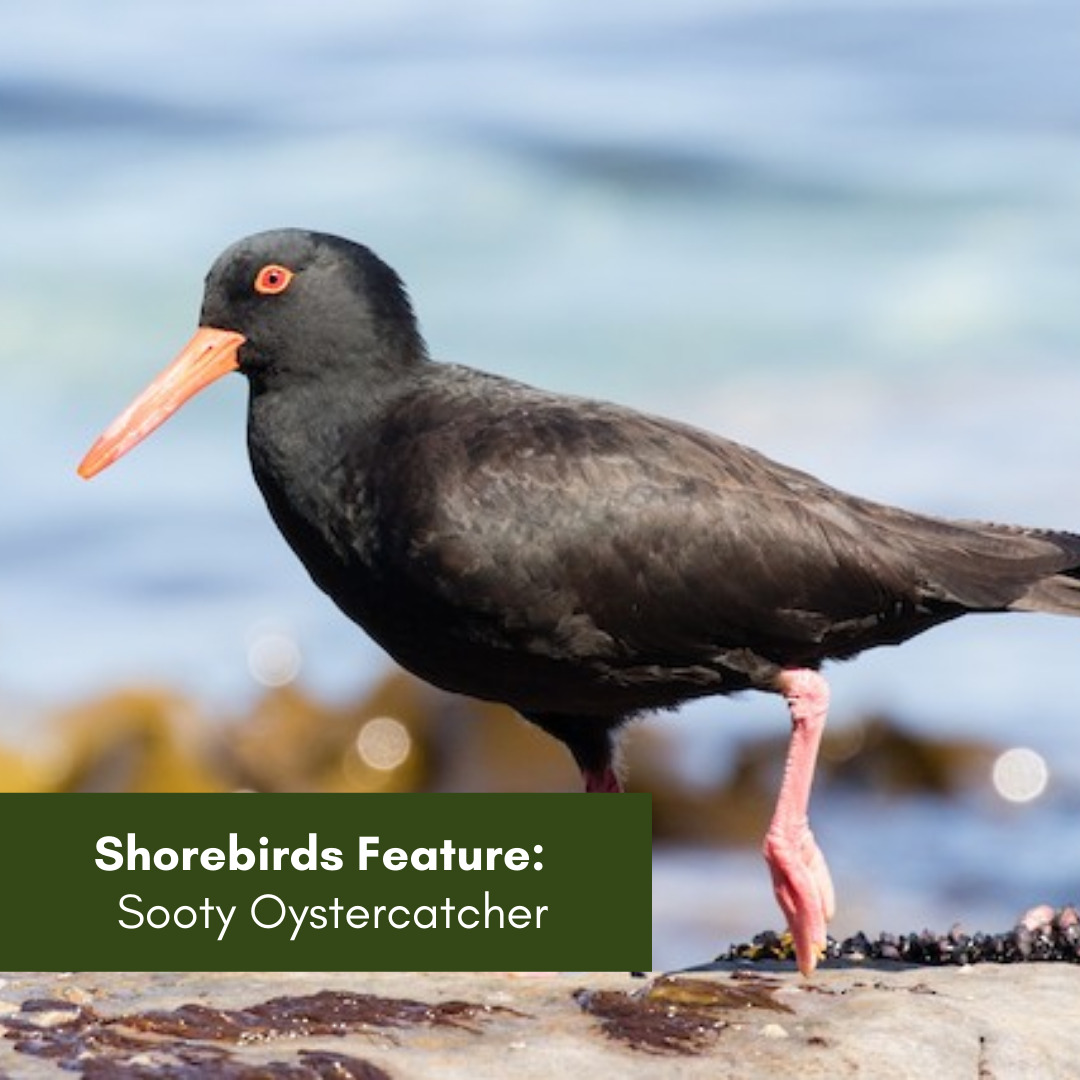 Sooty Oystercatchers are a large coastal wader, with pinkish legs and scarlet-orange eyes and bills, offset by jet-black plumage. Reaching similar sizes as their Pied relatives – about 50cm in length – their contrasting all-black feathers are the key differential feature between them, and are the namesake of the species – ‘fuligo’ meaning resembling soot.

These shorebirds favour rocky headlands and shelves, reefs, rock pools, beaches and muddy estuaries where they can be observed foraging on either side of low tide.

Sooty Oystercatchers hunt hard-shelled prey such as mussels, limpets, crabs and molluscs. Their long bills, 5-8cm in length, are specialised tools to lever and pick prey from rocky surfaces where they may also be “taken to an ‘anvil’ where they are hammered, smashing the shell to expose their edible parts.” (Birdlife Australia)

These endemic shorebirds are predicted across the entire Australian coastline, however, they’re listed as Vulnerable in NSW due to threats to their habitat, including- depleted food sources, hydrological changes, development and pest fauna.

There are indications that the Hunter population of Sooty Oystercatchers is stable and may be increasing- thanks to the Shorebird Recovery Programmes of Birdlife Australia and monitoring by HBOC. 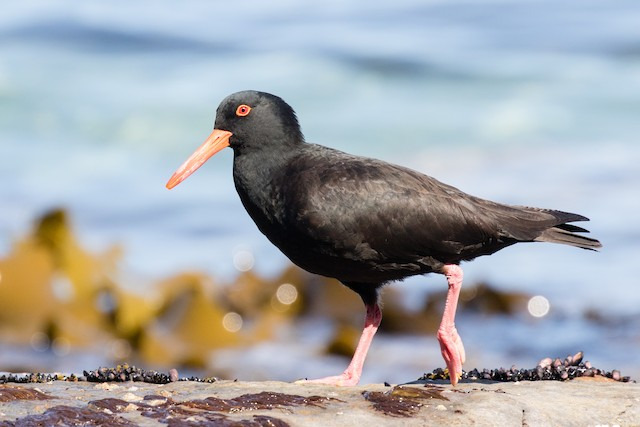