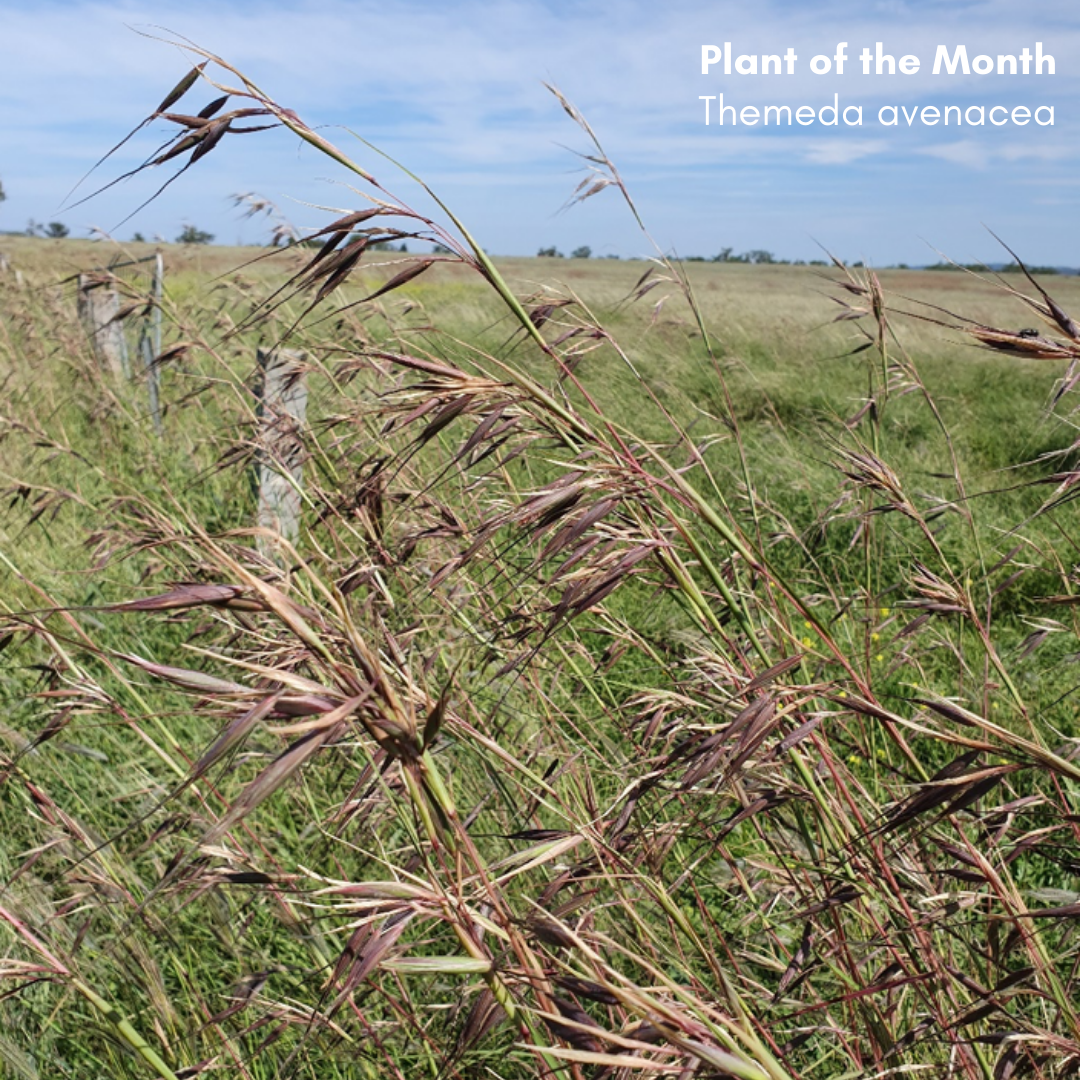 From only four known populations in the Merriwa area in the early 2000’s Tall Oat Grass has been
steadily expanding it’s range from Bunnan to Scone and is now growing on Halcomb Hill near
Aberdeen. A grazing sensitive species destocking during recent droughts has allowed it to grow and
prosper with the end (hopefully) of each drought seeing it spread a little further.

A tall grass up to 2 metres in height (usually to 1.5m) it is superficially similar to the better known
Kangaroo Grass (Themeda triandra – or T. australis depending on where you sit in this argument) it
is distinguished by being taller (Kangaroo Grass is typically to 1m in height) typically with only one
seeds per spikelet whereas Kangaroo Grass has up to seven.

While there’s been few formal studies into it’s grazing properties anecdotally graziers who have
learnt how to manage it report it is great feed for stock, it is, however, susceptible to overgrazing.