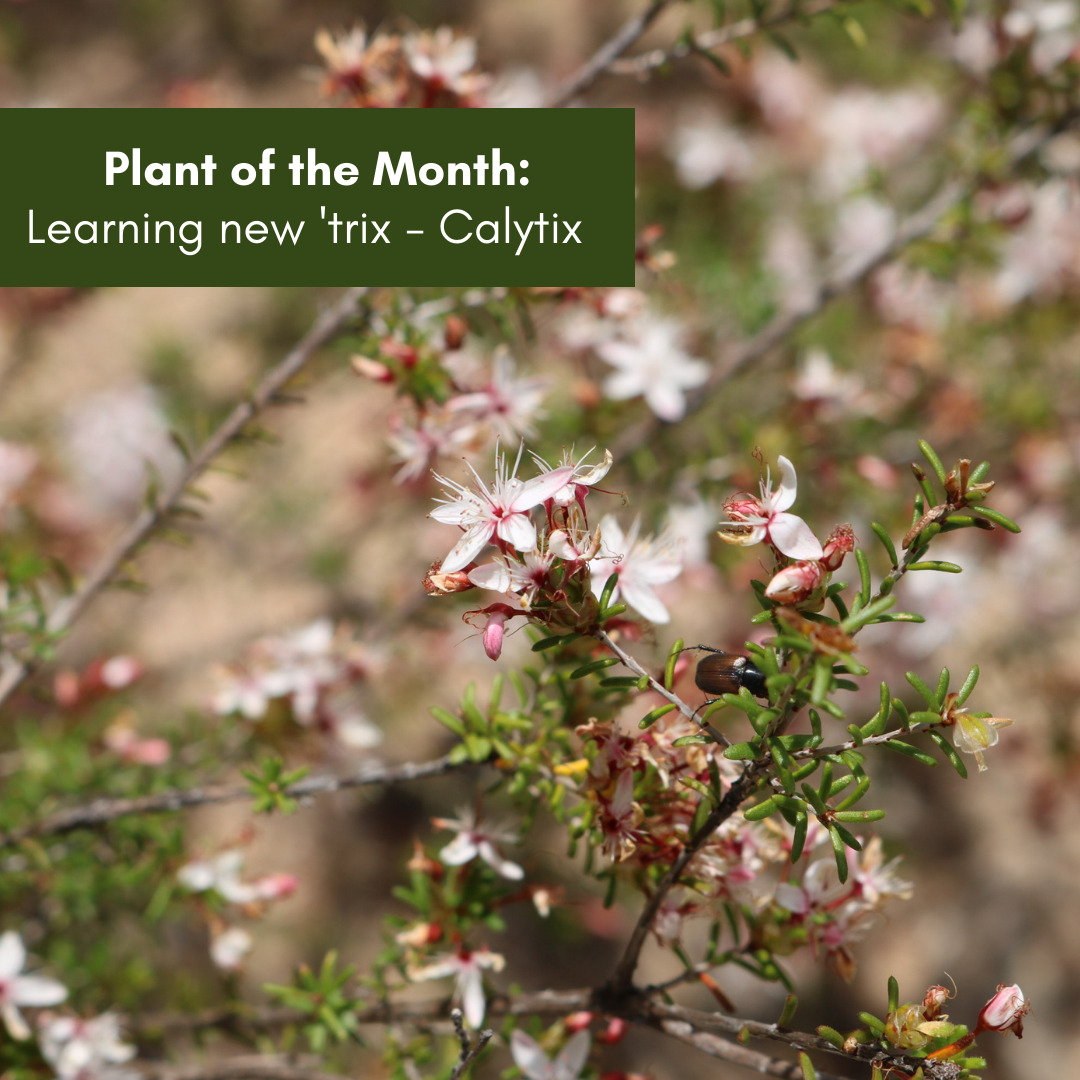 Here’s an interesting one for you (well, they’re all interesting to me at least), I was out in the field a few weeks back doing a follow up on the Fairy Bells work I’ve been doing the past couple of years (see: insert link). One of our monitoring sites is in the middle of the Goulburn River National Park under some power lines, semi-regular mulching of trees under the power lines had allowed a lot of the mid story species to flourish including the Fairy Bells.

Another species doing well was Fringe Myrtle (Calytix tetragona) a small shrub with white to pink flowers with the distinctive calyx remaining after fertilisation ranging from yellow to dark red. 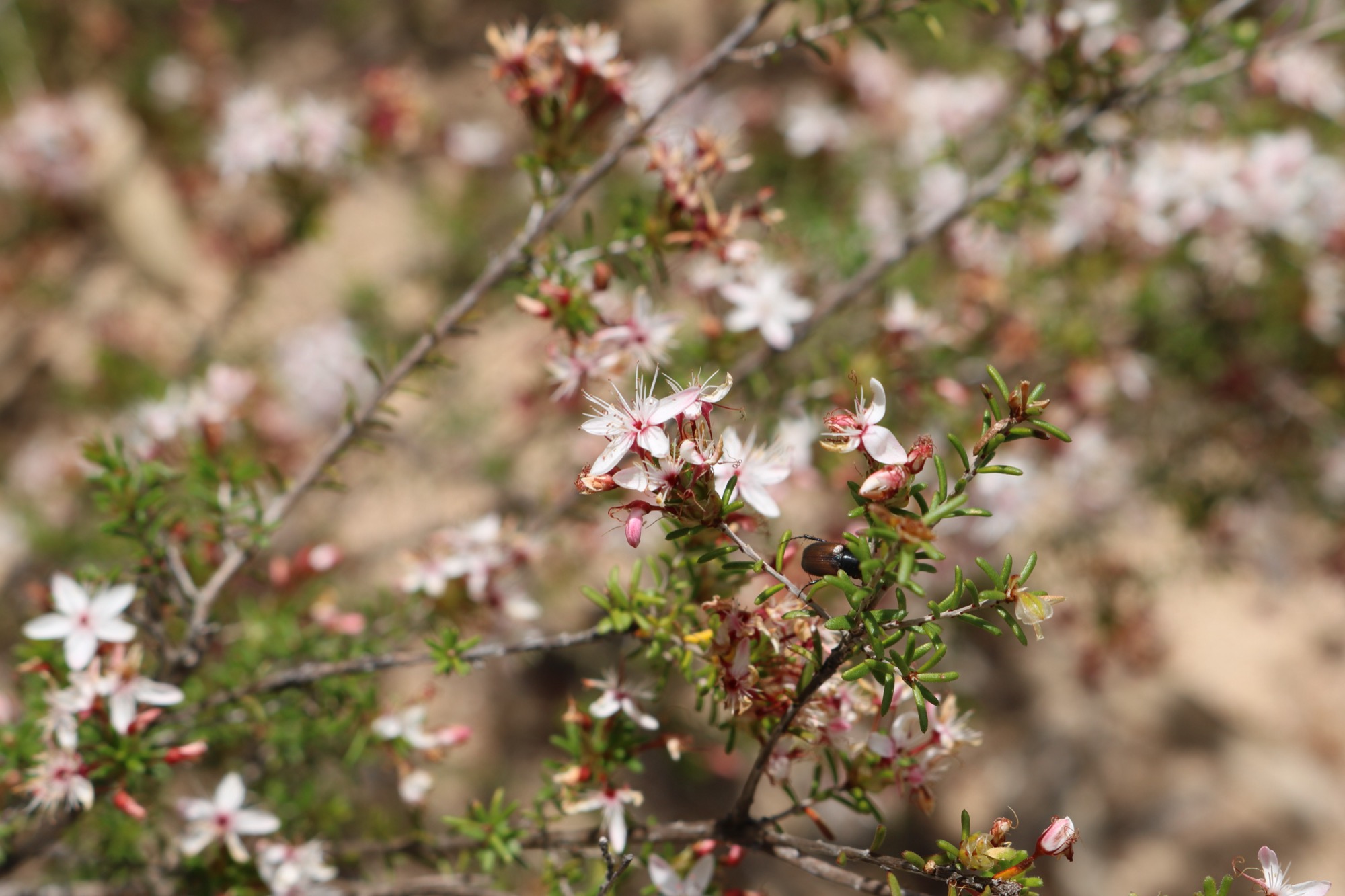 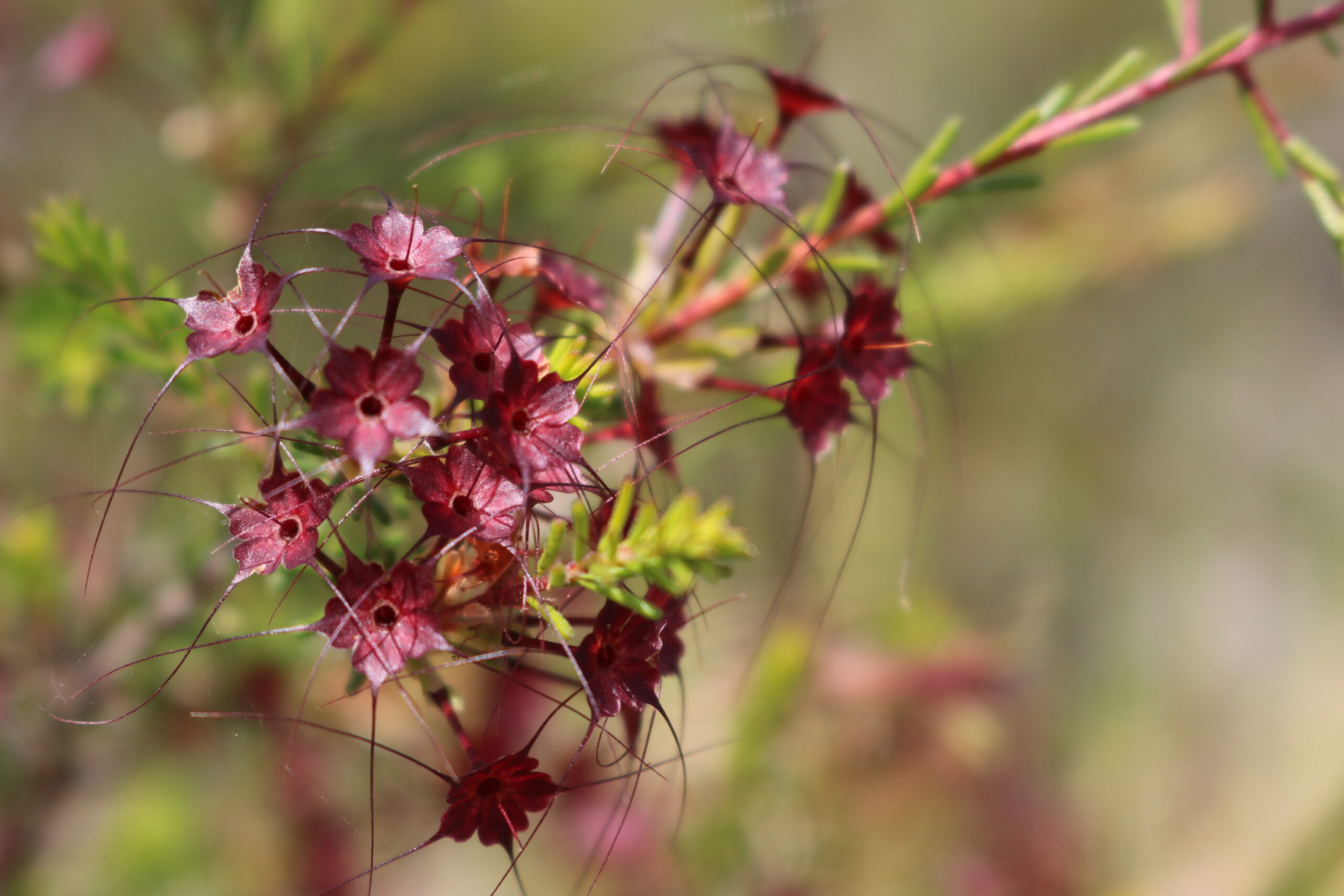 Calyxes remaining after flowering (note the leaf size and spacing).

While mapping out the extent of Fairy Bells on site I came across another Calytrix, smaller flower heads and much smaller and much more numerous leaves, while it too keyed out as Calytrix tetragona there were enough morphological differences to assume I was looking at 2 different species. There is another species of Calytrix in New South Wales which occurs north west of Narrabri. A sample has been sent off for formal identification, I’ll leave this one up to the experts to figure out. 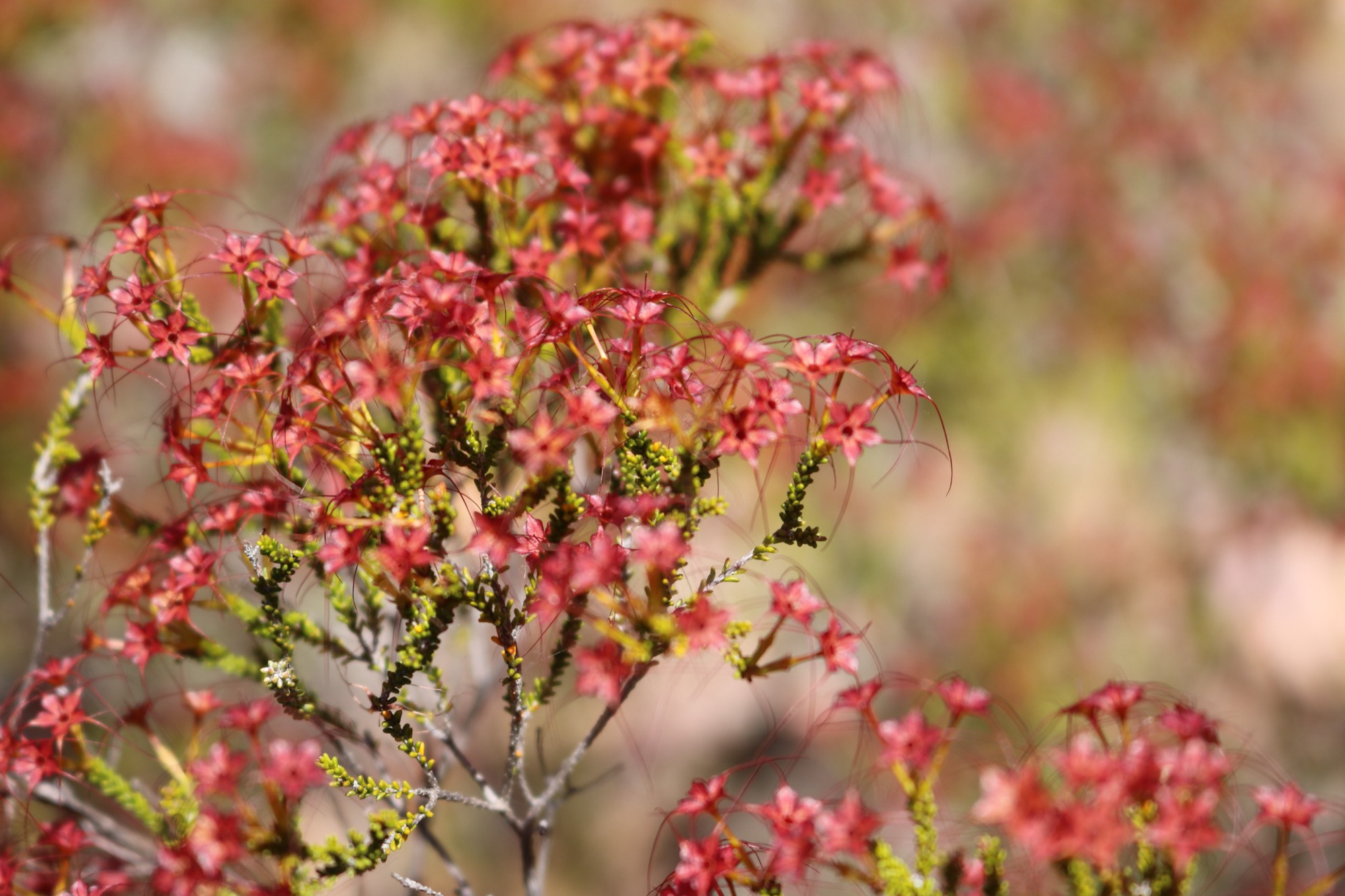 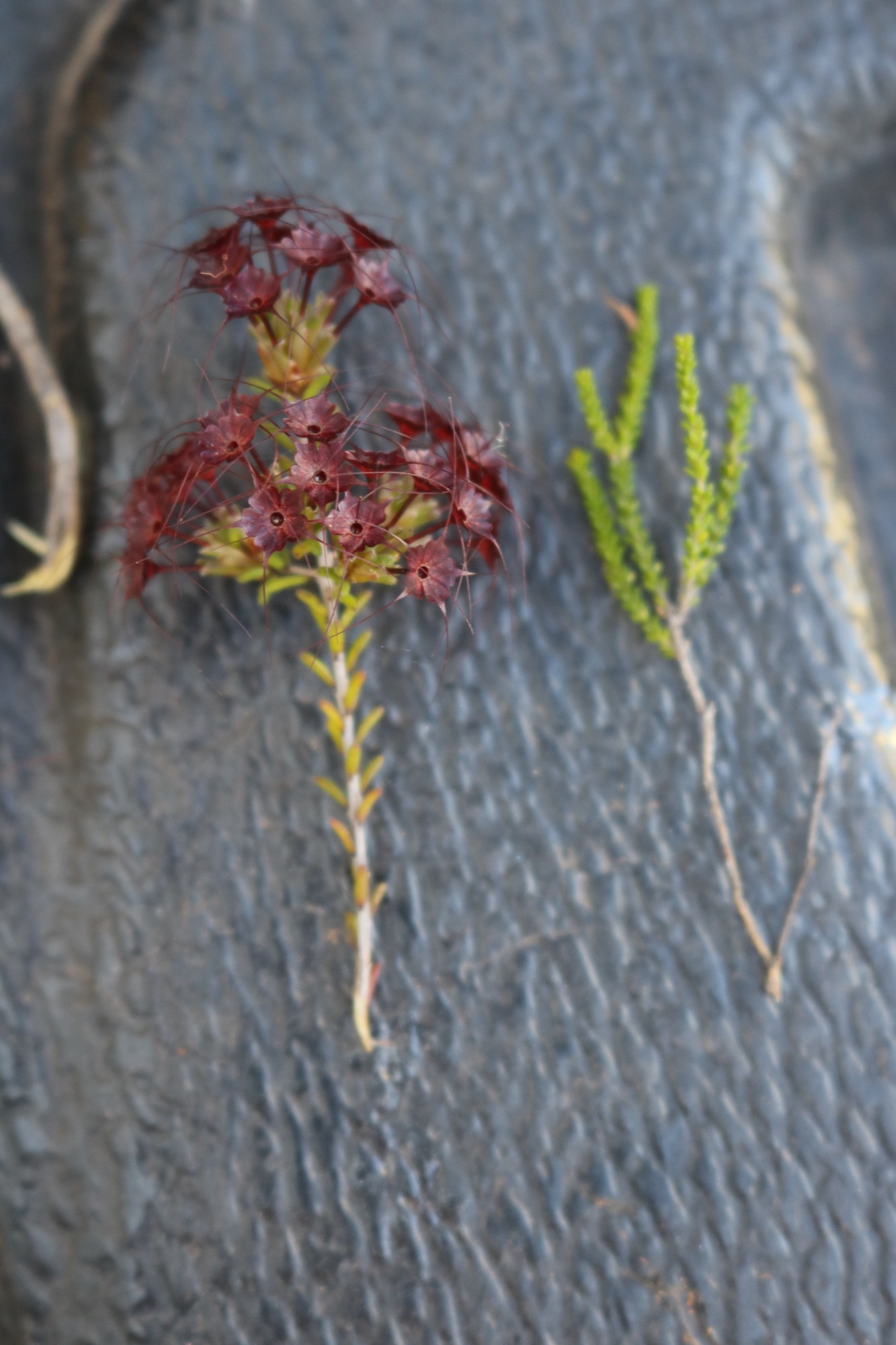