Apart from my Landcare work I get a few other projects in from time to time, at the end of last week I was out in the Goulburn River National Park trying to track down a lost population of Fairy Bells (Homoranthus darwinioides)*, we didn’t manage to find that population however we did find some Grevillea johnsonii.

Johnson’s Grevillea has a limited natural distribution being found between Merriwa and the Capertee Valley in the Goulburn River and Wollemi National Parks with an outlier population reported near Warragamba Dam and is named after Dr L.A.S. Johnson, former director of Royal Botanic Gardens Sydney. It is a shrub to 3m tall with deeply divided leaves and has a spectacular red flower and grows naturally on  sandstone escarpments.  It’s quite popular in garden settings however does have a tendency to hybridise with other Grevilleas. 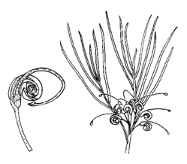 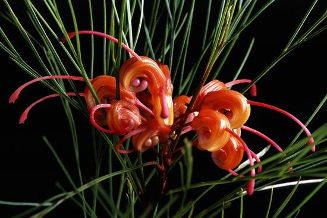 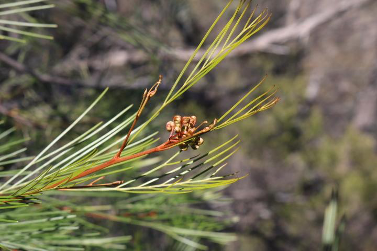 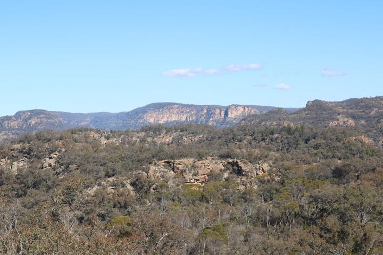 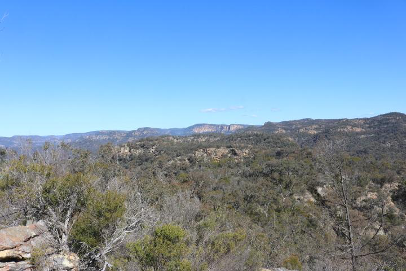 (*you may have seen the video I did on their fire recovery, I’ll be out there again in October so I’ll do a follow up then)