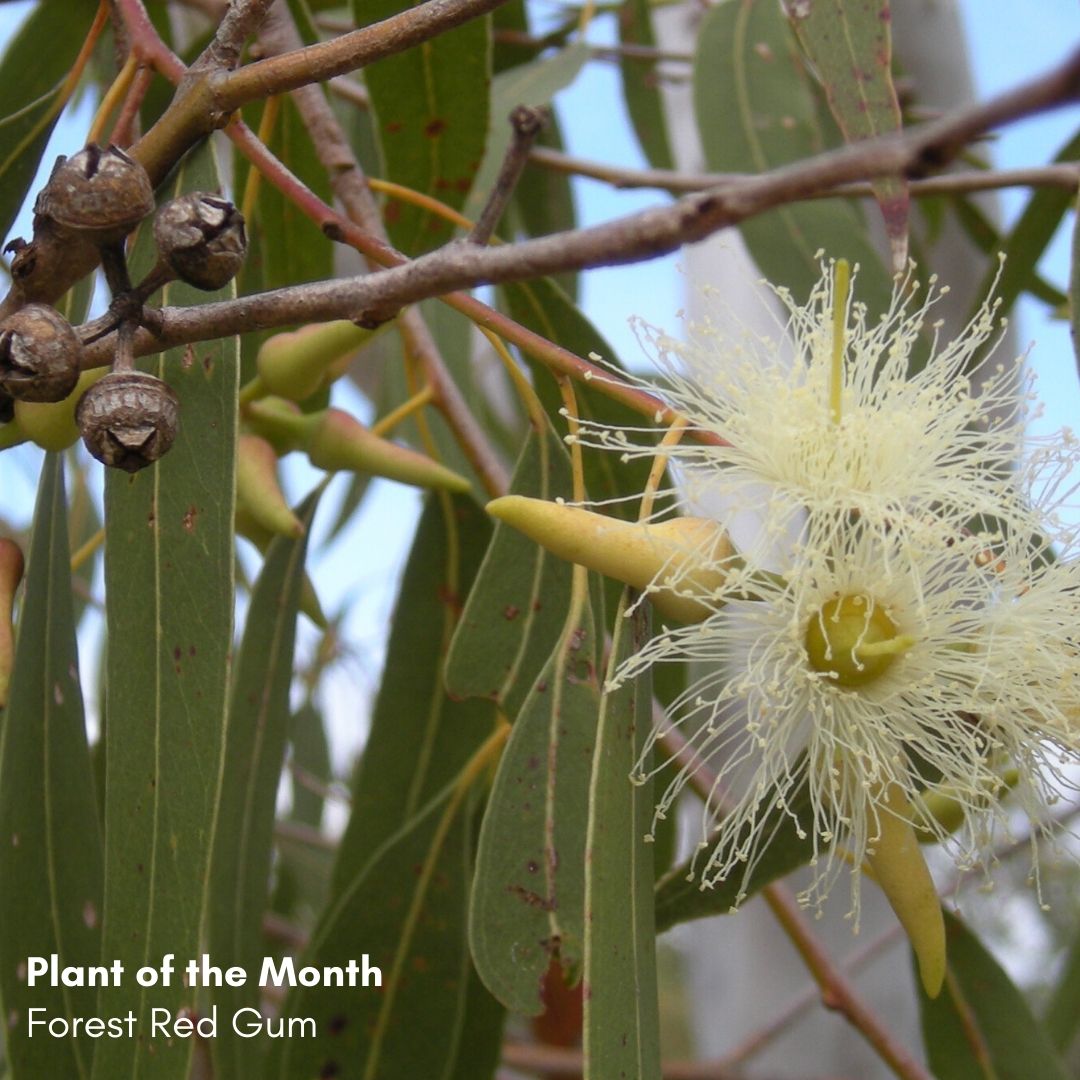 A magnificent tall tree to 50 metres, the Forest Red Gum is found along the east coast of Australia from Gippsland in Victoria to Papua New Guinea. In the Hunter Region it is found from the coast to Murrurundi and to west of Merriwa, it’s generally found on fertile, well watered soils. In coastal areas it has been recorded as hybridising with Swamp Mahogany (Eucalyptus robusta) in the Upper Hunter it intergrades with Blakely’s Red Gum (Eucalyptus blakelyi*).

So, how can we tell it’s a Forest Red Gum? The bark is the first giveaway (and if you haven’t already seen it check out our guide to Eucalypt bark), the Red Gums have a smooth bark which falls off as large plates, but then so do the Grey Gums, Blue Gums, Scribbly Gums and a few others so then we need to look for the fruit (gumnuts – often you need to look on the ground). Are the “valves” that hold the seeds in enclosed or poking out (“exserted”). Exserted like the example below means they’re either a Red Gum or a Grey Gum, so we’re getting close, get a leaf, fold it in half into a “V” so you can see both top and bottom, if they’re the same colour (“concolorous”) then it’s a Red Gum, if they’re different colours (top glossy and bottom dull “discolorous”) then it’s a Grey Gum (Grey Gum bark is generally duller than Red Gum and “powdery”).

Now that we’re down to a Red Gum how do we tell them apart? Well, leaf shape and size can be an indicator as can bark colour and location in the landscape but they’re not always reliable, so it’s back to gumnuts and flower buds. Shape of the fruit tells us a lot, River Red Gums are very distinctive being relatively small and flattened, Forest and Blakely’s Red Gums are very similar, though Forest Red Gum usually has 4 or 5 valves and Blakely’s usually has 3 or 4, unfortunately that’s “usually” you can get fruit on the trees with 3, 4 or 5 vavles just to complicate things. 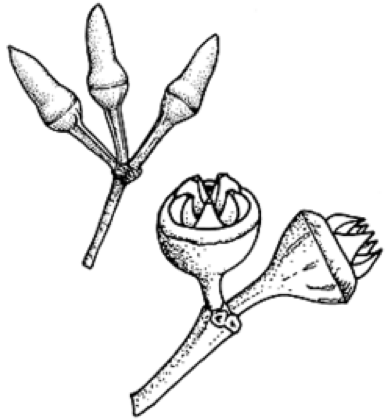 (*E. blakelyi is rather promiscuous and also hybridises with River Red Gum, Eucalyptus camaldulensis, just to make my life difficult)

(**terete: long and cylindrical tapering to a point, needle like, hence the botanical name Eucalyptus tereticornis)

The tree is a major source of pollen and nectar for birds and bees and flowers June to November. It flowers generally every year and flowers profusely every three or four years.  The tree has a strong, hard and durable heartwood, used for construction in heavy engineering, such as railway sleepers. 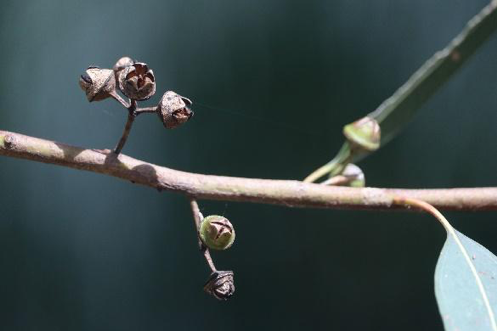 ← Shorebirds When To Apply Herbicides →