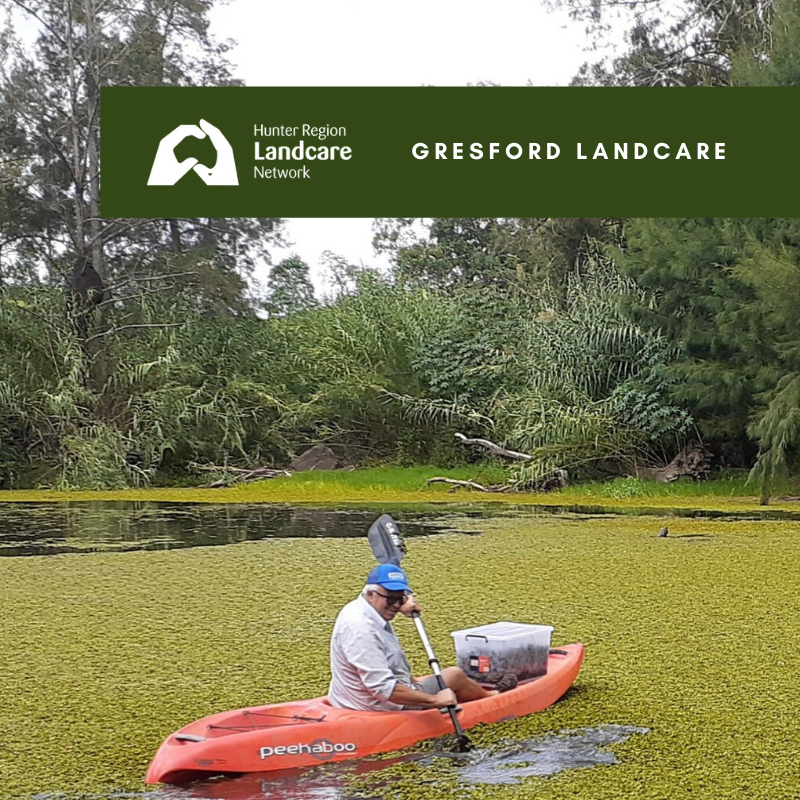 The group has since been working on holistic management of the Paterson and Allyn River catchments.  The first major project the group tackled was rehabilitation of a landslip at Chads Creek in 1990.  The group also took on management of the bank of the Allyn River at Gresford camping area with erosion control, vegetation planting and weed eradication.  The group has been proactive in the control of African olive, giant reed, Parramatta grass, and lantana, and educating the community about control of priority weeds and other natural resource management topics.  The group is currently assisting with the establishment of an arboretum of local native rainforest species in Gresford.

Challenges for the group include maintaining membership, lack of funding for follow up work and monitoring of past projects, ongoing costs for volunteers.  Having a local Landcare Coordinator is a huge advantage to keeping the organisation going.

The benefits of being involved in Landcare are  being able  to collectively problem solve and care for the environment, share experience and local knowledge and maintain social interaction with like minded people. 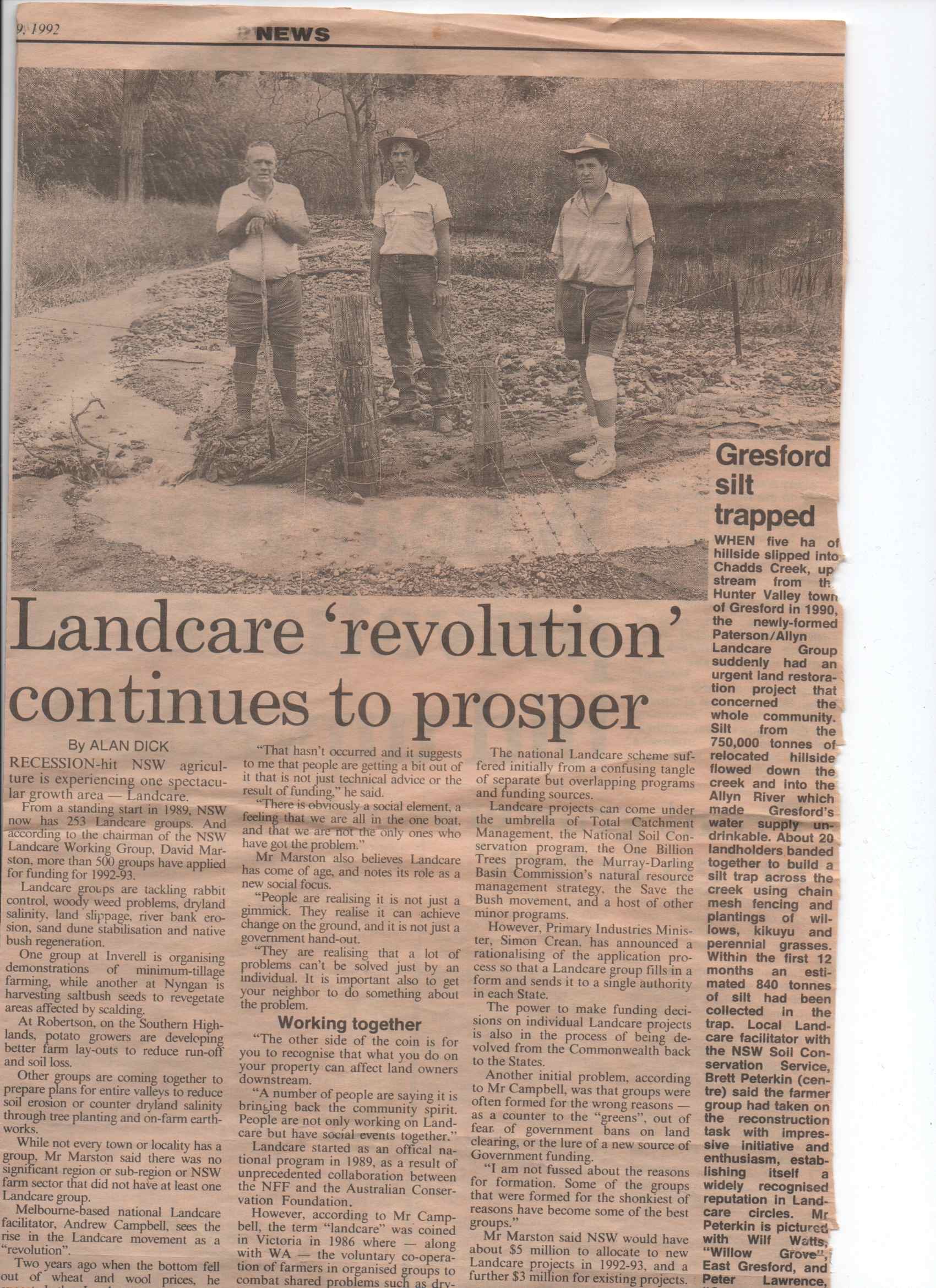 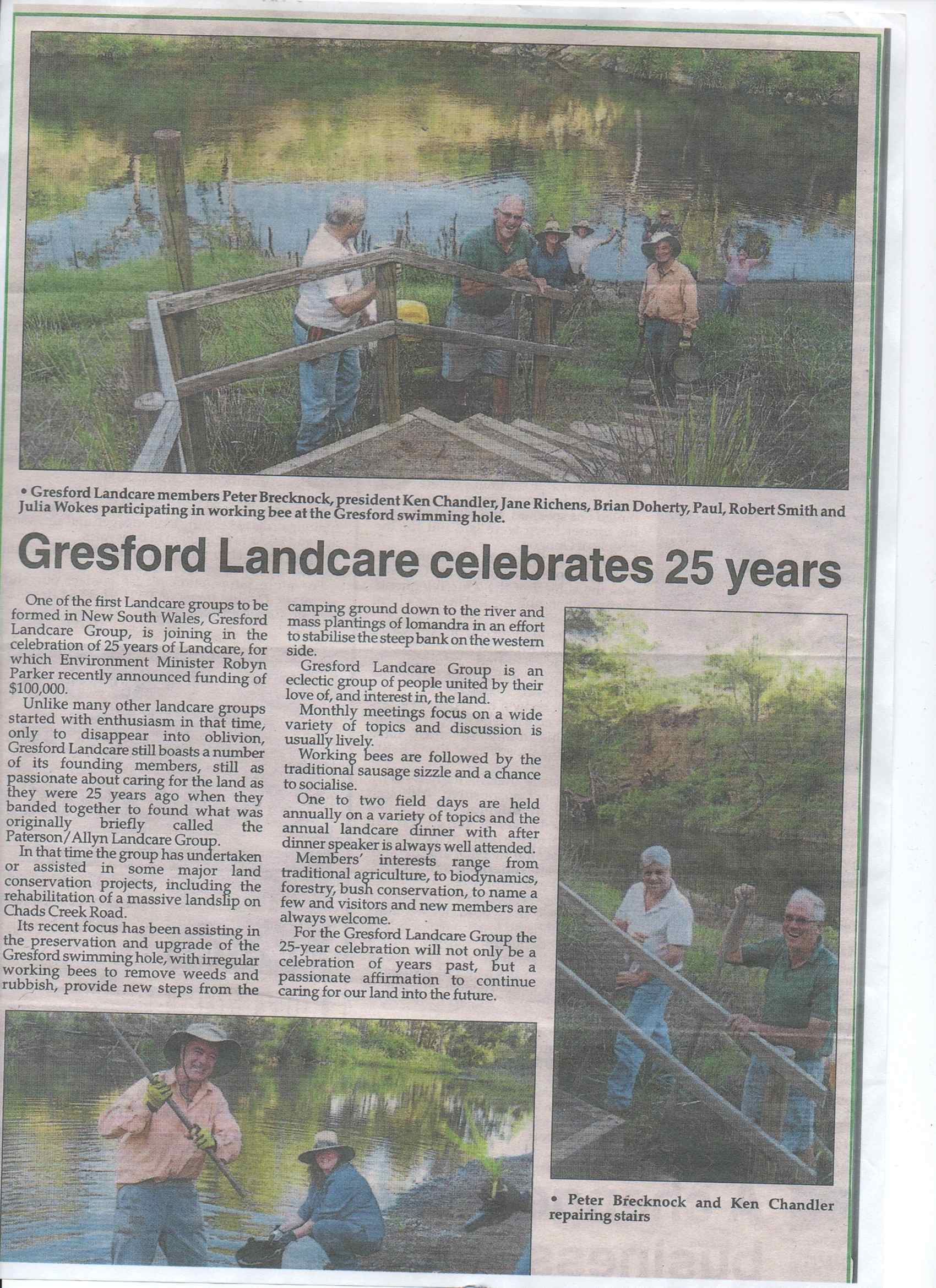