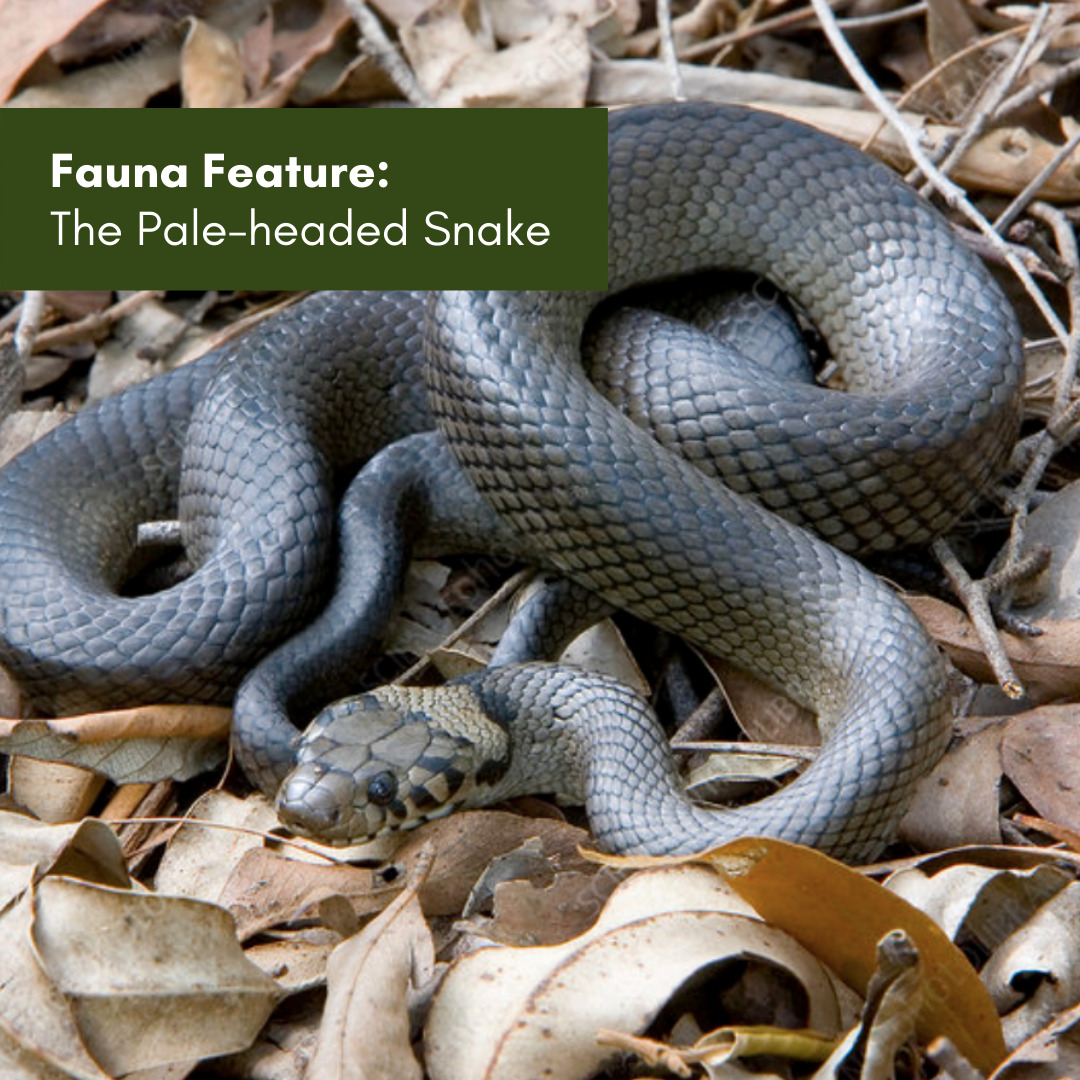 On the 16th of July the world celebrates snakes. There is no better place than Australia to increase awareness and introduce you to one of our slithering residents of the Hunter, the pale-headed snake (Hoplocephalus bitorquatus). Australia hosts 14% of the world’s reptile population and has an incredible array of highly endemic species. Reptiles are well adapted to the Australian environment; they are the most successful taxon and fill many ecological niches. They play critical ecological roles and are to Australia what birds are to New Zealand or big cats are to Africa.

Throughout the Hunter, in dry or wet sclerophyll forests, or flood plain woodlands, you may be lucky enough to observe the pale-headed snake within the branches of an old hollow-bearing tree. Interestingly, compared to other members of the usually ground-dwelling Elapidae family, the pale-headed snake is strictly arboreal, an excellent climber and most active at night. You may find it near creeks or rivers in drier environments and more rarely in moist eucalypt forests or even rainforests. However, the pale-headed snake can hide for weeks in hollows or in between loose bark.

As its name suggests, the pale-headed snake is relatively easy to identify with its characteristic pale grey head with black patches. The rest of the scales are light to dark grey with a cream underside. The species is known to grow up to 90 cm long.

The pale-headed snake feeds primarily on tree frogs but will also prey on small mammals or lizards. Although quite shy, pale headed snakes may react if agitated. When threatened the snake will position their head and upper body in an S figure, facing the trespasser. If the intruder comes closer, the snake will attack and bite successively. Little is known about how dangerous the venom of the pale-headed snake is. Still, past victim records describe unpleasant symptoms such as headaches, blurred vision, and abnormal bleeding. If you are bitten, apply first aid and seek urgent medical attention.

This species is viviparous and gives birth to 2 to 11 live individuals. Courtship behaviour has only been observed in captive individuals. It is also suspected that the wild population does not reproduce yearly.

The species is listed as “Vulnerable” in NSW. Poor forestry management resulting in clearing promotes habitat fragmentation. The destruction of old trees diminishes the pale headed snake habitat. Scientists have observed that the population is becoming increasingly fragmented. Illegal poaching by reptile collectors is also considered a severe threat to the species. If you ever get lucky and observe a pale-headed snake in the wild, be a conscious observer and avoid further disturbances. This endemic species requires all our attention, and our work as landcarers can help in re-establishing their natural environment.