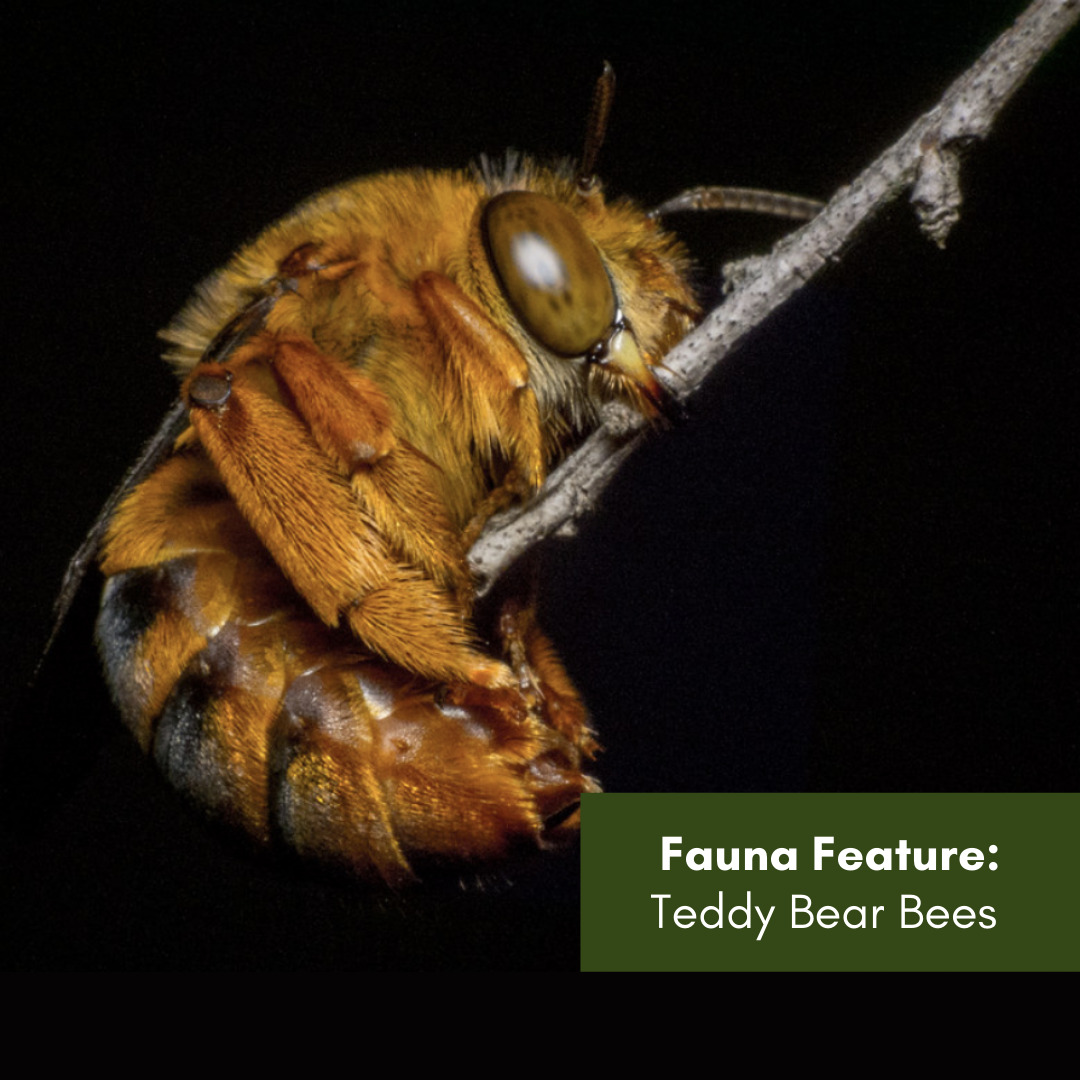 National pollinator week is approaching so let’s talk about one of our local buzzing insects, the teddy bear bee or golden haired mortar bee (Amegilla bombiformis). Native to Australia they look quite similar to bumblebees due to their plump body. If you recall our previous feature on blue-banded bees, Australia has no native species of bumblebees.

Between 7-20mm, teddy bear bees are covered in golden-brown fur covering their body but have dark hairless bands across their abdomen. Females have six bands while males have seven. Their wings are dark brown. When getting older, teddy bear bees thorax hair falls out and they develop a bald spot. 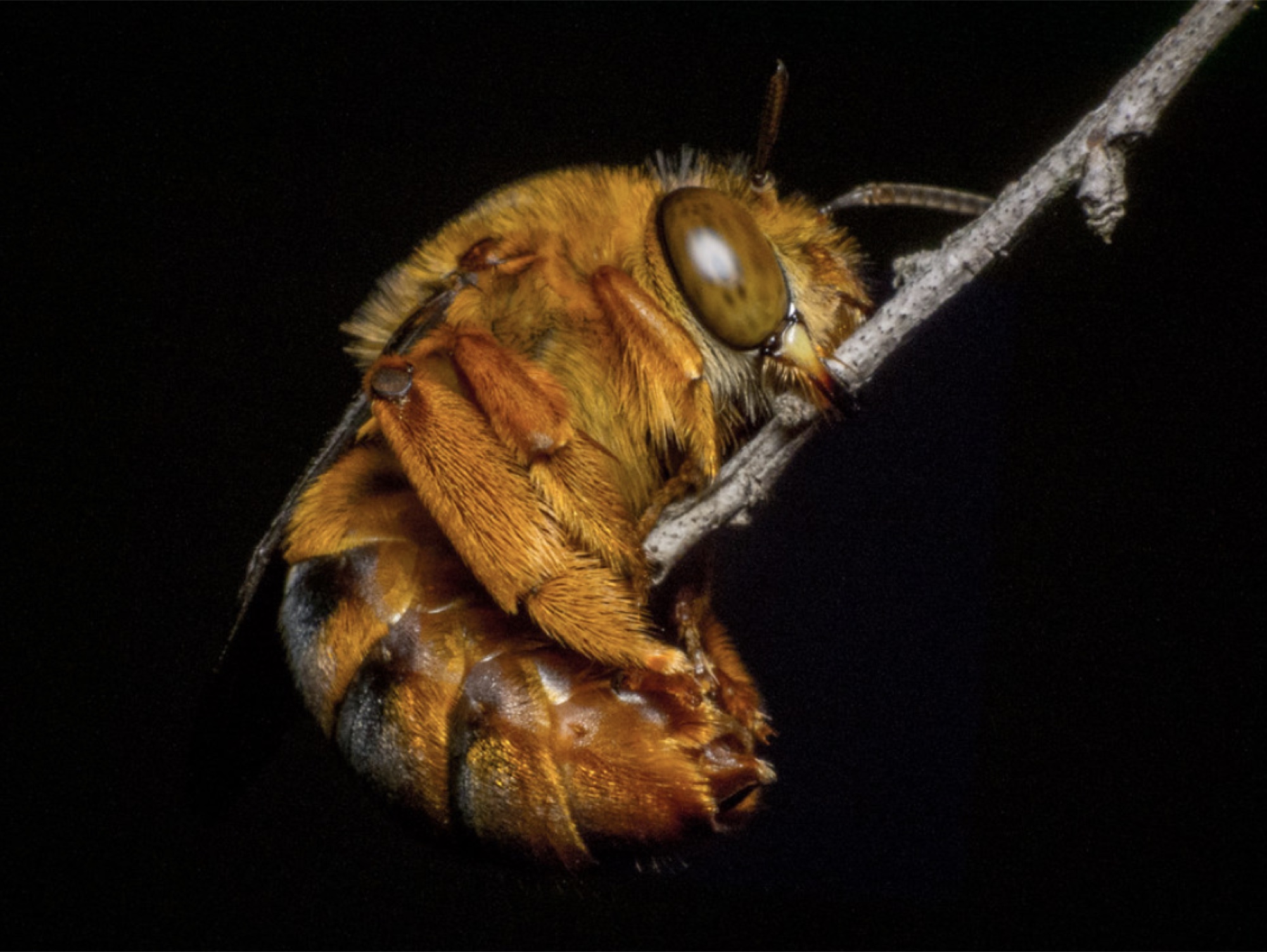 “Teddy Bear Bee” by James Niland is licensed under CC BY 2.0

Teddy bear bees are solitary and each female makes her own nest in a small burrow underground near a creek or even in rubble. The nest is made of 2cm long waterproof cells into which the female lays eggs and provides food and nectar for the incoming larvae. Some teddy bear bees may nest close together at a given location such as an ideal creek bank or underneath a house. The exotic neon cuckoo bees wait for the teddy bear bee nests to be unattended before they trespass and lay their eggs in the cells. Neon cuckoo eggs hatch earlier, and the unwelcomed exotic larvae consume all the food that was provided for the teddy bear bee larvae.

Microbial pathogens play a significant role in the evolution of insects while also being responsible for deaths of insect colonies including teddy bear bees. Although responsible for colony deaths of teddy bear bees, the spore germination of fungus Cordyceps bassiana could have been an important factor in the social evolution of native Australian bees. 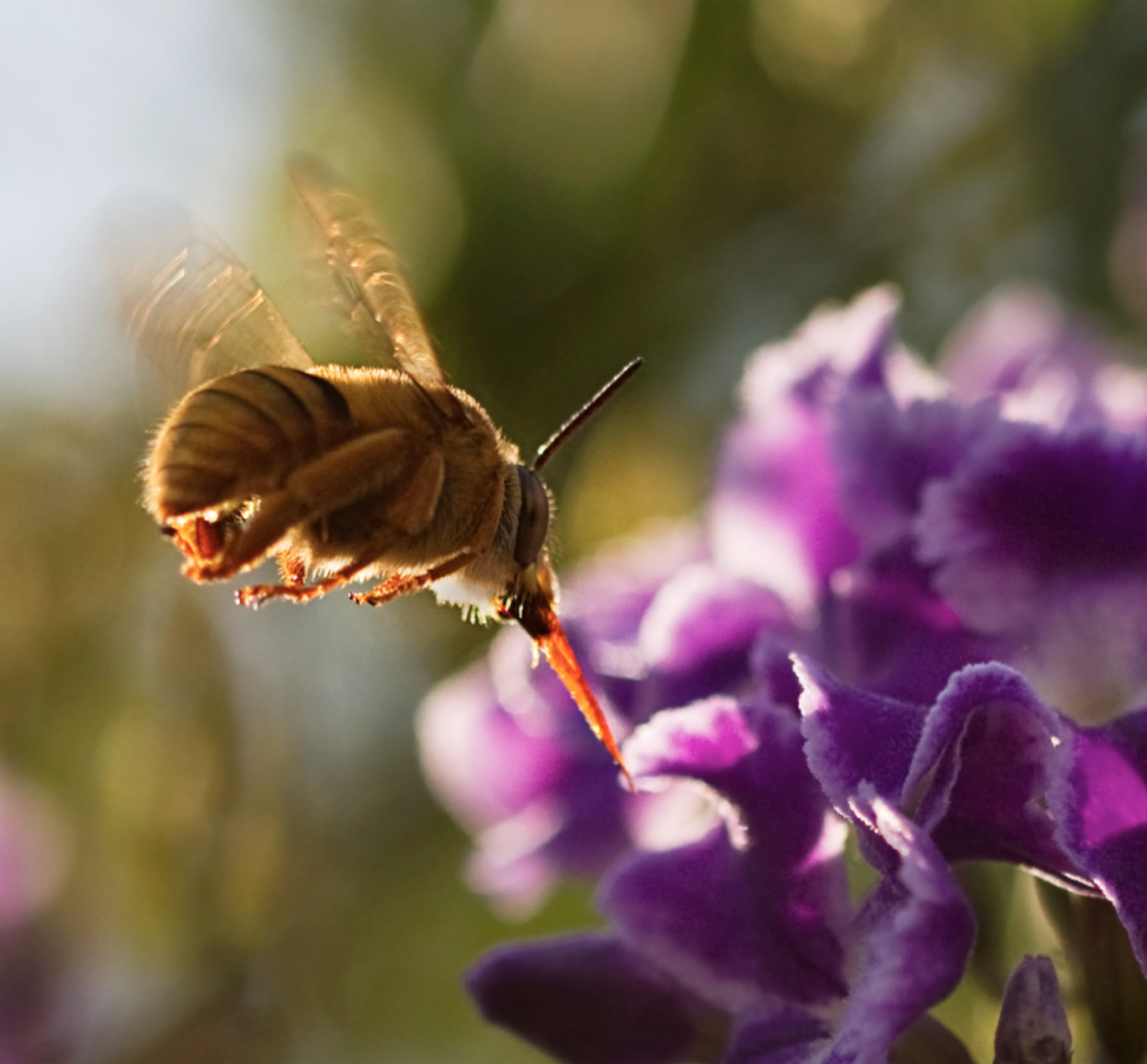 Teddy bear bees feed on many types of flowers endemic and exotic that you may have in your garden such as Abelia, blue flax lilies (Dianella caerulea), Buddleja. Similarly to blue banded bees (Fauna Feature March 2021 – Blue banded bees), teddy bear bees are buzz pollinators. Some plant species require buzz pollination to be able to reproduce. The bees reach a flower, they create vibrations and tiny capsules in the flower open to release the pollen. Teddy bear bees play a significant role in pollination of flowering plants in Australia. However, human development and continuous land clearing is a serious threat to native bee habitats. You can attract native bees in your own backyard by planting nectar rich flowers and creating good spots for bees to nest. If you want to learn more about how to plant a native bee friendly garden follow the links below.

Reference photos from top to bottom: 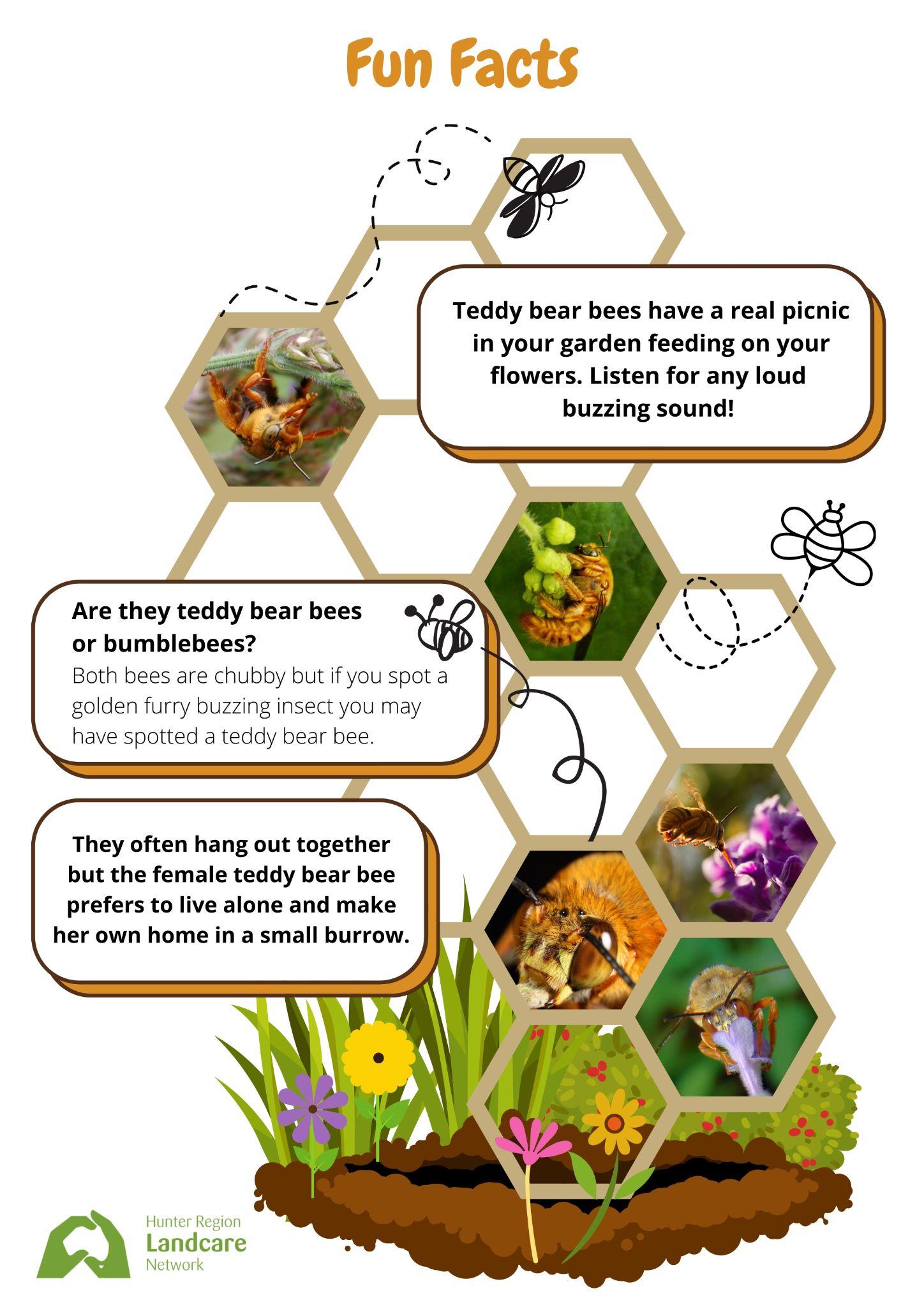 “Teddy bear bee” by Ms_Voren is licensed under CC BY-SA 2.0

“Teddy bear bee” by Lacewing! is licensed under CC BY-NC-SA 2.0

“File:Flickr – aussiegall – Teddy Bears Picnic.jpg” by Louise Docker from sydney, Australia is licensed under CC BY 2.0

← Special Fauna Feature Edition: What do you know about the vertebrate feral animals of the Hunter? Hunter Region Landcare Workshop grants 2021-2022 →