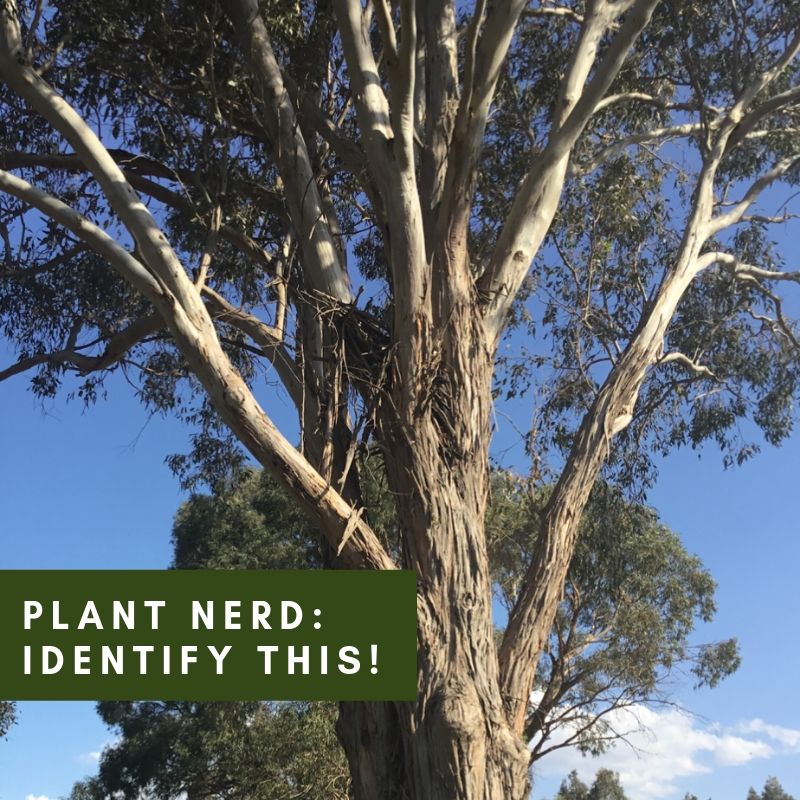 A Plant Nerd Answers: How to ID a Gum Tree

The Eucalypts and close allies are an icon of the Australian landscape, appearing almost everywhere except rainforests*, grasslands and wetlands** (*technically a “rainforest” with Euc’s emergent is a Wet Sclerophyll Forest, **unless it’s a Swamp Mahogany). With over 800 species in the world and around 240 species in New South Wales identification can be a bit tricky (even the experts still argue over a few, and get things wrong from time to time).

One of the first things we look at when identifying a Eucalypt (or close relative Angophora or Corymbia) is the bark, is it smooth? Rough, Stringy, Hard? Soft? If you haven’t already found it we have photos of bark types here: https://hunterlandcare.org.au/eucalypt-bark-types/

We also need to look at the leaves, flowers and fruit (gumnuts), looking at things like shape, size, colour, how many and so on. Again, a few typical gumnuts here: https://hunterlandcare.org.au/gumnuts/

So, this month we had a request for identification come in from Rothbury. This one was a little confusing. 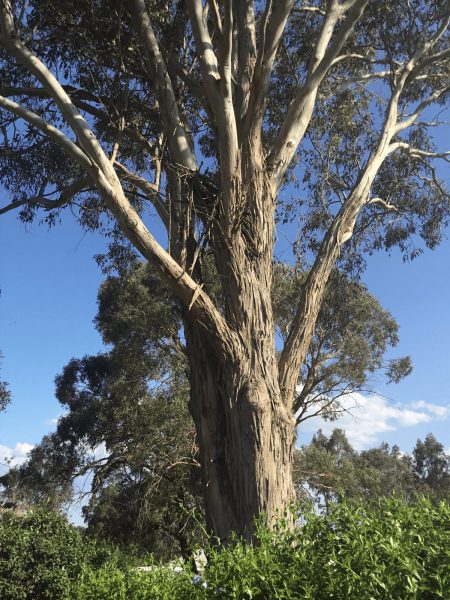 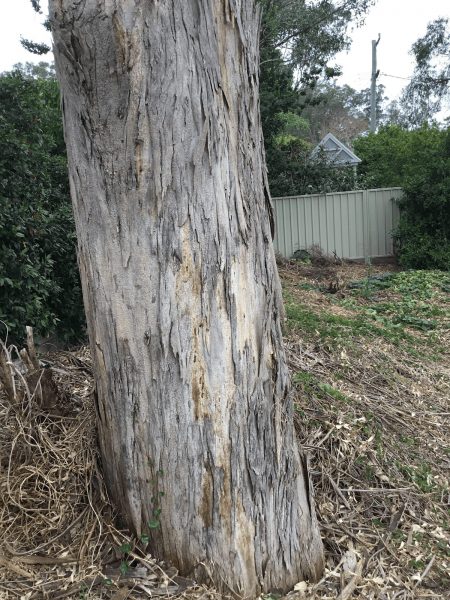 However, the lower bark looks a bit like Yellow Box (E. melliodora) 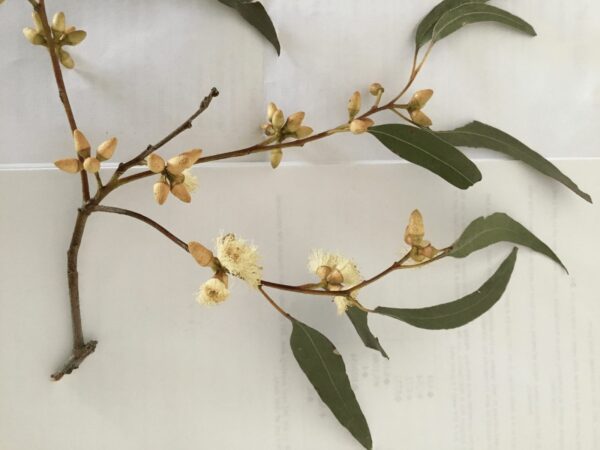 Flowers and buds look nothing like the ones for Yellow Box (Yellow Bux buds look similar to River Red Gum buds), Ribbon Gum has flowers in groups of 3, this has them in groups of 7, let’s have a look at the fruits. 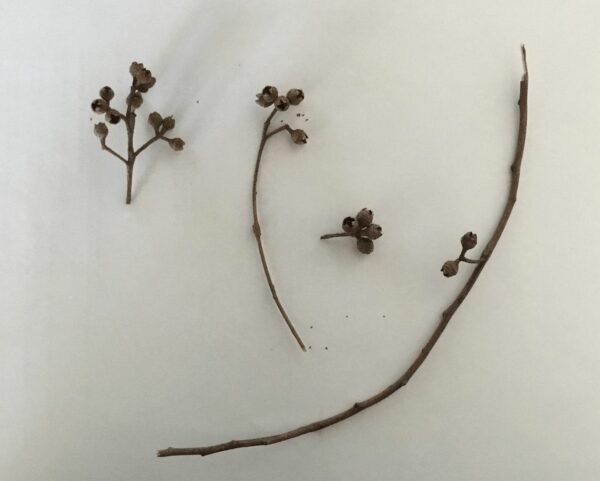 Fruits are a rounded shape with raised disc and exserted (pointing out) valves typical of the Red Gums. So, working through the local redgums, Forest Red Gum (E. tereticornis) has a long “terete” calyptra (also known as an operculum – the little cap covering the flower), River Red Gum (E. camaldulensis)  has a rounded calyptra with a distinct peak, Parramatta Red Gum (E. parramattensis) has a hemispherical calyptra and the disc isn’t as raised as this one, leaving us with a choice between Blakely’s Red Gum (E. blakelyi) or Slaty Red Gum (E. glaucina).  Without photographs of the juvenile leaves and close ups of the fruit I really can’t say for certain, but Slaty Red Gum is a listed vulnerable species under both State and Commonwealth legislation.

The bark isn’t quite right coming off in small chunks rather than large plates but you have to remember the first rule of Botany: Plants can’t read books.