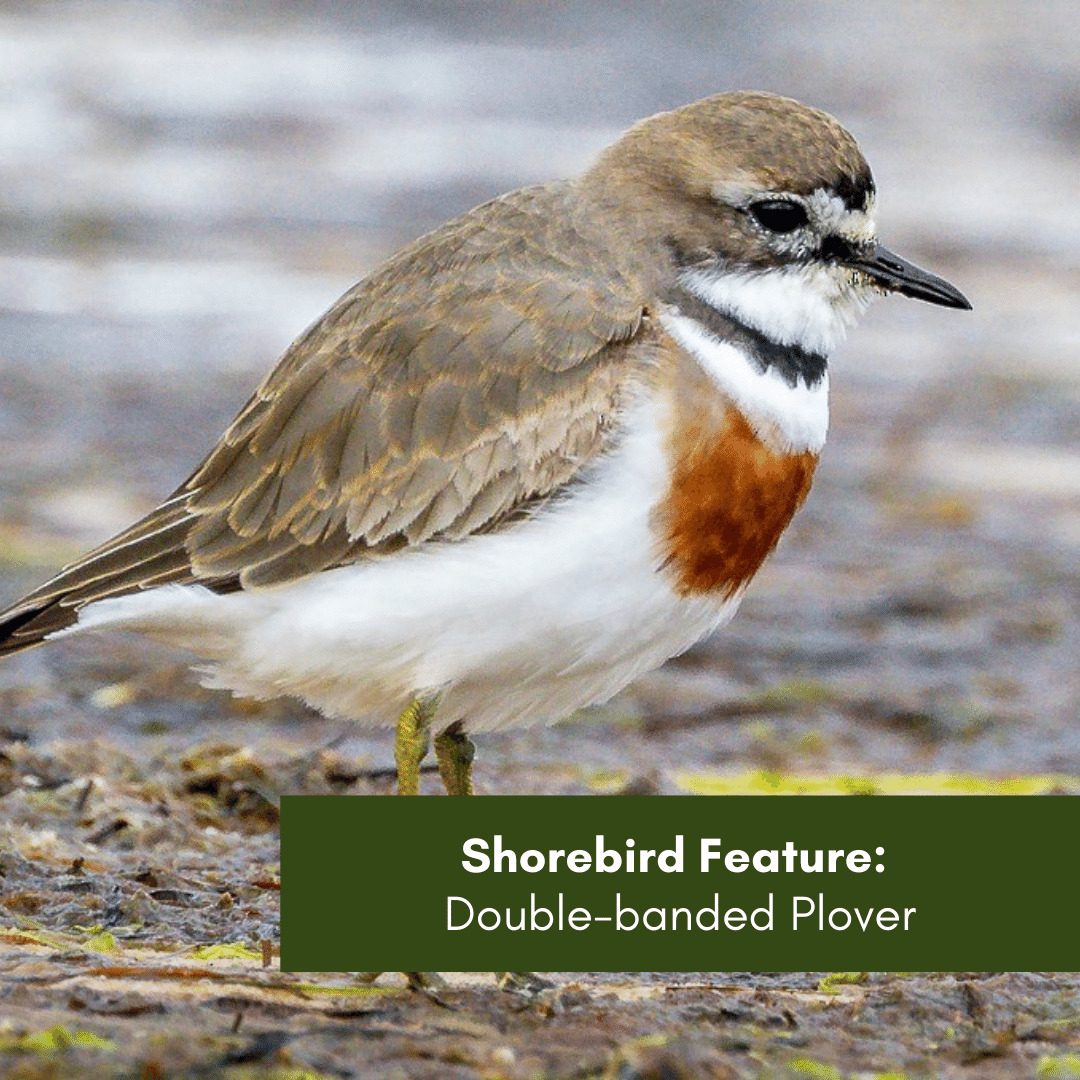 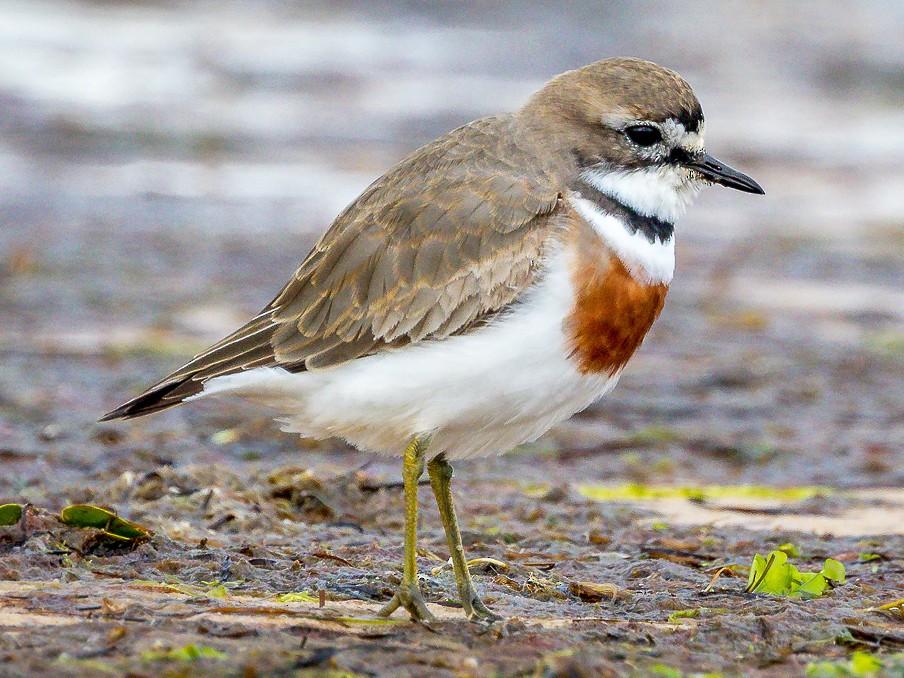 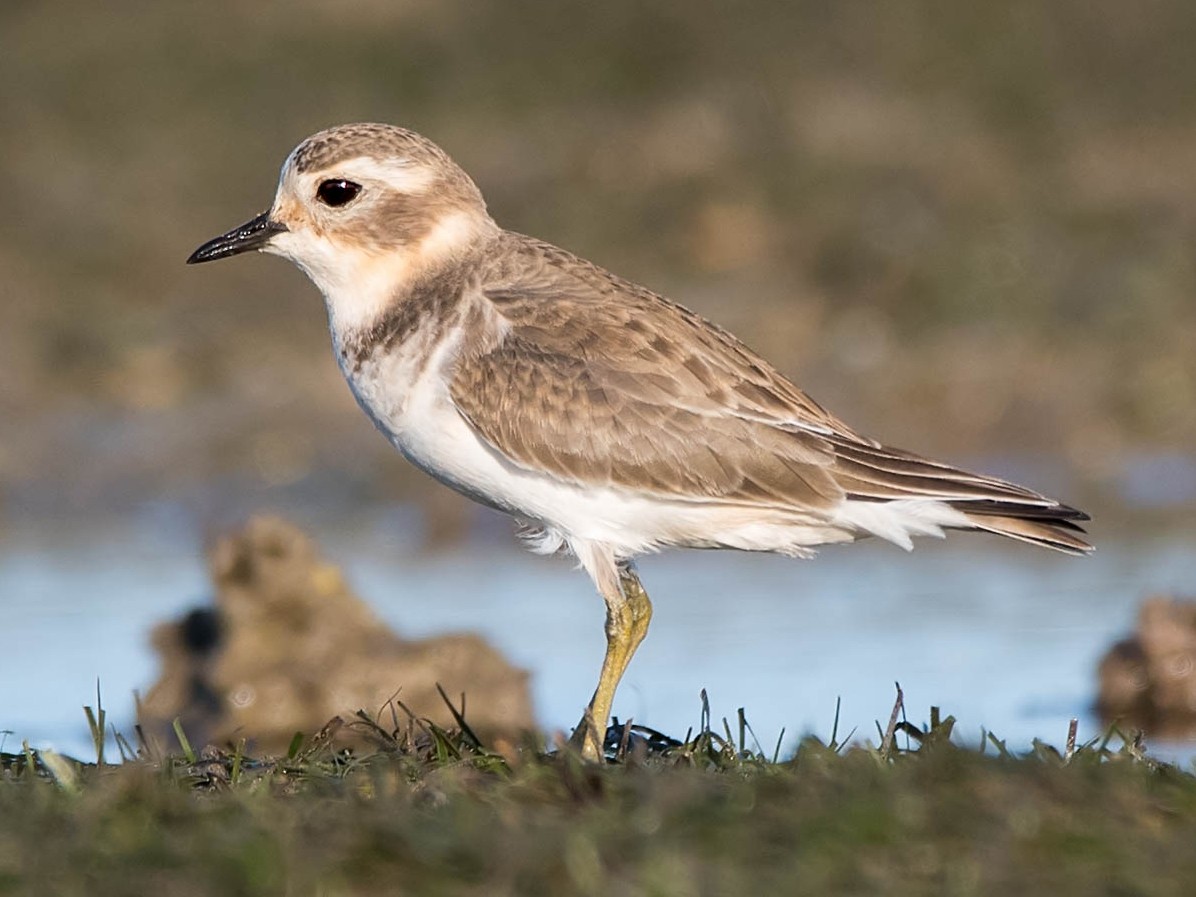 You may think that Winter isn’t a good time to spot migratory shorebirds.

It’s true, the majority of migrants have voyaged to the Northern Hemisphere for breeding in the Arctic tundra.

However, Winter is the optimal time to spot & count Double-Banded Plovers – the only shorebirds that migrate between Australia and New Zealand.

Unique in their East-West migration, Double-Banded Plovers breed and nest in New Zealand then fly to the East Coast of Australia, including Tasmania, to forage and roost.

Arriving in Autumn, the Double-Banded Plovers join residential shorebirds in coastal & estuarine areas to feed on molluscs, crustaceans and insects.

Like other migratory shorebirds, Double-Banded Plovers habitat is associated with Threatened Ecological Communities (TEC’s) such as wetlands, seagrass beds and salt marsh.

They can also be spotted at coastal golf courses, mudflats, rock pools, dunes and lagoons.

Double-Banded Plovers sport a range of plumages, dependant on factors such as age, sex and season. In Australia, the species will be mostly seen in non-breeding plumage, with their distinctive chestnut brown chest patch fading to grey. With their dimmed plumage, they can be confused with relatives such as Lesser Sand Plovers and Large Sand Plovers.

July is a good month to count the Double-Banded Plovers, as their North-migrating relatives are not as abundant in Australia for another few weeks…less confusion between species and easier counting!

Look for their identification features such as; smaller size – approximately 20cm length, quite short, dark grey bill and yellow/green/grey legs.

The international population of this bird is relatively low and on the decline. Though not (yet) listed as threatened, data collection through sightings and counting is valuable. Double-Banded Plovers, or ‘Pohowera’ in Maori, are threatened by predation by exotic mammals in breeding areas. Your data submission via apps such as ‘Birdata’ can assist in monitoring the efficacy of conservation efforts in New Zealand to support population stability.

Students can enter to represent their school or as an individual, with cash prizes up for grabs, including prizes for each State & Territory for the best message or slogan for protecting shorebirds and their habitat.

The Winter Shorebird Count is well underway, starting back in mid-May and concluding in mid-August. The optimal sighting date is coming up on July 1st, but birders are encouraged to continue their counts until August.
“The winter count ensures that we capture Double-banded Plovers in the monitoring program (who spend the winter in Australia and breed in New Zealand during the summer), as well as giving us an estimate of the breeding success for each species.” (Birdlife Australia)

← BEE ALERT Understanding Your Property by the Property Detective →