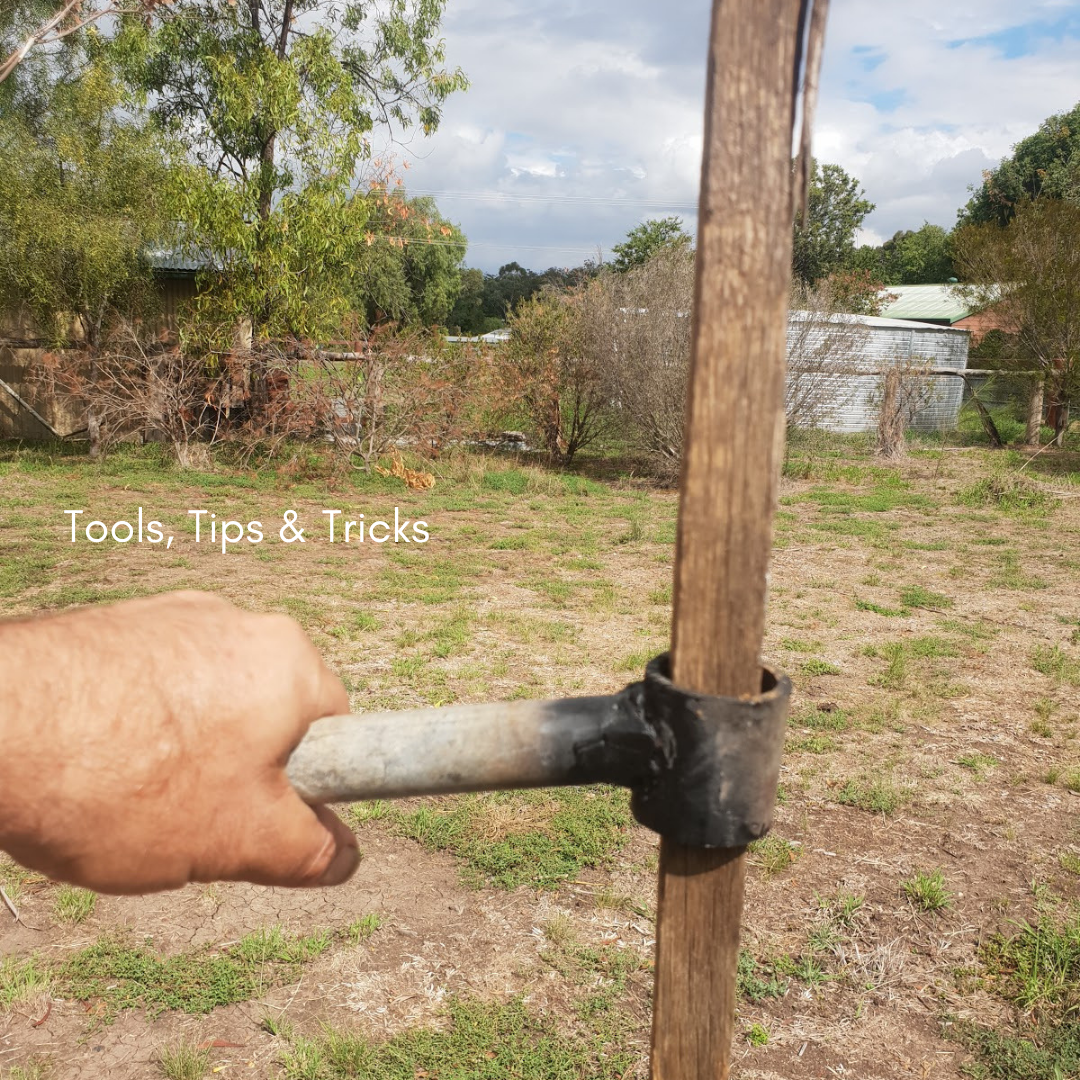 One of the most boring jobs I’ve had in vegetation management (and trust me, there’s been a few) was debagging of trees and recycling of the hardwood stakes. Stakes were generally well stuck in the ground and often splintering, making hand pulling a very hazardous and difficult activity.

After a few trials and a lot of thinking I came up with a destaking tool which just slips over the stake and gives a good grip to lift the stake out of the ground.

All you need is a couple of bits of pipe, about 40-50mm of 38-40mm inside diameter (inch and a half) pipe and around 250mm of 18mm (¼ inch) pipe (and a mate with a welder, provided he or she is still talking to you after making last month’s tool).

Notch one end of the 18mm pipe (either grind or cut) as shown. 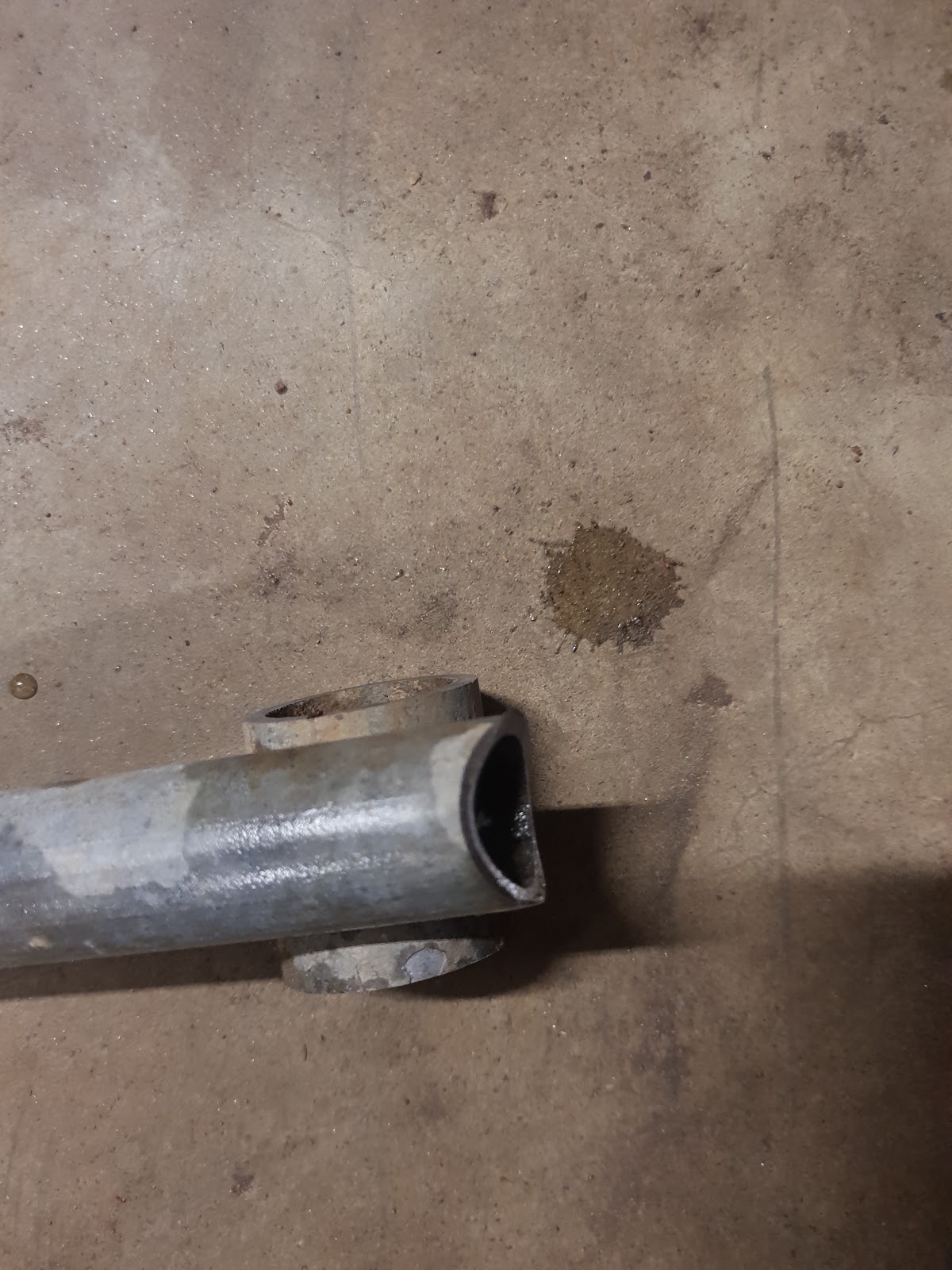 Clean up the galvanising from where you want to weld 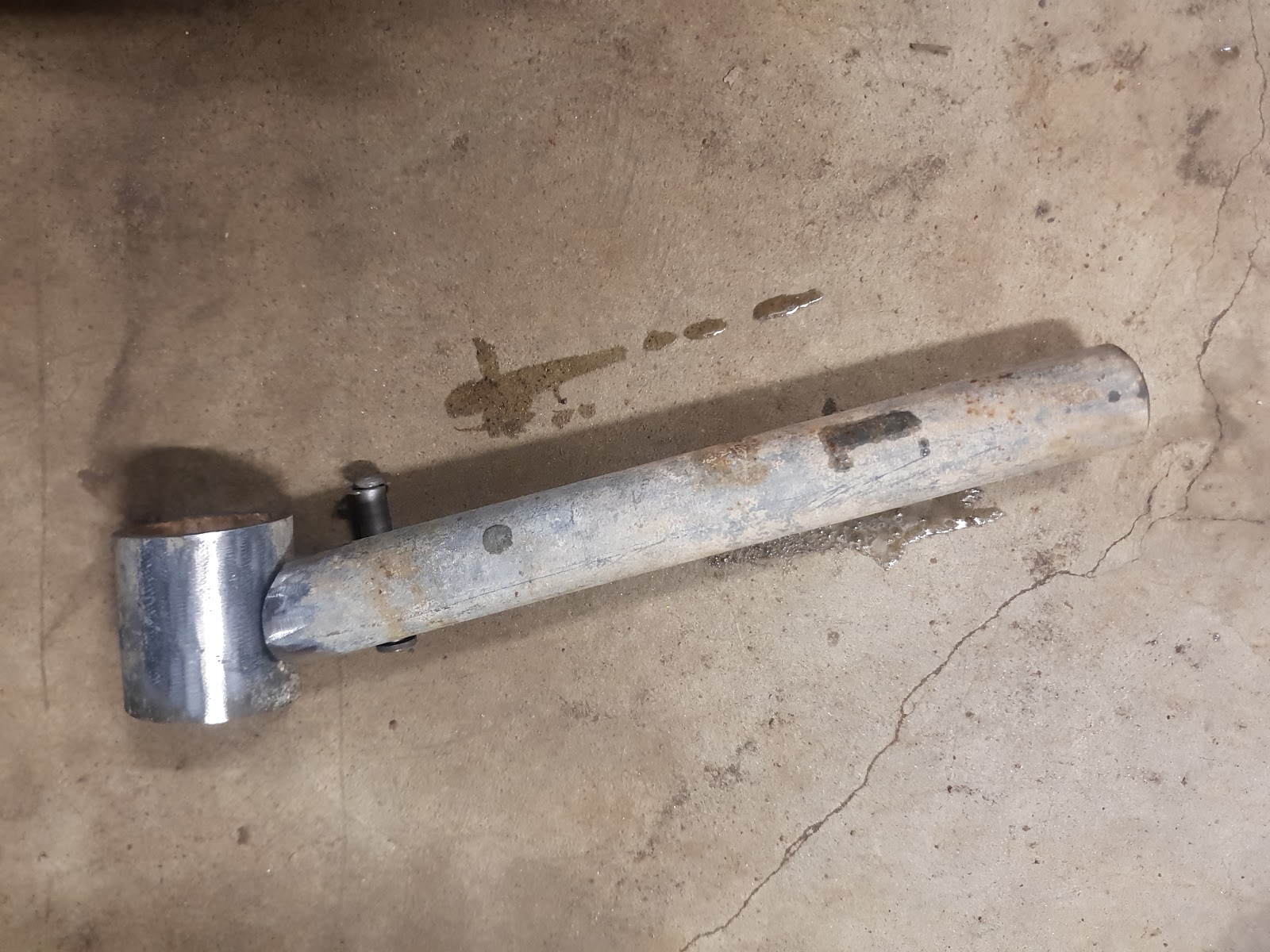 Weld them together so that the handle is angled slightly down from the “gripper”, cut a couple of teeth in the gripper for, umm, grip and give it a hit with a bit of paint to prevent rusting and cover up my poor welding (hey, it works!). 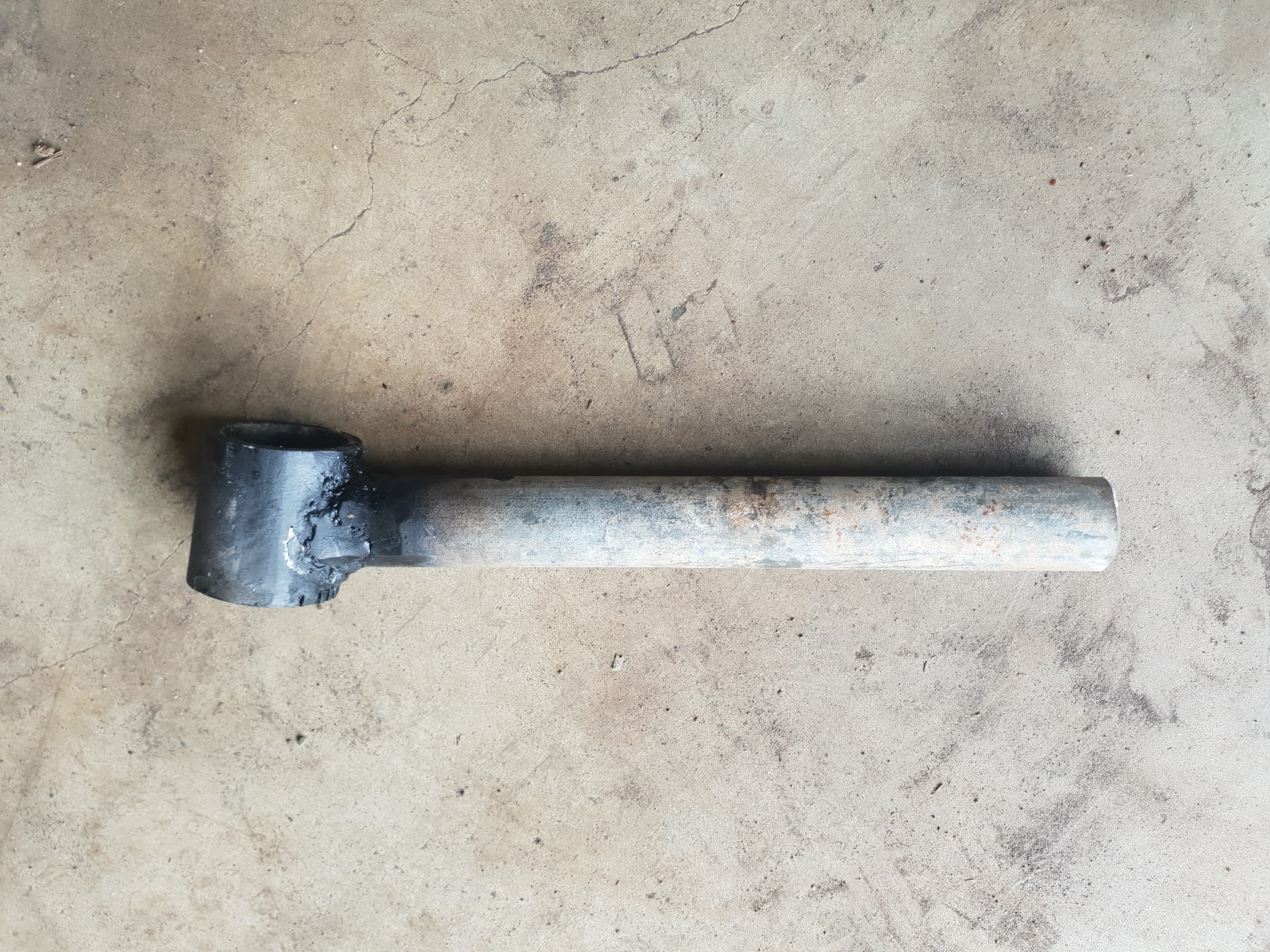 And now you’re ready for destaking. 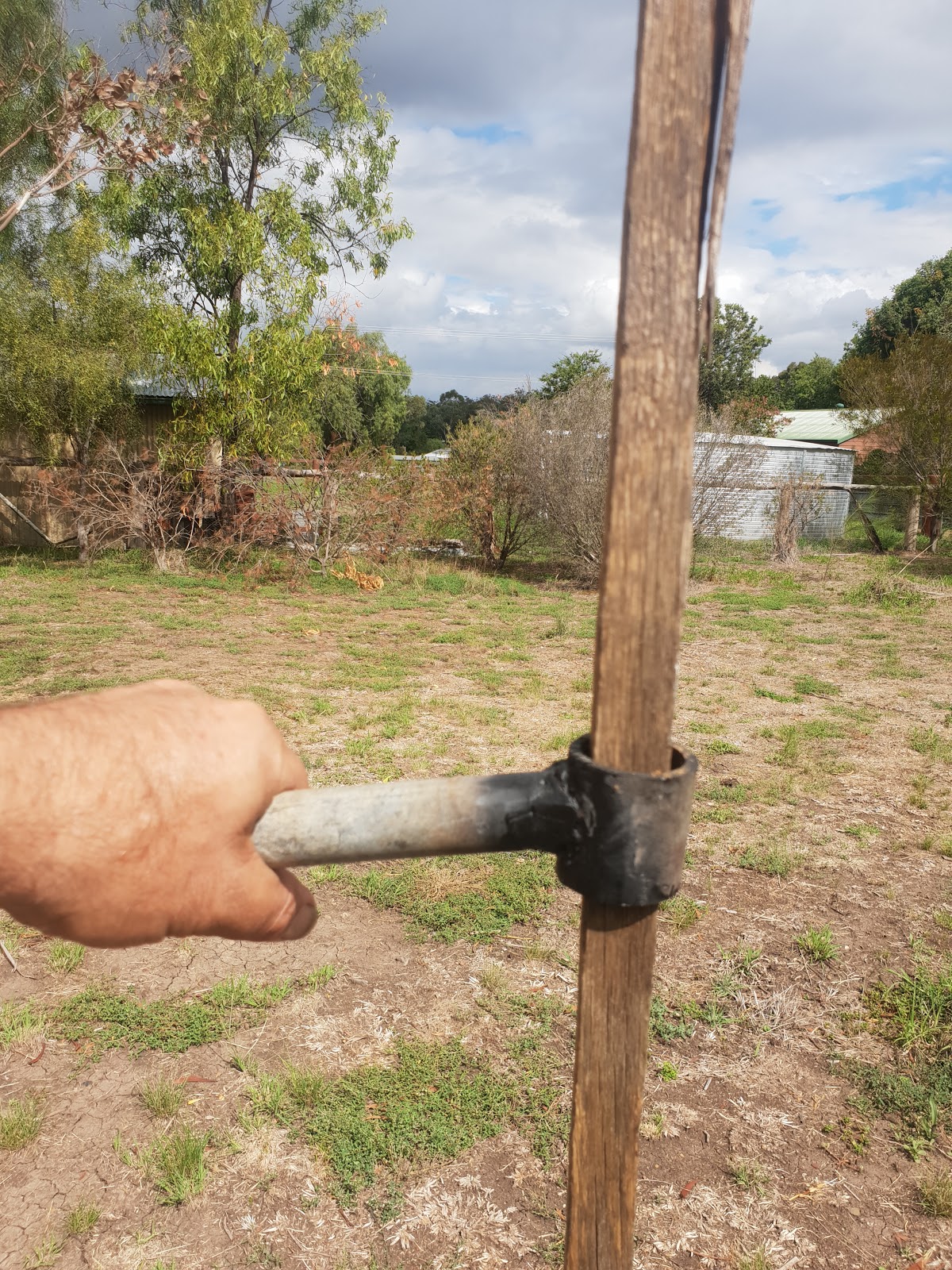 (*Oh, and the award winning? In the early noughties {2000’s} the Kooragang Wetland Rehabilitation Project won Newcastle Council’s Environment Award, I spoke to a judge a few months later who told me the point of difference which got KWRP over the line from a few others that were closely ranked was the destaker)