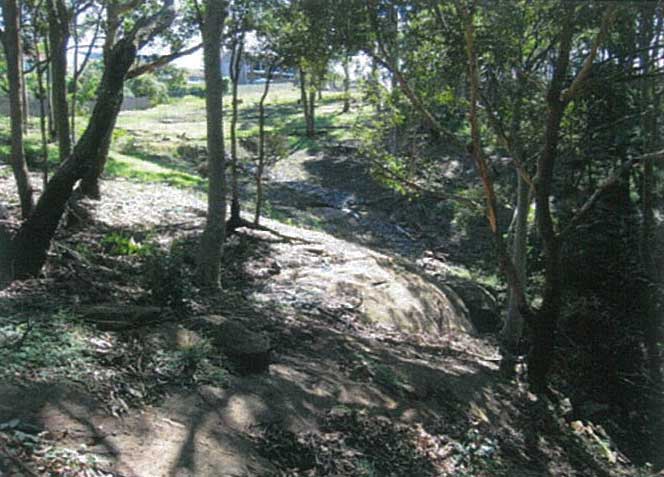 The Landcare group was formed in 2003 and its original objectives have been essentially achieved. These objectives were to eliminate the Bitou Bush, Lantana, Trad and other weeds from the creek line, gully and adjoining slopes and to reestablish a rainforest flora that is consistent with the littoral and temperate species that may have existed on the site before coal mining commenced.

Coal mining commenced in the 1920s and the Spotted Gum and Blackbutt canopy with rainforest understory was largely 5 destroyed. Except for one or two Blackbutts, which may be over 100 years old, the current eucalyptus canopy is regrowth probably no older than 50-70 years. Coal mining ceased in the 1940s and left the soil profile seriously disturbed or altered. In some places on the site the soil at the time of replanting in 2005 was little better than mine tailings.

Originally, the rainforest would have been extensive below the cliff line which faces east and southeast, providing shade from the western sun and run off from southerly rain. This rainforest has been almost totally eradicated by the coal mining. Peter and fellow Landcare volunteers have been working extremely hard to restore the rainforest back to its former glory.

The following photos (right) show the creek line regeneration over 15 years, beginning at the time of the major weed eradication and burn prior to replanting in 2005. An understory bush fire in late 2003 cleaned out much of the Bitou Bush and Lantana on the northern side of the Creek line.