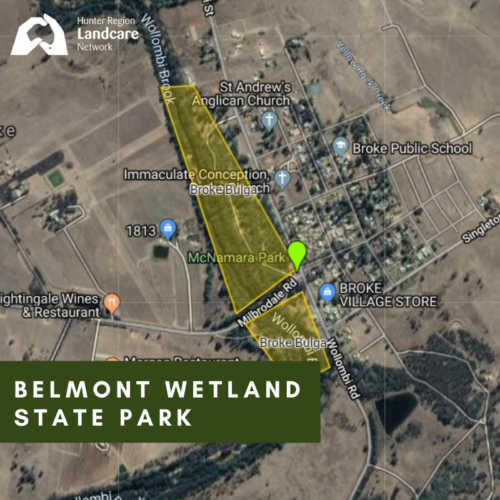 Working over multiple sites including McNamara, Stewart McTaggart and Herbert Parks in Broke and the Fordwich Crossing Reserve, we aimed to reduce or eliminate woody weeds such as African olive, camphor laurel and broad-leafed privet, along with cactus and tradescantia. We have achieved this through working-bees over 15 years before we were given financial and personnel assistance from Bulga Coal and Local Land Services. This assistance came in various forms but mostly contractors to do the heavy work needed.

The near total control of African olive in all three parks plus progressive elimination of camphor laurel and privet.

The near total control of African olive in all three parks plus progressive elimination of camphor laurel and privet.

Over our time together we have staged and hosted information days on the lifecycle and feeding regimes of wombat, plus several days on wild dog and fox control methods. In addition to this, we continue to work on the cactus problem due to re-infestation from periodic floods.

The benefits of being a Landcare group are meeting local residents with a common interest in the bush, streams and animals, as well as the opportunity to learn new skills like Indigenous cool-burning techniques, controlling feral animals, using chainsaws, brushcutters and more.

Winegrowers have been part of the membership, including John Tulloch, whose whole life has been spent in Fordwich. The first president was Roy Palmer, who handed the role to Wendy Lawson who continues as president.

When the primary land use around Catherine Hill Bay was underground coal mining, all the timber needed for the mine, railway and housing was taken locally. There has been stockpiling of coal over large areas and coal chitter was used for fill, leading to contamination of the soil, erosion, non-native plant introduction and weed invasion.

Catherine Hill Bay Dunecare activities were launched on Clean Up Australia Day in 1991 to work on the dunes at the southern end of Catherine Hill Bay (CHB) beach around the Surf Club, and from 1995 on the dunes at Graveyard Beach to the north where we have also preserved 3 historic graves dating from 1897. In 2005 the group joined Lake Macquarie Landcare and we have continued to work on both sites, and the swamp mahogany and cabbage-tree palm wetlands below the dam to the north of the villages.

After the bushfire of 2013, planting 400 Acacia sophorae in the black, bare bush was therapeutic. We had a Super Saturday Session in October 2014 and walked along the ridge between the villages to see the display of orchids and wildflowers – many not seen for decades. 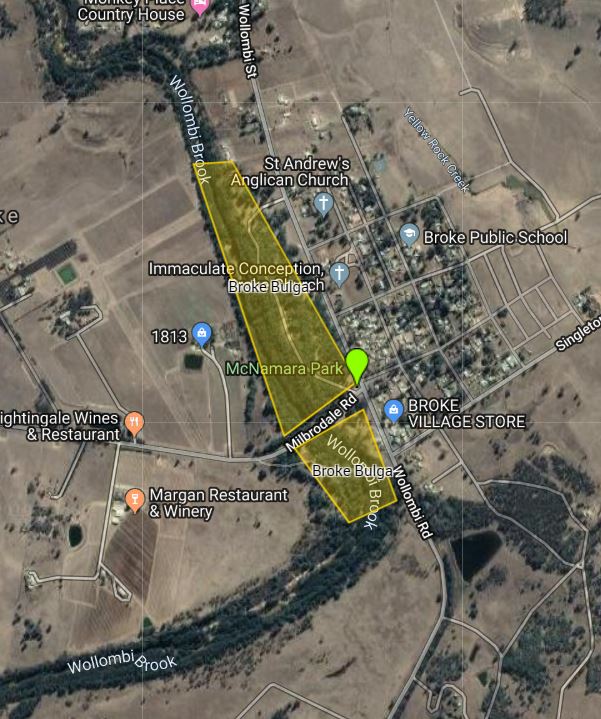 We have focused on dune regeneration by removal of weeds and stabilisation by plantings. On their visits Lake Macquarie Landcare Green Team poison blackberry, lantana and bitou bush and do heavy manual weeding.

The south site is now in good condition, as is the area between the cemetery and Graveyard Beach. Bitou maintenance weeding is an ongoing task. We are now enjoying working further north along Graveyard Beach with easier weeding in the sand, and an echidna visiting us!

People who want to ‘garden’ and improve their view need to be patiently coaxed into loving our endemic plants and leaving pulled weeds to shade, scaffold and mulch, however untidy! We enjoy doing our bit for bush regeneration and dune stabilisation – it is great to see the difference we have made and also restoring the bushland setting of the unique heritage village of Catherine Hill Bay.