Broke Bulga Landcare is helping to restore the River Red Gum along Wollombi Brook between the towns of Broke and Bulga, linking the two communities with a common goal.  They have a small pilot project restoring River Red Gum to four private properties at this stage, with support from Hunter Region Landcare Network and Hunter Local Land Services through funding from the Australian Government’s National Landcare Program and Bushfire Wildlife Recovery Program”.

The River Red Gum (Eucalyptus camaldulensis) is among the most iconic of Australia’s eucalypts. It is the dominant tree in many riparian and floodplain ecosystems across Australia, but naturally occurs in only one coastal catchment, the Hunter. Being the only coastal population makes it of significant conservation value. Unfortunately, the Hunter Catchment population of River Red Gum is at risk of becoming extinct and is listed as an endangered population under the NSW Biodiversity Conservation Act 2016.

They are also helping the Save our Species and the Restore and Renew teams collect leaf samples for genetic analysis. A genetic study will help guide the collection of seed for restoration to ensure plantings are of appropriate provenance and sufficiently genetically diverse to be resilient in the long term.  A previous study found evidence of inbreeding depression in the Hunter Catchment population and the planting of non-local provenance is recognised as a potential threat to the genetic integrity of the Hunter catchment population.

To help our collection of genetic material, we would like to locate any remaining River Red Gum trees in our area. We suspect there’s more persisting than previously believed. Only recently we found a stand on private property at the site of our pilot project.

If you have seen any River Red Gums in the Broke Bulga area or would like to get involved in the project, contact brokebulgalandcare@gmail.com. 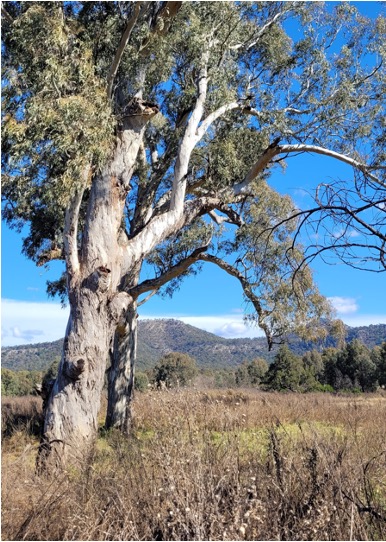 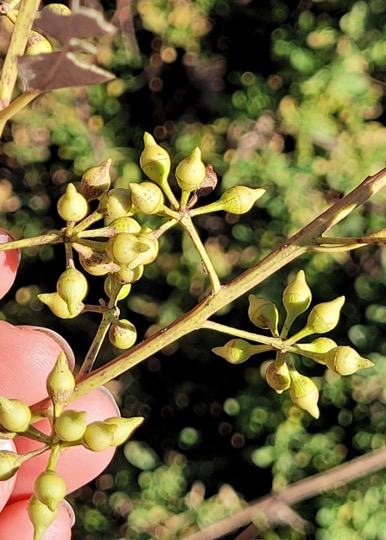 River Red Gum can be distinguished from the similar Forest Red Gum (Eucalyptus tereticornis) by the distinctive point on their buds (calyptra). Click on the links to see illustrations of buds for both species. 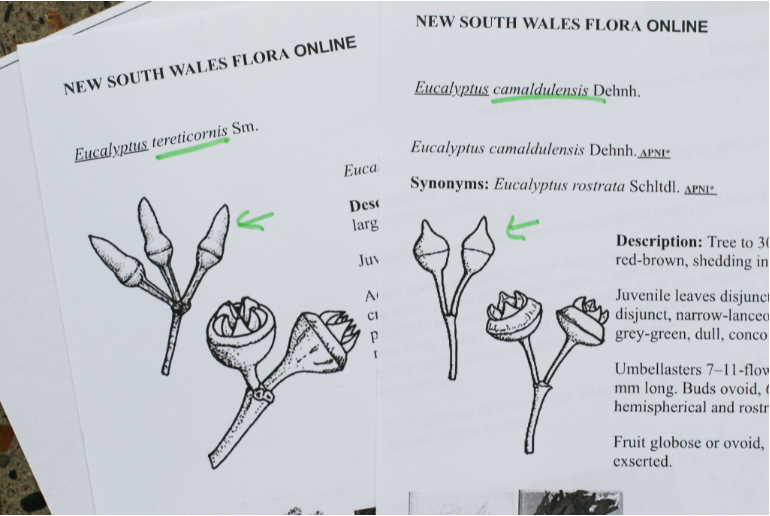 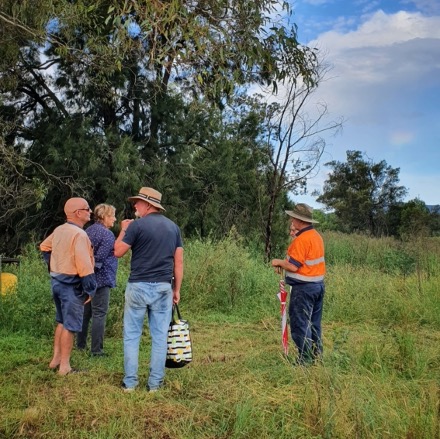 Local Broke landholders inspecting a future planting site for River Red Gum along Wollombi Brook. This pilot project is a wonderful example of private landholders working together to restore our environment.