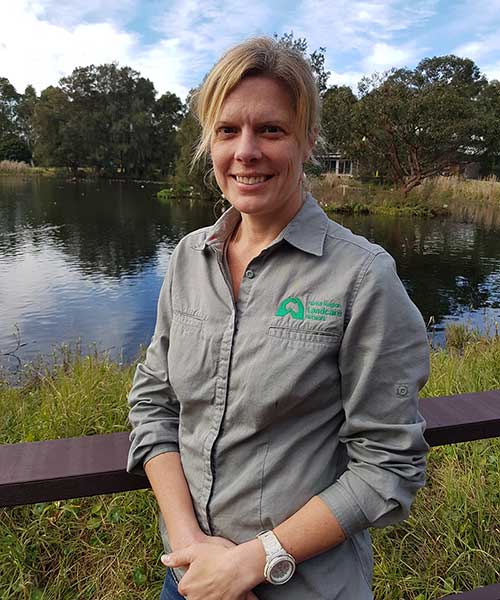 I have always loved nature and the great outdoors. Though it wasn’t a direct path, its no surprise that I found my way to a rewarding career in Natural Resource Management! Working for Conservation Volunteers Australia, I led many projects in the Hunter Region including Green Army and bush regeneration teams and still volunteer with native animal rescue groups.

I want to see people of all ages working together in landcare to sustain our natural environment. True connection and community building comes when we work together, share experiences, and learn from each other, not from social media,(though useful for communication:) I am committed to supporting the efforts of all our valuable Landcarers in the Lower Hunter. I aim to engage with the wider community for the benefit of the environment and us all. 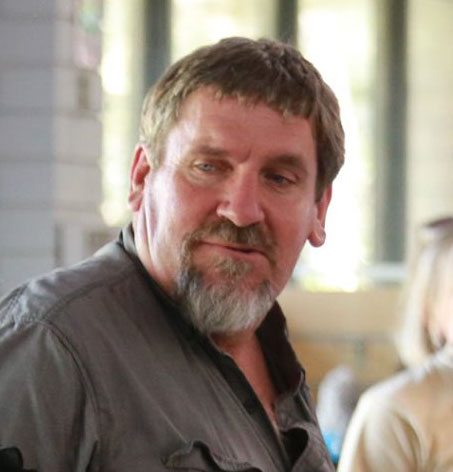 Paul has been involved in natural resource management and Landcare for over 25 years in the Hunter region and is a great source of knowledge for plant and insect ID, and bush tucker.

Paul is able to advise on a wide range of NRM matters, particularly in application to our rural communities of the upper Hunter region. 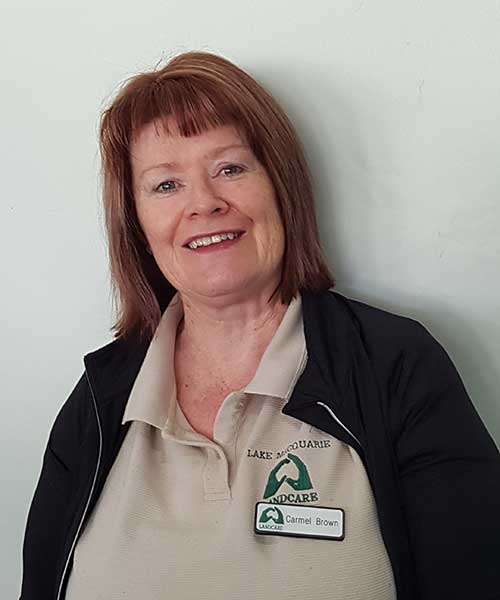 I grew up in country NSW, helping my parents create native gardens in our schoolyards and principal’s residences. I guess that’s why I chose to live at Catherine Hill Bay 26 years ago, despite the cottage having boards hanging off – the village, bush and beach were like home.

When my son became a Cub Scout, I soon took over coordinating 1st Swansea Scouts Landcare. We saw the hall become surrounded with bushes, the lake edge change from kikuyu to native plants, and best of all, local Indigenous elders joined us in planting a bush tucker garden.

Catherine Hill Bay Dunecare/Landcare then restarted and we started regenerating the dunes on Graveyard Beach and the banks of Catherine Hill Bay Ck, at the south end. Other areas were burnt in October 2013, but we’ve gratefully received loads of Landcare plants and planted these areas, too.

I joined the Lake Macquarie Landcare Network Committee in 2013 and became the Chair for a few years, and I represent LMLN on the Hunter Region Landcare Committee, too. In 2016 I gained my DipCALM from Tocal.

Why am I still in Landcare? I’m continually inspired by the people in Catho still fighting to protect history and community; my bit is giving the flora and fauna a helping hand here, and across the Hunter. 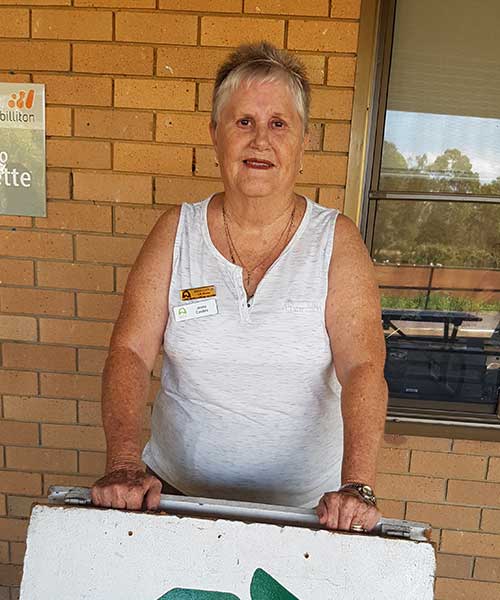 I have lived in Shortland for 54 years and worn many hats on many environmental committees. I am one of the original members of the HRLN and have attended almost every meeting since its formation. I have always been very passionate for the network. The Shortland to Wallsend Landcare Group was formed by a group of us 28 years ago and it was the first registered Landcare group in the Newcastle Local Government Area. The group are still a very active but in reduced numbers. Another environmental hat that I wear is the volunteer Landcare facilitator at the Wetland Centre Australia at Shortland. At this site I am a former Board Member and a Site Committee Member. I have been volunteering at the wetlands for 21 years facilitating the 4 Landcare groups on site. I have seen Great changers in the Network since the Landcare Coordinators have been re-instated. 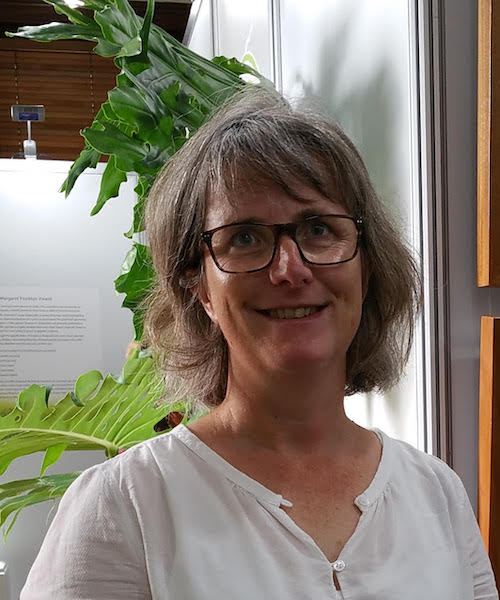 I have been fortunate to have lived on the northern beaches of Sydney and in the Upper Hunter, enjoying nature in a vast array of environments. Now settled in Newcastle, I enjoy wandering and working in our bushland, coastal areas and grasslands.

I have worked as an Ecologist since 1995 with non-profit and government organisations, almost always involved in Landcare in urban and rural areas. I am also a Natural History Illustrator, which has allowed me to document Australia’s unique flora and fauna in a different way, inspired by Naturalists such as Ferdinand Bauer.

I have always found Landcare to be a wonderful way of bringing people together to care for and preserve our natural environment, but it also builds on the strength and resilience of our communities. My wish is for Landcare across the country to grow and continue to provide a voice for healthy landscapes and healthy people. 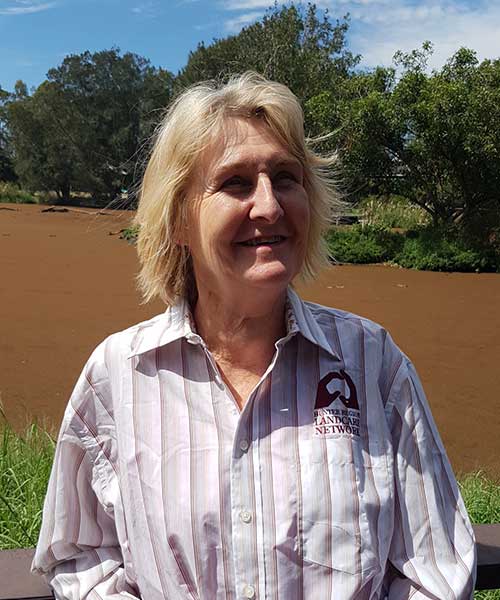 I got my interest in native plants from my dad, Bob Jones, who was a lifetime member and previous president and secretary of the Society for Growing Australian Plants. He was a relative of Don McNair (of the Don McNair herbarium of University of Newcastle) and they went travelling a lot to outback Aus. I remember as a kid we went on S.G.A.P. outings on weekends.
I have been volunteering with Shortland Wallsend Landcare every Tuesday for about 3 years. Committee member since October 2017. I love Landcare because satisfaction it brings in looking after the environment and seeing the positive changes we make. I enjoy the social interaction and the good friends made along the way. 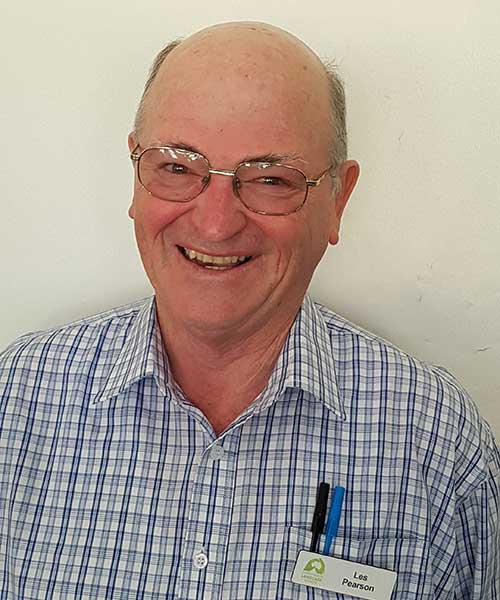 Les became involved in Landcare through his work in developing a property plan for St Philip’s Christian College Cessnock 42ha campus at Nulkaba. He encouraged the college to form a Junior Landcare group and from 2011 has been a member of the Hunter Region Landcare Network. In 2012 Les became a member of the Network committee responsible for the River Red Gum Project in the Hunter and occupied the position of Deputy Chair in 2016. Les comes from a teaching background having taught in Papua New Guinea and Chile as well as in NSW. Les added to his academic resume by gaining a Diploma in Conservation and Land Management from Tocal College in 2016, reflecting his growing interest in Landcare issues.
As Chair, Les hopes that the HRLN will grow in its representative capacity for the region’s Landcarers, combining the various sources of knowledge and experience into an effective voice for encouraging biodiversity and at the same time supporting all who seek positive land management practices in the Hunter Valley. 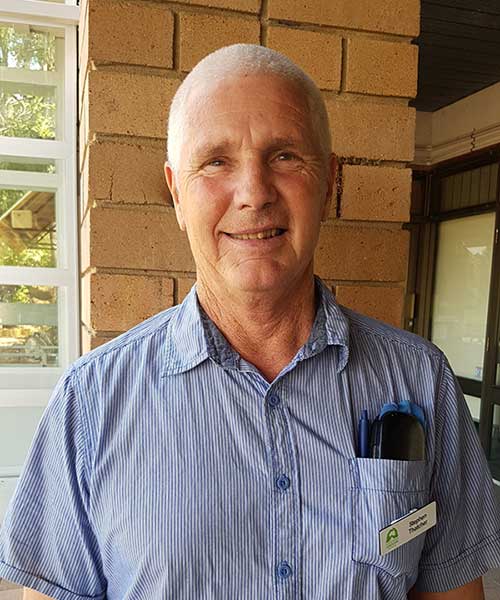 Chairman of Lake Liddell Trust since 2004.