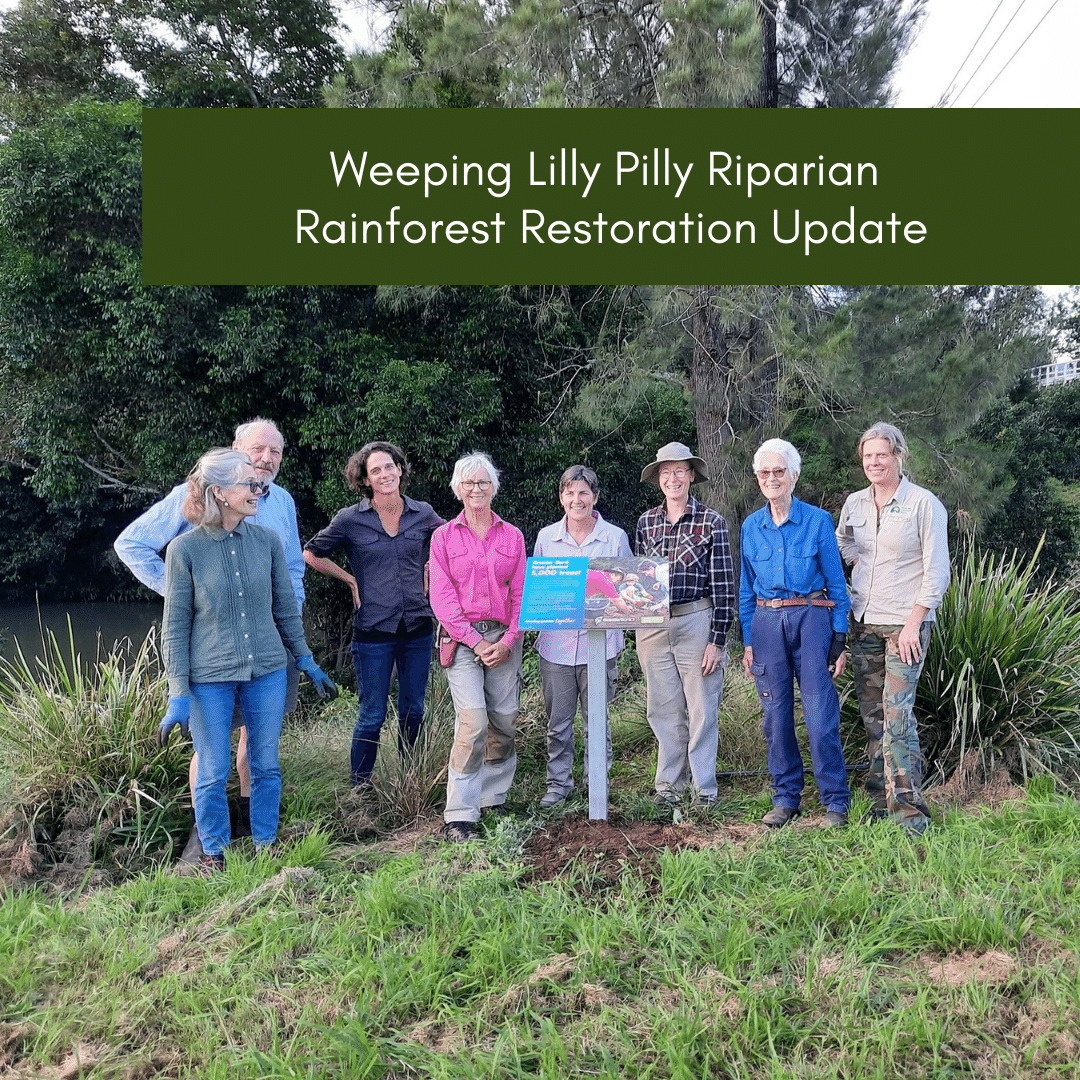 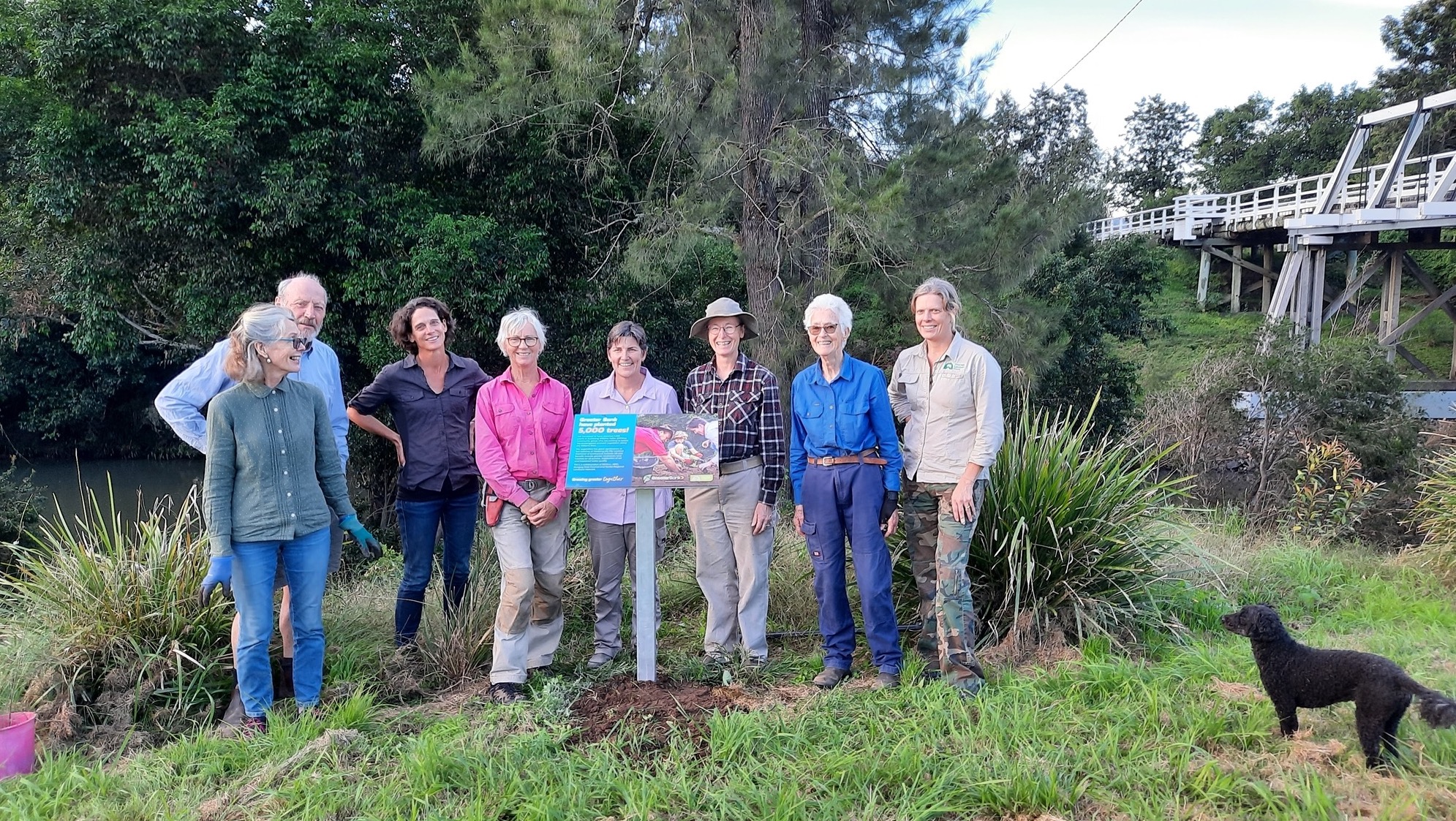 This month, the wonderful team at Sustaining the Williams Valley officially ‘posted’ the Weeping Lilly Pilly Riparian Rainforest Restoration project for all to see at Frank Robinson Park, Dungog.  A commemorative sign was installed to acknowledge the incredible work being done there and to credit the sponsors, most recently the Greater Bank. It is a popular place for locals and travellers to stop for a rest or picnic by the river. The impetus to forming this group was the great flood of 2015 which was devastating for the town and also highlighted the degraded nature of the waterway and the need to do something. The project began back in 2017 with the aim of restoring the Lilly Pilly rainforest on the southern bank which would have existed here in times past.  Over the past 5 years, the group has had many setbacks including drought and more flooding which have impacted on the success of the project but also many successes. Valuable lessons are being learned and documented along the way which can be shared with the wider Landcare community.  With the cooperation of Dungog City Council, the group has great plans for the future.