Three Valleys Landcare (TVL) was an initiative of Andrew Martin a former Sydney criminal barrister and environmentalist, with the support of Dr Suzanne Benn, a former lecturer at the University of Technology, Sydney, and Macquarie University.  The group was formed as an unincorporated association in 2000, and incorporated under the former NSW Associations Incorporation Act 1984 in April 2001.  It remains an incorporated association under the current 2009 Act and is a registered charity.

Andrew Martin was the group’s first public officer and president and was later succeeded by Dr Carol Gibson.  The group originally intended to establish its Landcare and bushcare operations across the relatively remote and partially forested, but geographically broad localities of Howes Valley, Garland Valley and Putty Valley in the Singleton local government area, thus its name, ‘Three Valleys’. These localities straddle the catchment of two rivers, the Hunter and Hawkesbury rivers.

To start, the TVL focused its conservation and bushcare activities on areas in Howes Valley.  At present, activities of the Group are limited to the Putty Valley where most of its current membership is located.

Successful demonstration of a cold burn by Indigenous custodians, the Koori Firesticks.

Memberships can be inconsistent due to a lack of interest, or work and property demands of the few remaining members

TVL’s initial major project was to establish a conservation reserve to protect a known forested habitat of the endangered regent honeyeater alongside the Putty Road in Howes Valley.  It obtained grants of funds from various organisations to advance this project and some initial work was done to improve the habitat.  Unfortunately, however, the reserve has been severely burnt out by subsequent bushfires and there have been no known recent reported sightings of the Rregent honeyeater in the reserve.

Funding was also obtained by TVL in its earlier years to combat the spread of blackberry, along Racecourse Arm and Darkey Creek in the Glenroy area in Howes Valley and along Putty Creek in the Putty Valley.  TVL has also carried out on a regular basis a number of informative educational workshops for the benefit of local landowners, identifying native and introduced grasses, creek bio-systems and controlling noxious weeds.  This remains an important work of the group.

Over time the membership of TVL declined, primarily through a lack of interest, or work and property demands of the few remaining members.  By 2015, things were so dire that Three Valleys Landcare proposed that it be taken over by the Putty  Community Association (PCA).  In a motion successfully moved by one of the original founders, TVL offered to transfer its assets, physical and financial, to the PCA, whereupon  the TVL would be wound up.

The following year Three Valleys Landcare rose from the ashes.  In 2016, it became active again in the Putty Valley under a new executive of Ian David, Sue Casey, Margaret Ferguson, Barbara Kearns, Jane Robinson and Richard Helm, with its activities primarily focused on improvement of the riparian zones along Putty Creek through the Putty Valley.  TVL has also been fortunate to have assistance, on a regular annual basis, for riparian zone regenerative work in the Putty Valley from members of The Friends of the Colo through the unstinting efforts of its longstanding member, Dr Carol Gibson.

In 2017, Three Valleys Landcare achieved a significant improvement in its membership list and ran open days that included a very successful demonstration of a cold burn by Indigenous custodians, the Koori Firesticks.  This was followed up with a series of seminars on water, its management and retention in the face of our most recent severe drought.

In 2018, Three Valleys Landcare successfully obtained a substantial grant from the NSW Office of Environment and Heritage to restore the health and sustainability of Putty Creek through the Putty Valley.  The first stage of the Putty Creek Restoration Project is underway, through the guidance of ecologist and Putty landowner, Anna Knutzelius.  It involves fencing both sides of a section of Putty Creek and the planting of local native ground cover and trees within that corridor.  The aim of this work is to exclude cattle and horses from accessing Putty Creek, except during drought and certain conditions when other watering sources are not available.

Since its rebirth, Three Valleys Landcare has introduced members and local landowners to a regular schedule of practical workshops and information-based social events. To ensure the TVL’s involvement in the wider Landcare community, TVL President, Ian David has consolidated TVL’s affiliations to the Singleton Shire Landcare Network and the Hunter Region Landcare Network.  These affiliations continue to strengthen with the support of Local Landcare Coordinator, Stacy Mail.   TVL has also forged ongoing relationships with Local Land Services, the Department of Primary Industry, Putty Rural Fire Brigade and the Putty Community Association.  Three Valleys Landcare also sees the future as a return to the true ‘Three Valleys’ spirit of the original group.  Going back to Howes Valley and Garland Valley is an important step on the future realisation of the Three Valleys Landcare. 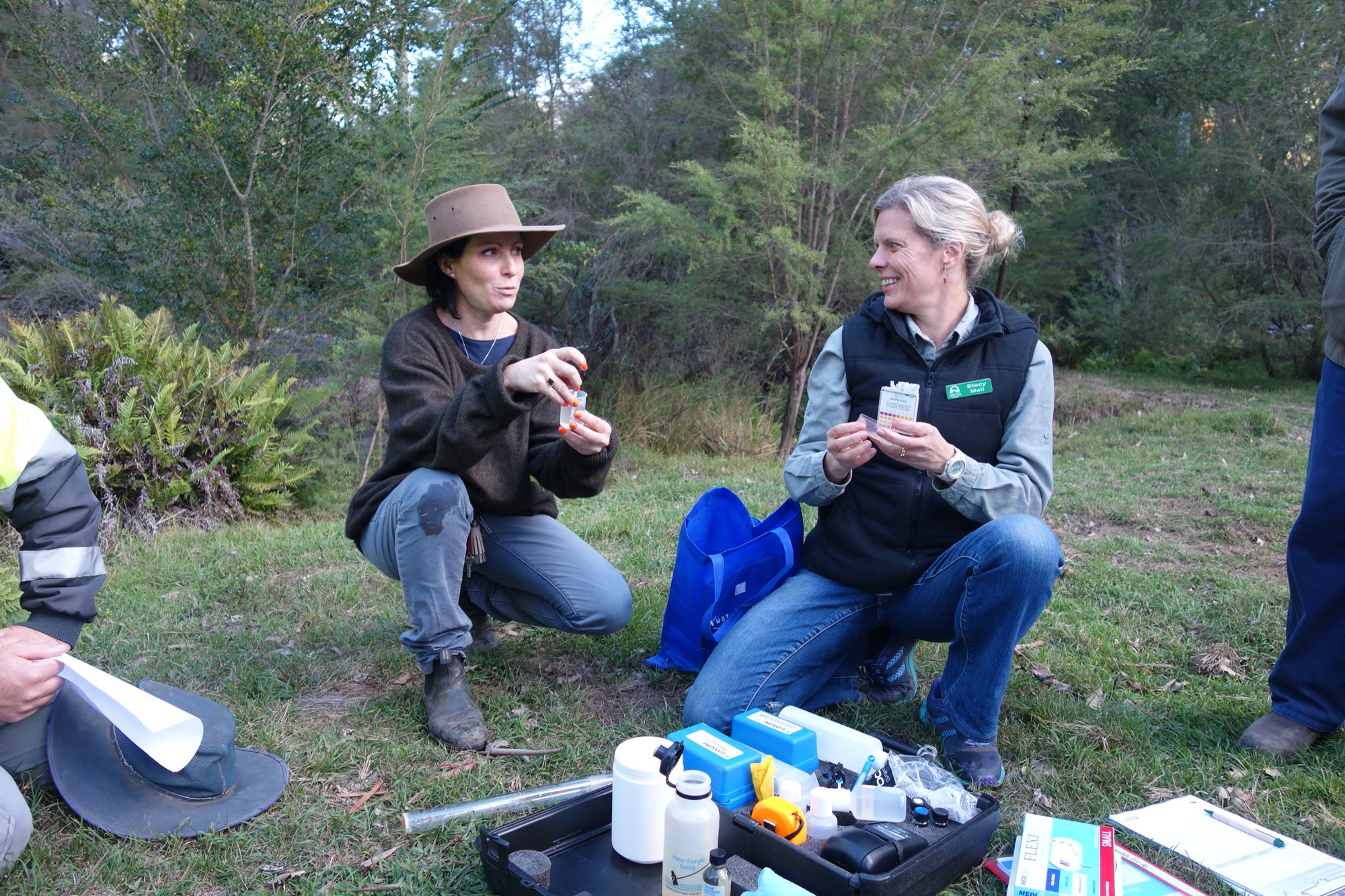 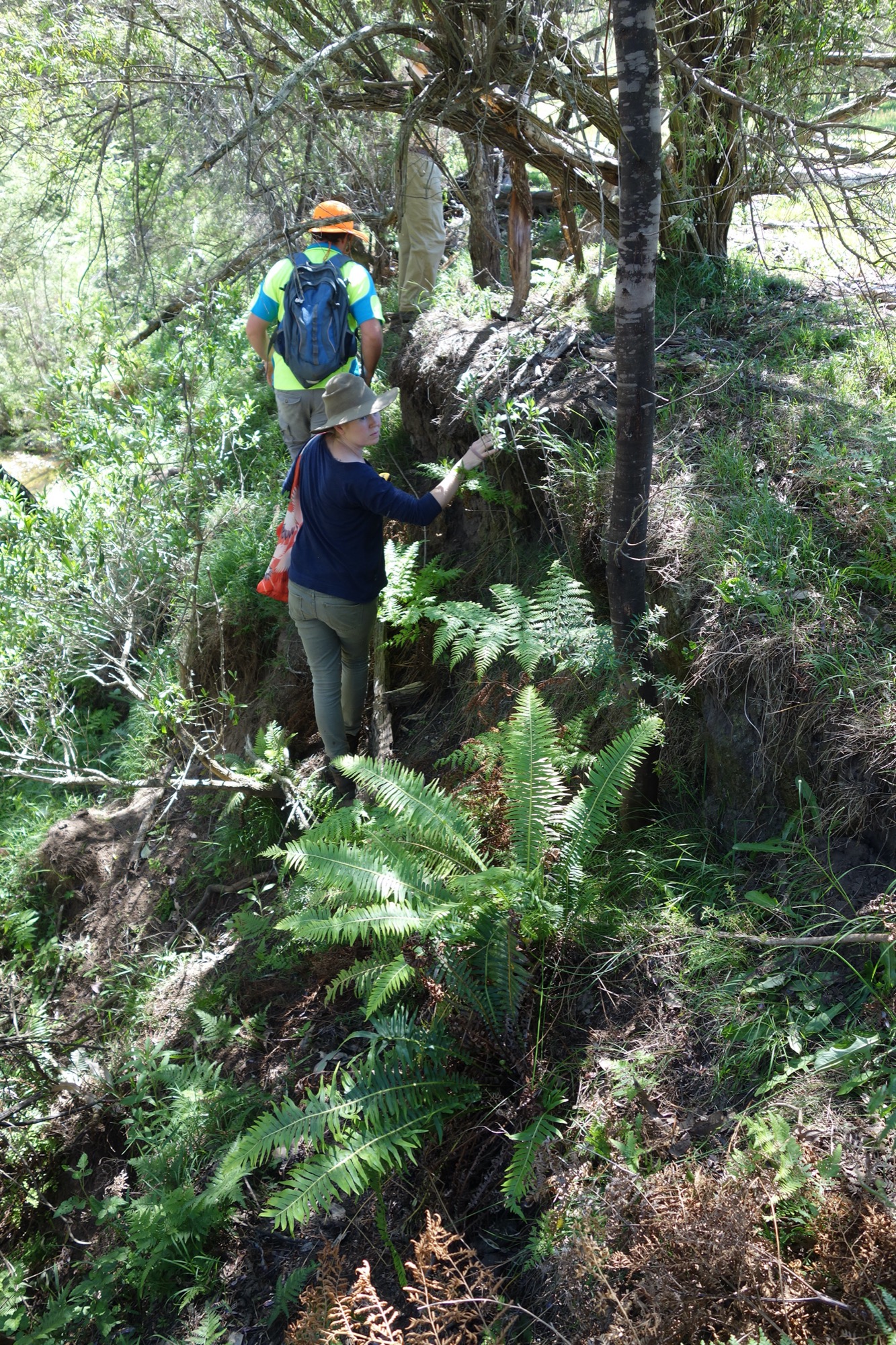