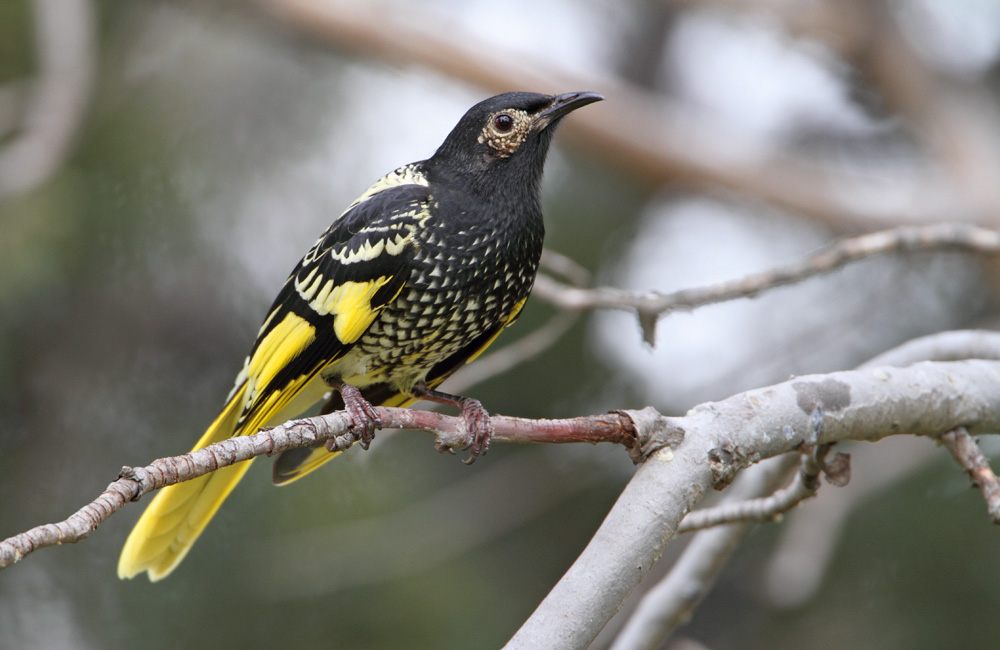 Recently, Congewai Valley Landcare Inc received a small grant of $1500 to use for establishment of further habitat for the critically endangered Regent Honey Eater.

This medium sized bird used to be prolific along the East Coast but with habitat disappearing numbers have diminished and breeding colonies reduced to only a few sites. Cessnock LGA is lucky to be one of those areas, and Congewai Valley runs south from the main colony areas. With the money received from Community Mutual Group and Hunter Region Landcare the group has planted small areas of suitable trees on four different properties, leading away from the main breeding areas.

Suitable tree species were determined and Max Elliott (Grow Local – Cessnock Region Native plants) contracted to germinate and grow out the selected species. A lead time of some 5-6 months was needed for him to complete this preparatory work.

A local Landcare meeting was held to allow members to learn of this particular bird, with the main presentation being given by Mick Roderick (Birds Australia). The history, habitats and behaviours were discussed along with some other relevant facts about the area and other local birds. At the meeting it was obvious that a number of locals are passionate about the bird populations of the valley, and regularly observe the different populations around the properties.

Volunteer sites for the Regent Honey Eater project were sought, with guidelines stating that areas needed to be able to accommodate 125 trees, of varying species, be safely fenced from stock at least until trees are of a size able to survive contact with them. The possible sites were inspected by the committee, and preparations conducted by the owners, to allow plantings in April 2015.

Planting days were relaxed and social with many hands making quick work of the task. Three days in total were needed and each day ended with some tasty morsels and friendly chatting! Luckily the weather has been kind since planting, and there has been regular small amounts of rain so landholders have not had to water the plants that much, and they seem to all be growing well.

We look forward to seeing much more of this rather pretty local bird over coming years, and thank all who supported us. The tree species ;planted in this project were

Postscript : another small grant has been received and will be used to establish several more sites further up the valley.

Many thanks again to Landcare NSW!!