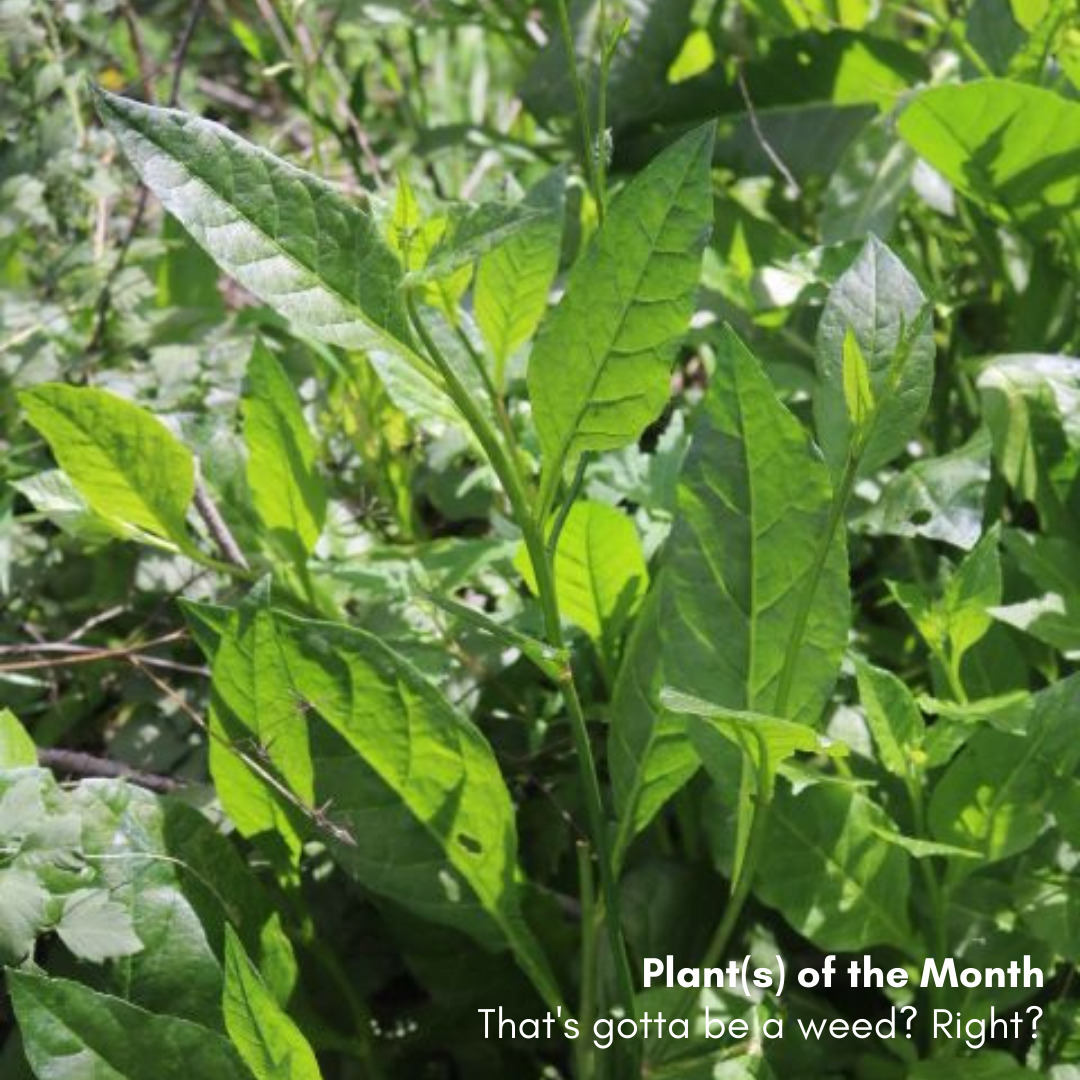 Plants of the Month: That’s gotta be a weed?

You know how it goes, you go wandering through the bush and see a plant which just doesn’t fit in, which just by the general look of it you just know it’s gotta be a weed. So you reach down and….

Despite us thinking we can tell just by the vibe whether they’re a weed or not there’s quite a lot of natives which fit the general idea of what we think a weed looks like, fast growing, large strappy leaves, intense coloured flowers, coming up after disturbance, that kind of thing.

Following the 2019/2020 fires and subsequent flooding there’s been a lot of “weed looking” native plants popping up in disturbed areas, two of the common ones popping up around the edges of the Wollemi National Park are Incense Plant and Native Tobacco.

Incense Plant (Calomeria amaranthoides) is a biennial herb (lasting 2 years) in the Asteraceae (Daisy) family,  generally getting 1-2 metres in height, with stems more or less white and woolly, leaves are around 12-25 centimetres long, 8-10 centimetres wide, underside woolly with only the lower midrib woolly on top with the base of the leaf clasping around the stem. Flower heads are 40-60 cm long with branches drooping and with numerous small (1mm diameter) brown to rose pink bracts (flowers). Crushed leaves are reported to smell like either incense or cat wee. (full description: https://plantnet.rbgsyd.nsw.gov.au/cgi-bin/NSWfl.pl?page=nswfl&lvl=sp&name=Calomeria~amaranthoides) 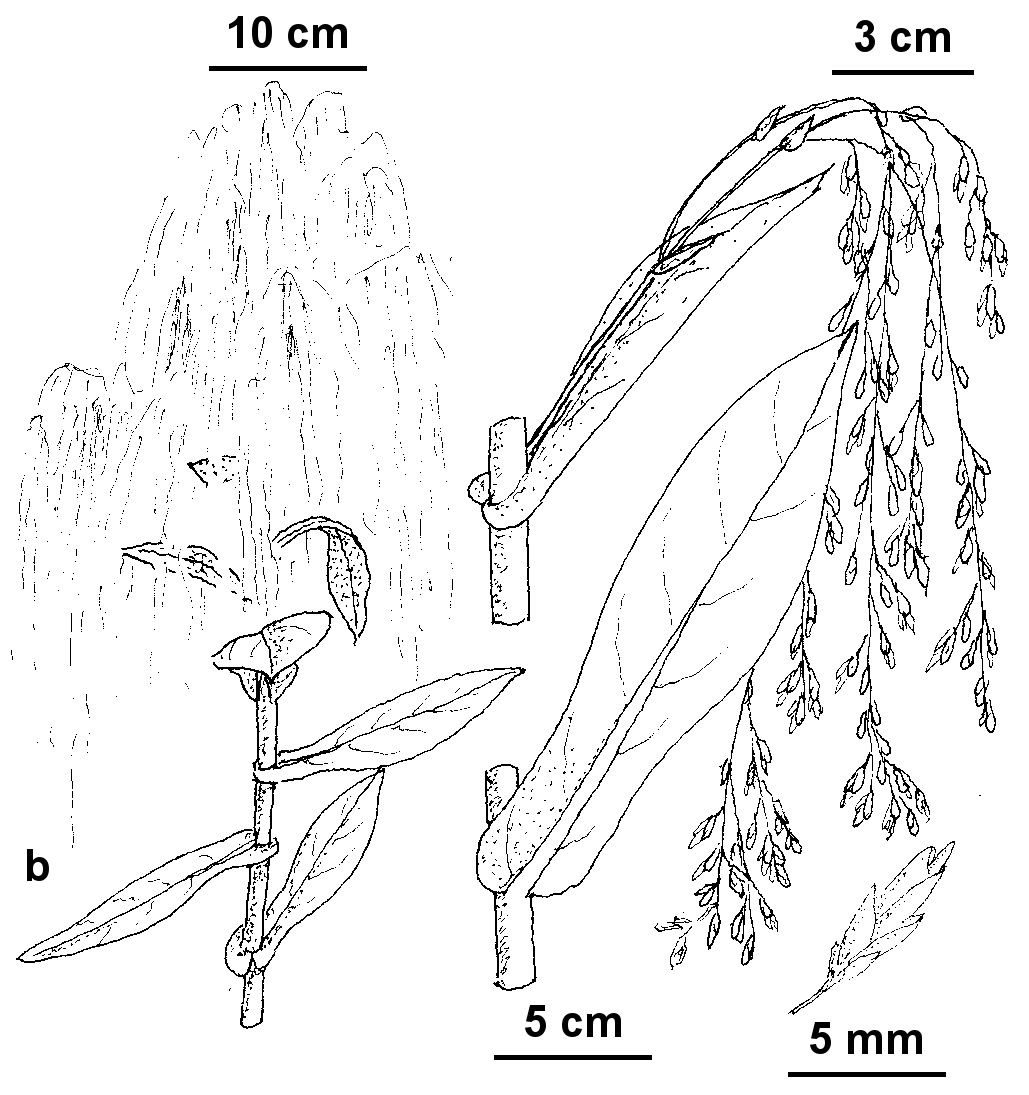 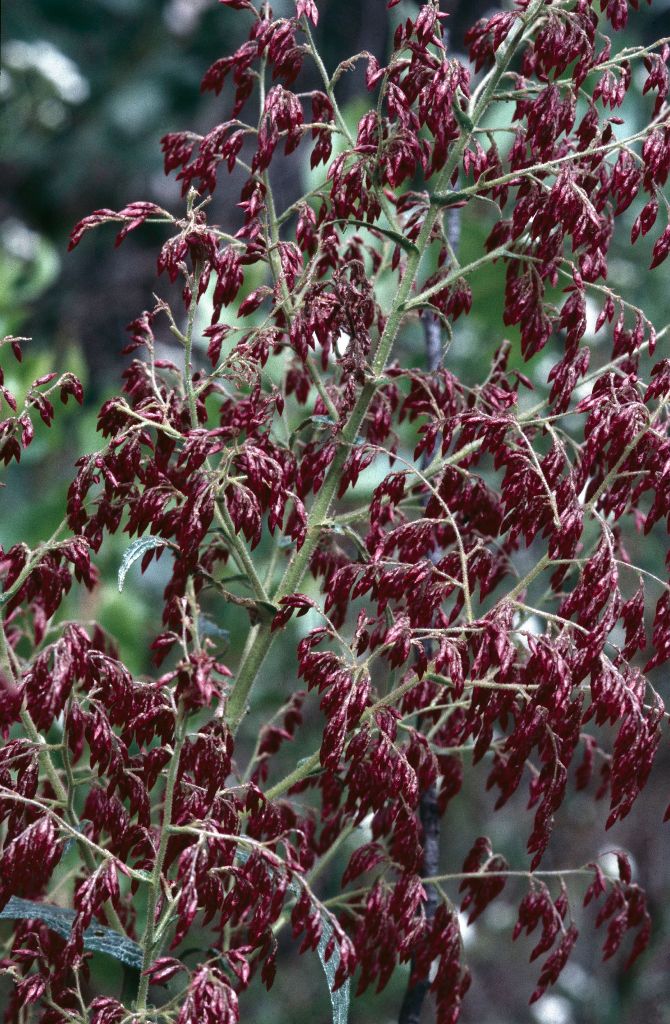 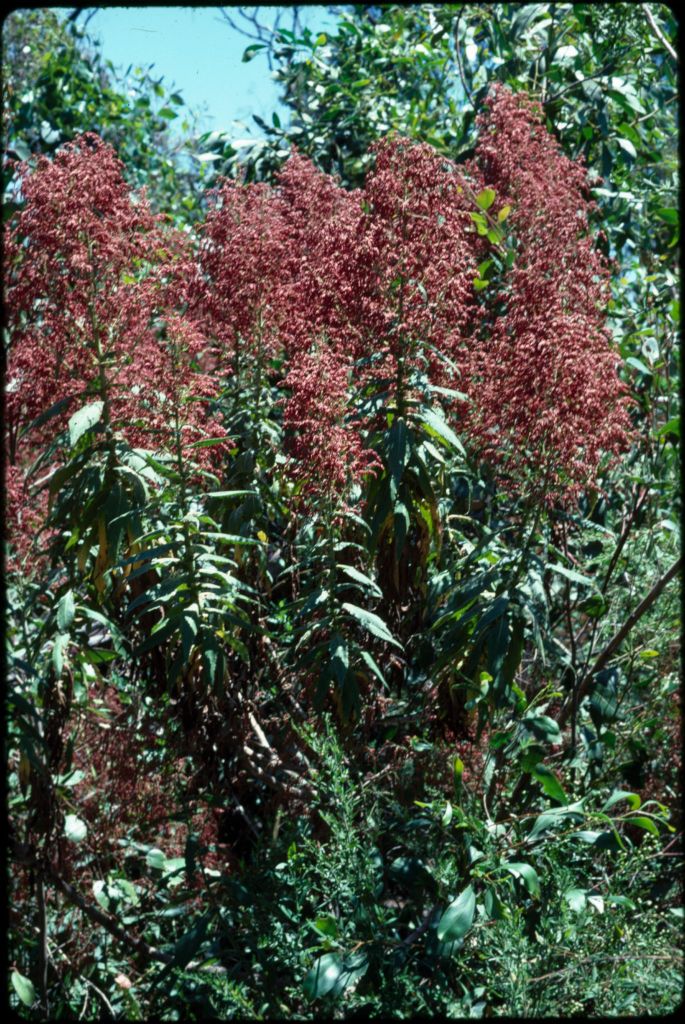 Native Tobacco (Nicotiana suaveolens*) is another common one popping up, particularly in sandy drainage lines, a member of the Solanaceae (Nightshade, Tomato) family it is a herb to about a metre and a half, leaves are generally hairless to 16 centimetres long and 7 centimetres wide, flowers are tubular, white 17 to 55 millimetres long (full description: https://plantnet.rbgsyd.nsw.gov.au/cgi-bin/NSWfl.pl?page=nswfl&lvl=sp&name=Nicotiana~suaveolens) 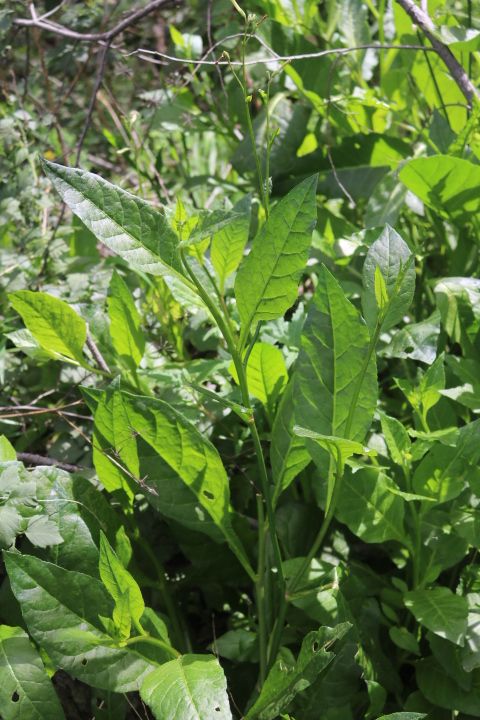 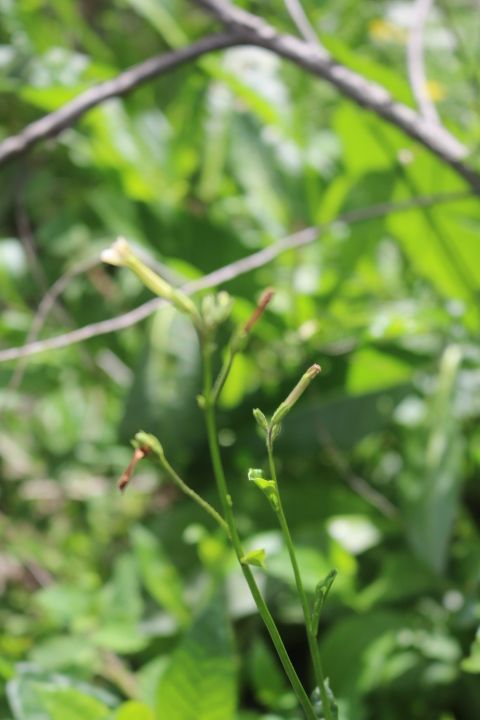 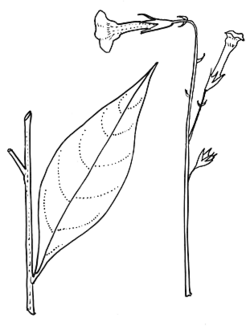 So, next time you go to pull out that weed, just stop and ask yourself “Is it really what I think it is?”

(*Nicotiana suaveolens may actually be more than one species, Pauline Sykes of Martindale Landcare has recently collected and sent off some “interesting” specimens for further analysis)