We work on Nobbys Beach Dunes on the path to the lighthouse and the area behind Horseshoe Beach; both sites are just south of the mouth of the Hunter River.

Newcastle City Council had a plan for a working group at Horseshoe Beach which was promoted on ABC TV in 1997. Interested locals met with Council staff; a grant was obtained  for a fence around the perimeter of the reserve at Horseshoe Beach and a long hose was purchased . The  site at Horseshoe had two Banksia integrifolia and a smattering of Acacia sophorea, and the rest was mature bitou.

Colin Bartley from the Counci’s  Greening Centre was coordinator for our group, followed by Rob Carrara. He prepared the site and was instrumental in removing large tracts of bitou along the walkway to the lighthouse.  Over the years various Council workers were involved supplying plants and morning tea and helping out on the Sunday working bee.  With cost cutting this service stopped but the group continued on the Sunday. Council continues to be supportive with plants, tools, materials, guidance and advertising the group on the Council website.

Propagating and planting approximately 50 native species. Return of over 40 species of birds to the area.

It is challenging to facilitate new planting without rain or an easily accessible fresh water system.

Over the years  many  people  have donated time and energy  as members of our Landcare group. We have also had help from Gavin Farley and Local Land Services, Conservation Volunteers Australia,  CityServe and school groups, often coordinated by Council officers.

We have created native habitat and removed monoculture, reduced erosion and sand movement onto paths and into the harbour, stabilised sand dunes,  removed litter, especially plastic, which we then take off site. (Vegetation is very good at capturing the litter and preventing it entering the ocean.)

We have achieved  a lot in our time including propagating and planting approximately 50 native species, planting around 2000 plants a year. Over  40 species of birds come to the site. Highlights include a resident breeding pair of whipbirds, nankeen falcons, yellow-rumped thornbills, black-faced cuckoo shrikes, Lewin’s honeyeaters and a family of yellow-tailed black-cockatoos feeding on Banksia integrifolia we planted a few years before.  Other species such as tuckeroos and eucalypts have been brought to the site by the birds and are establishing themselves.We have good companionship  and great morning teas. Plus often positive comments from the general public.

Our achievements have not been without difficulties.  Heat and lack of rain are not kind on new plantings, the narrow nature of the site presents problems, campers are not considerate of regenerated areas, getting water to the site especially when working on the dunes is challenging, and weeds such as Galenia pubescens  and a host of other introduced species have to be dealt with.

We benefit from physical activity and working with like-minded people from many different walks of life and getting to know and work with people employed by Council. 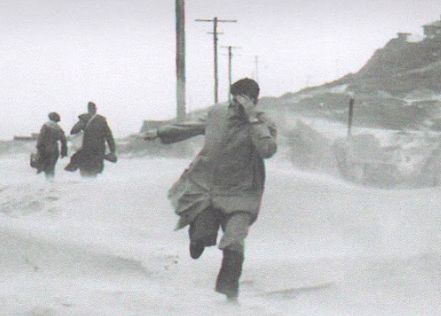 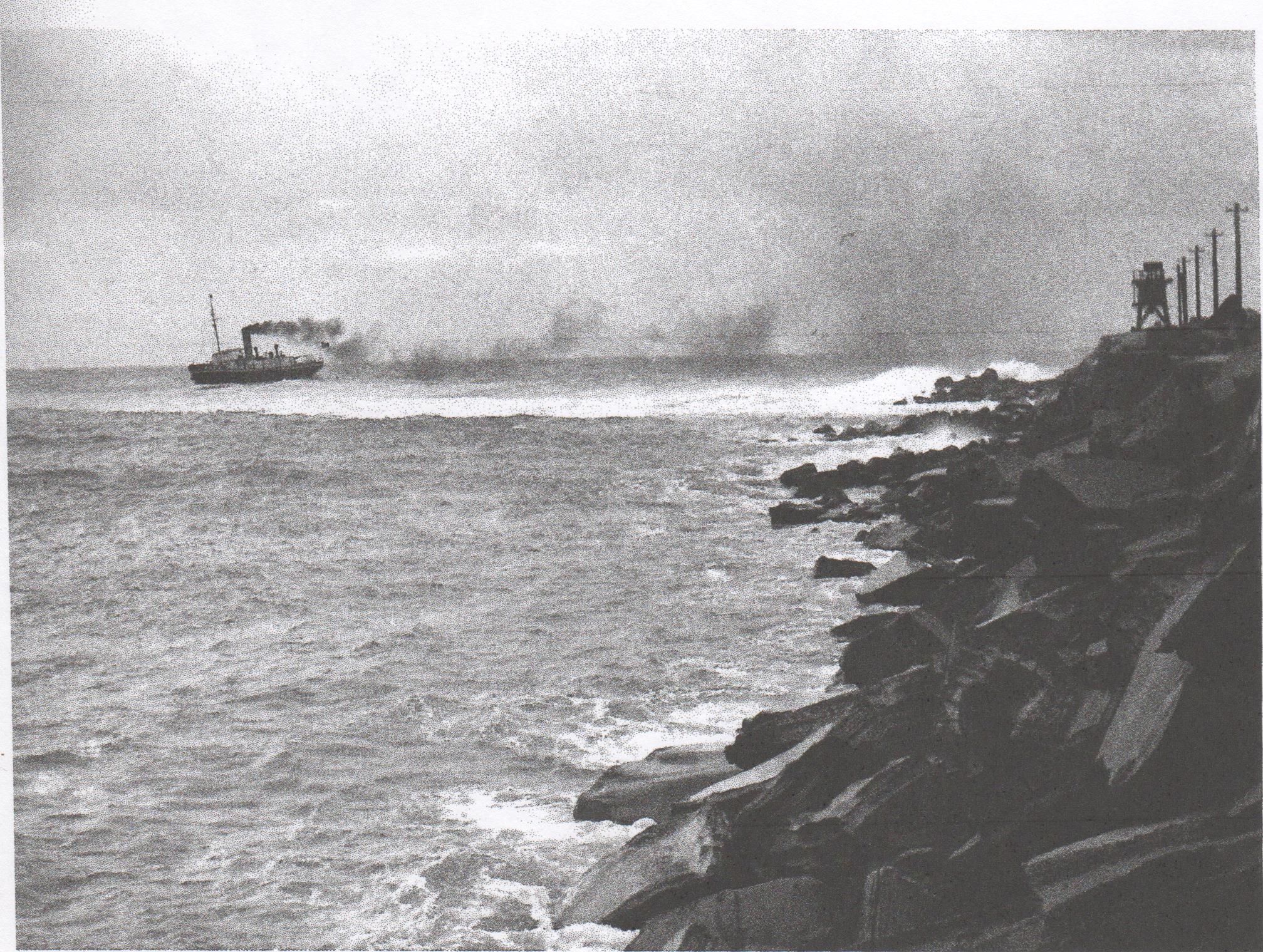 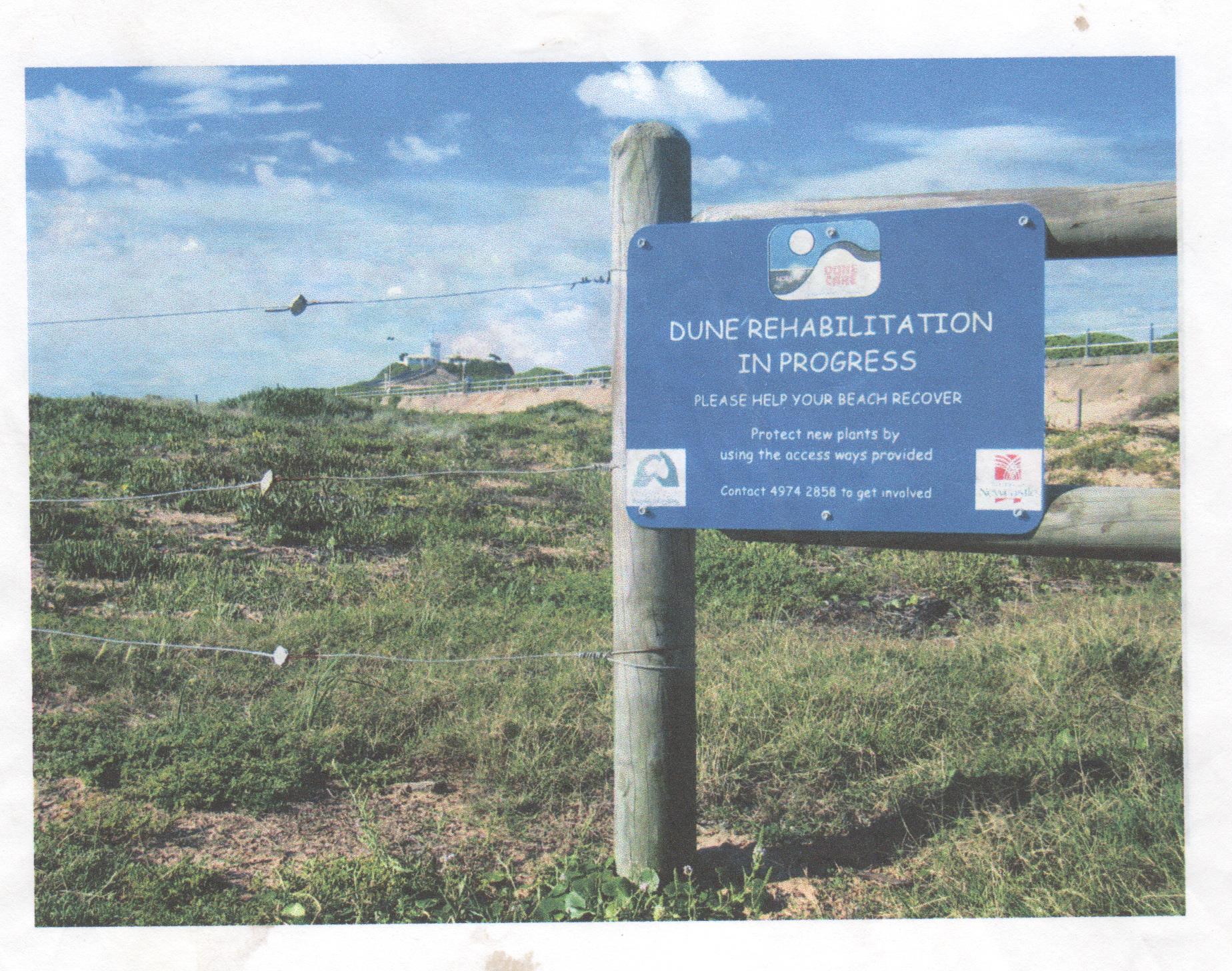 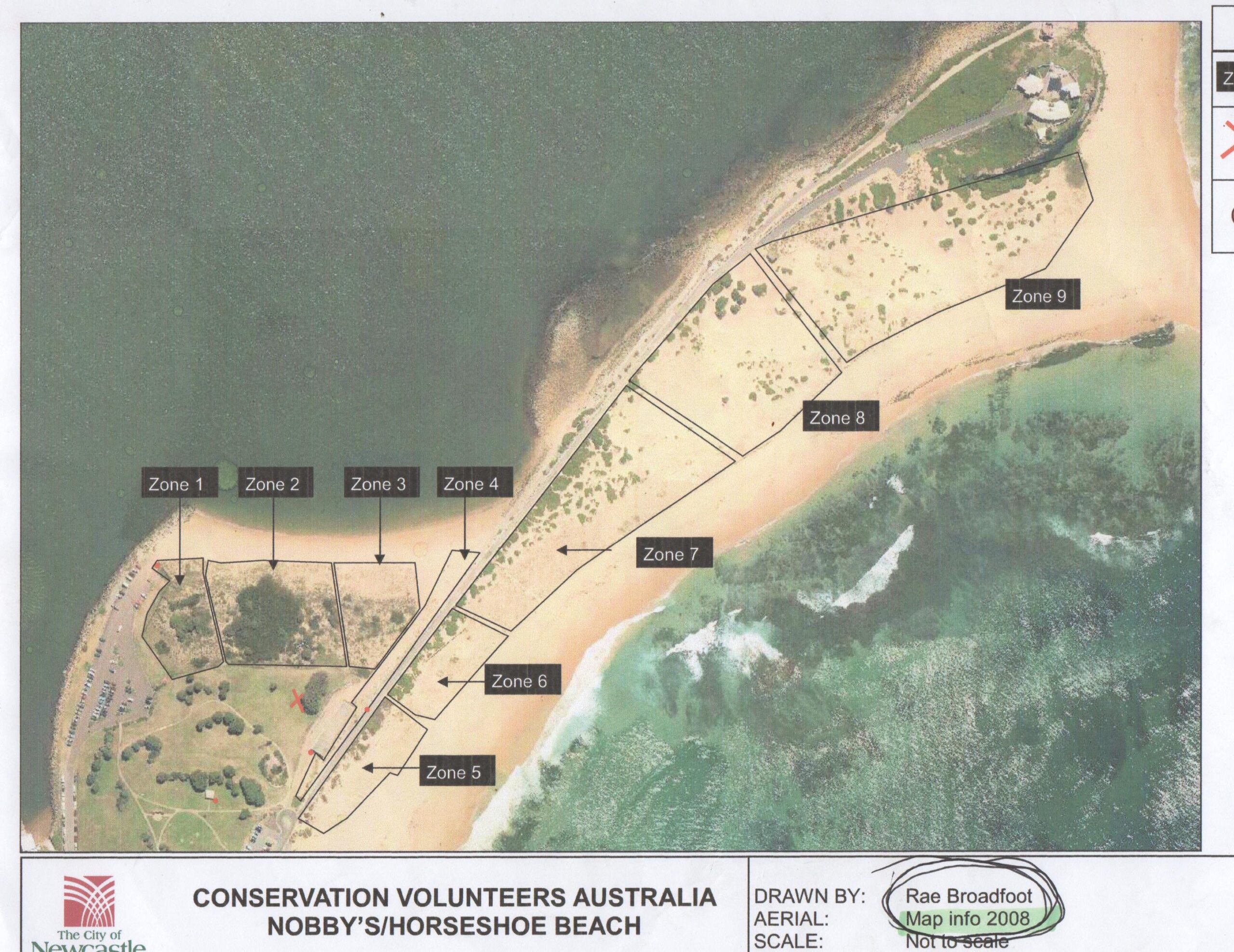 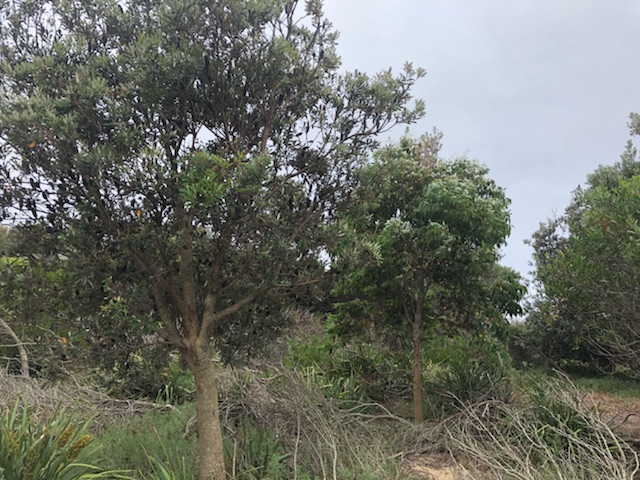 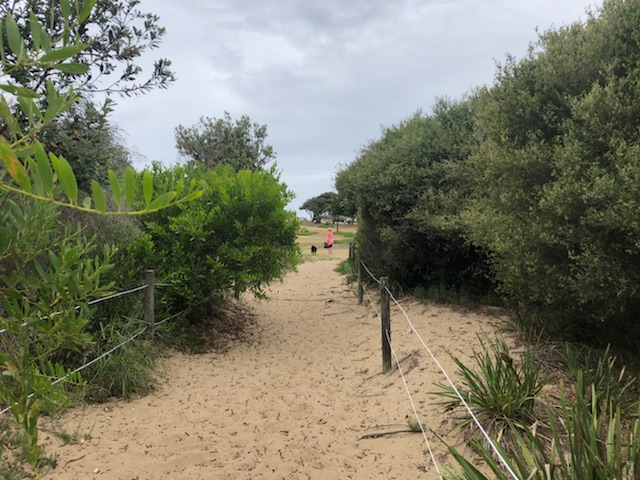 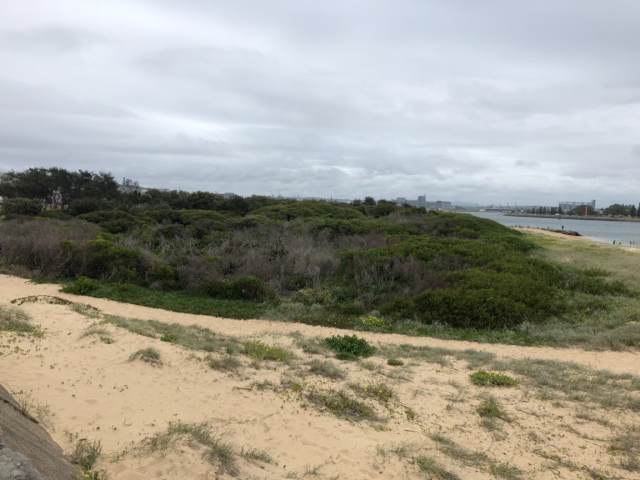 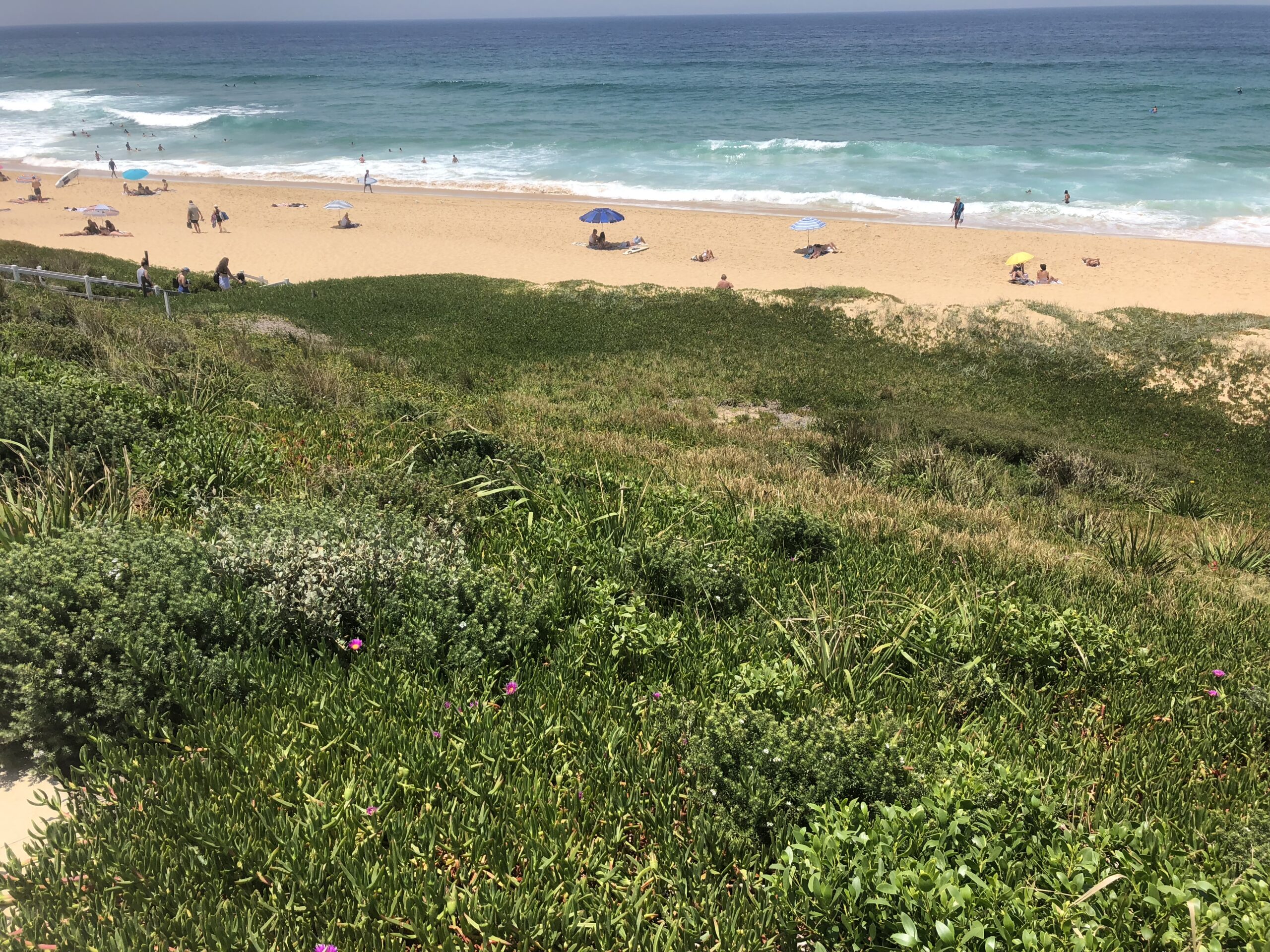 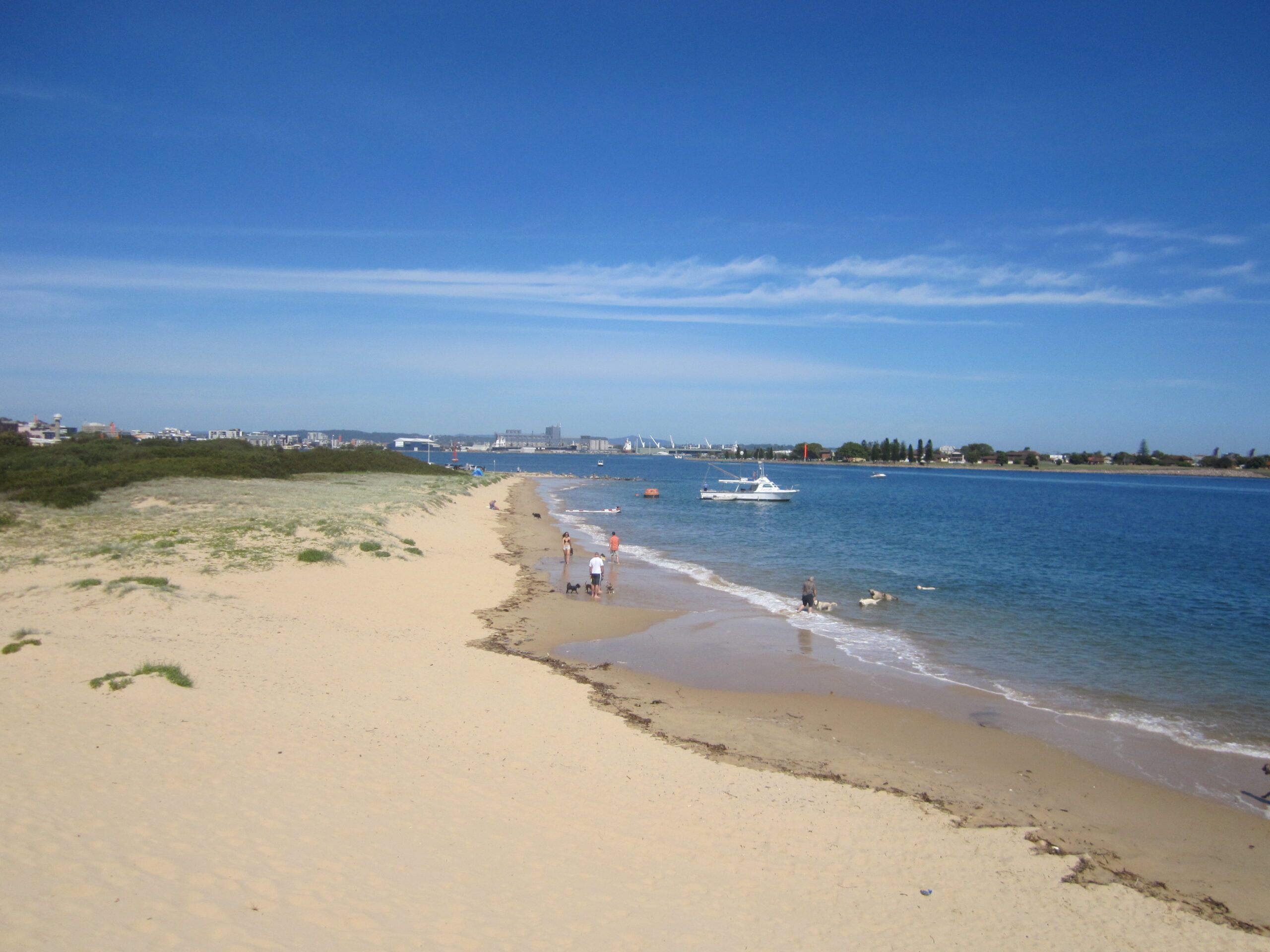 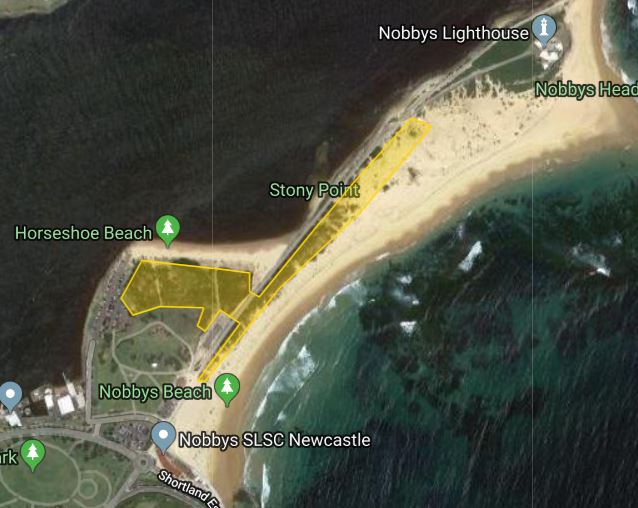