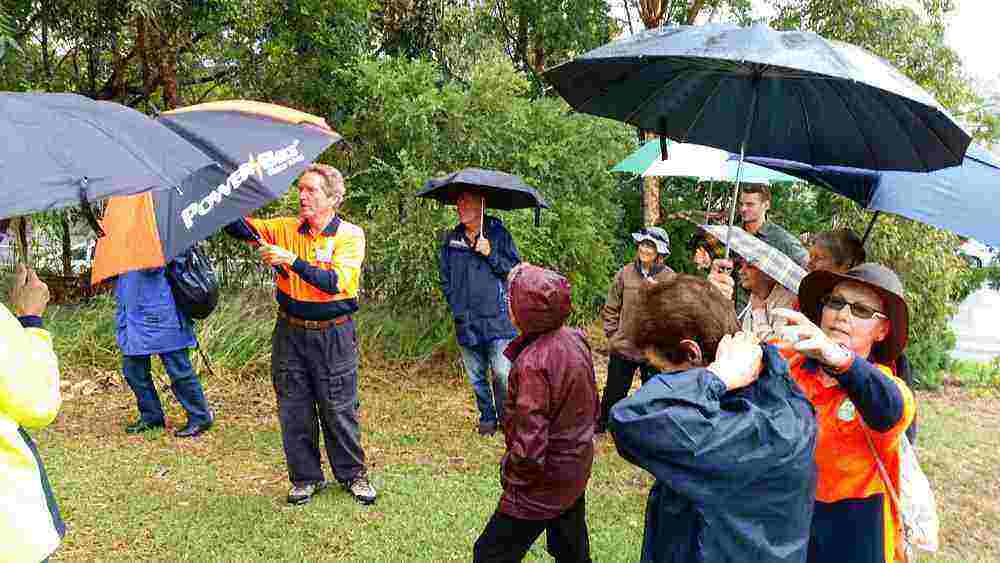 On Wednesday 13 April a dedicated group of Newcastle&#39;s most experienced Landcarers came together at Blackbutt Reserve to tell their stories, share experience and learn about Newcastle Council’s plans to actively increase the wildlife habitat in Council’s bushland.

Over coffee, cake and a sausage sandwich stories of many successful bush regeneration projects were told, a community- based vision for urban parkland exemplified by Morgan street Reserve Landcare was presented, and the personal and practical challenges of being a Landcarer were shared.

About 20 people, including members of Newcastle based Landcare groups, attended the Muster (get together) along with Council staff, Local Land Services staff and the new Local Landcare Coordinator for the Lower Hunter region, Anna Glasby.

The Landcare Muster, which included a tour around the Blackbutt Reserve facilities to look at wildlife habitat, was organised by Newcastle Council which supports many volunteer Landcare groups.

Following lunch the group visited Morgan Street Reserve at Merewether. When local residents realised that the Reserve was identified by Newcastle Council for possible rezoning they made representation to Council and from those meetings Morgan Street Reserve Landcare group was born in February 2015.The 0.6 hectare reserve is a sloping site featuring mown open parkland with mature shade trees, a bushland belt along one border providing the main habitat area and a meadow area of domestic grasses, Themeda and Coolatai which will be developed as a Themeda EEC.

In its short existence the group has controlled erosion, tackled Coolatai grass, cleaned up the site after storm damage and conducted planting days with school groups.