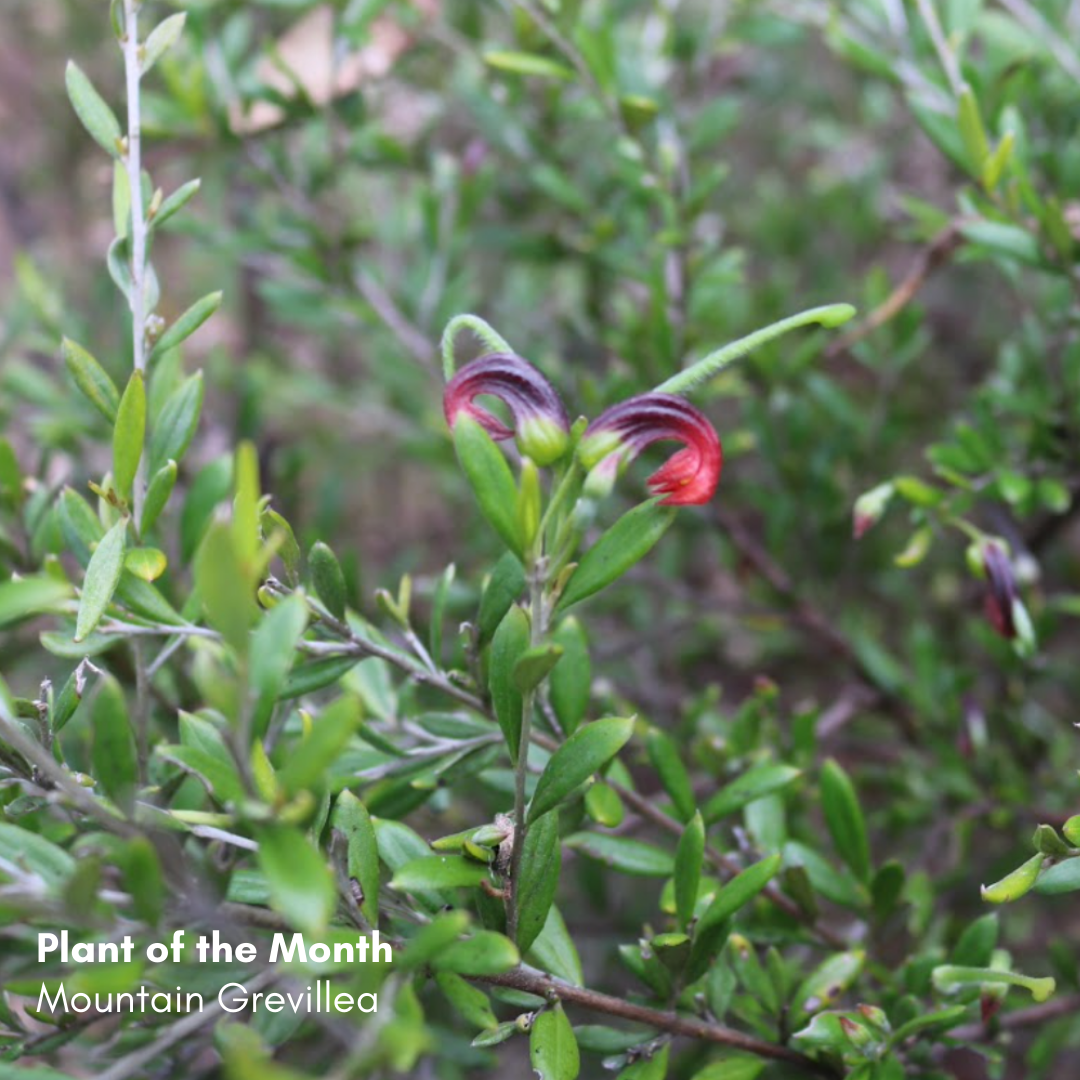 Following on from last month’s Grevillea johnsonii is another Hunter endemic Grevillea species, despite it’s common and botanical name I have generally found them on the footslopes rather than in the mountains. While not quite as spectacular as the Grevillea johnsonii it is a lot less effort to find occurring between Kurri Kurri and Denman in the Upper Hunter with a number growing along roadsides near Denman.

A medium size shrub to about a metre and a half the Grevillea montana is characterised by narrow elliptic leaves 1.5 to 3 cm long and 1.5 to 6.5mm wide with distinct red and green flowers occurring either singularly or in clusters of up to four, though there are some colour variants in the Denman area. 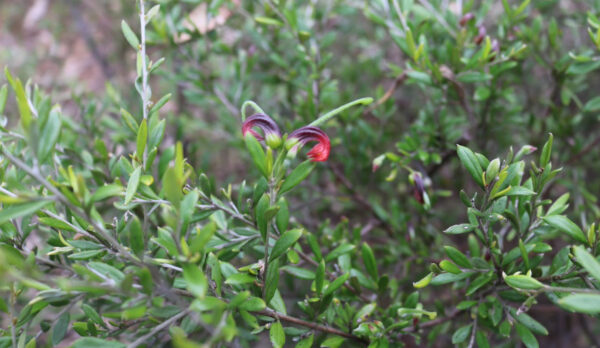 Flowering mainly in Winter and Spring it is quite hardy though preferring dappled shade. The Mountain Grevillea is grown commercially and is available at a number of native plant nurseries.

Find out more at PlantNet