This Landcare group was started by Lori Hungerford and Griff Foley in January 2004. An enthusiastic group began removing bitou bush, initially on the dunes at Merewether Beach and subsequently behind Merewether baths in a steep area nick-named the ‘amphitheatre’. In this area, as the bitou was removed and some sleeper terracing put in place, native plants indigenous to the area were re-introduced. These included banksia, acacia, leptospermum and  westringia as well as native grasses – lomandra, dianella and ficinea. Other weeds that were removed included turkey rhubarb, Madeira vine, morning glory, gazania and sea rocket. On the dunes, the bitou was replaced with pig face and spinifex. Other native plants that thrived included kangaroo grass, scaevola, beach bean, kennedia, and boobiala. This latter plant has done extremely well, bushing out and producing small white flowers and berries that change colour from green to purple. Hardenbergia and flannel flower have also been planted with some success.

There has always been a core group of around 15 and currently there are around 25 volunteers on the books.

Safety is important when working on steep, unstable terrain.

Challenges for the group included working on steep slopes, and at one stage we received ropes training to allow a safer situation. The group has always enjoyed the support of Newcastle City Council who have been very happy to provide inductions, equipment, clothing, weed spraying, plants and mulch to ensure a safe and productive session.

At one stage money was raised from grants to provide for a viewing platform overlooking the baths. This has been a popular addition to the area, the only minor problem being that some of the plants have grown so well they are partly obstructing the view!

Over the years the group has changed as some volunteers left and new recruits joined. After Lori and Griff  ‘retired’ in 2013, John Stuart took over as Team Leader with the help of Marion Baker initially and Mark Bailey currently. A spin off group began working one day a month at Dixon Park from 2015 led by Barbel Stuhr and Chris Bailey (who also manage Nobbys Landcare).

The Group meets on Tuesday mornings starting at 8.30am from March through to December stopping for the all important ‘cuppa’ at around 10.30. In the summer months a smaller group of stalwarts work from 7.30 weeding and watering for an hour or so. There is no doubt that the area of around 1Km of cliffs and dunes between Merewether Baths and Dixon Park presents as a much more natural environment than existed before the group began. 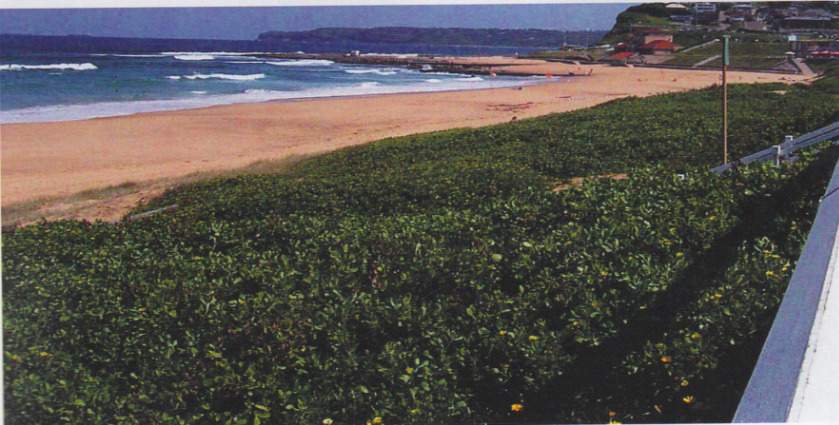 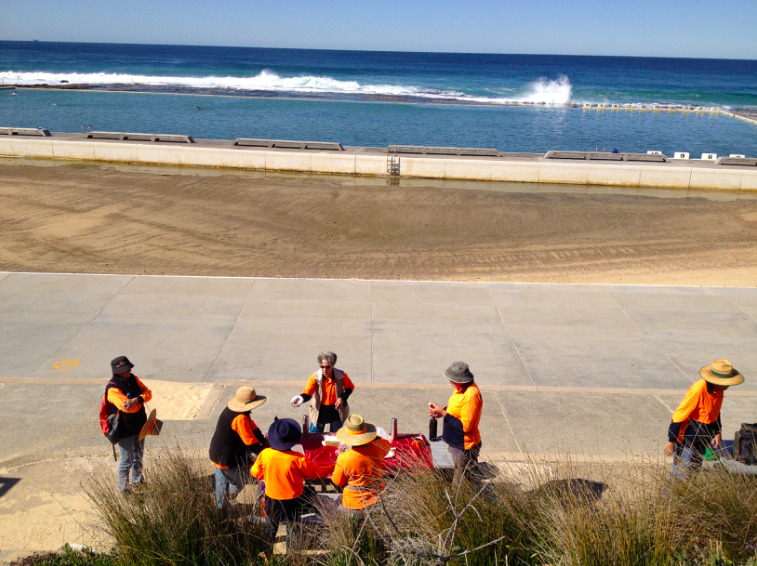 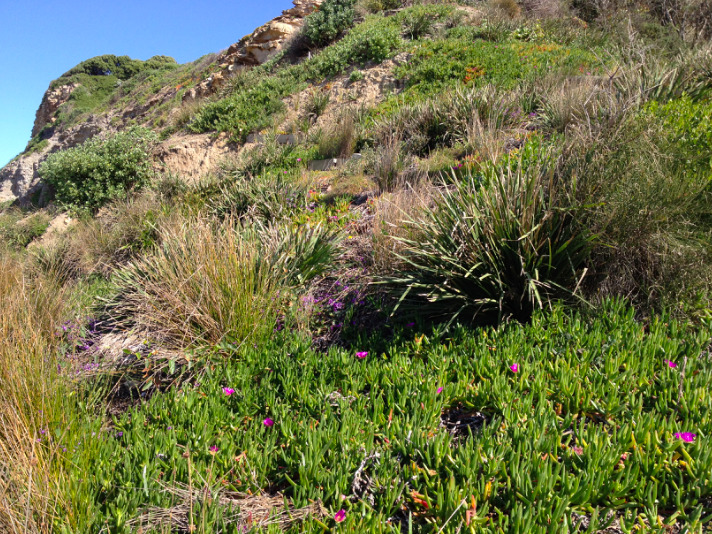 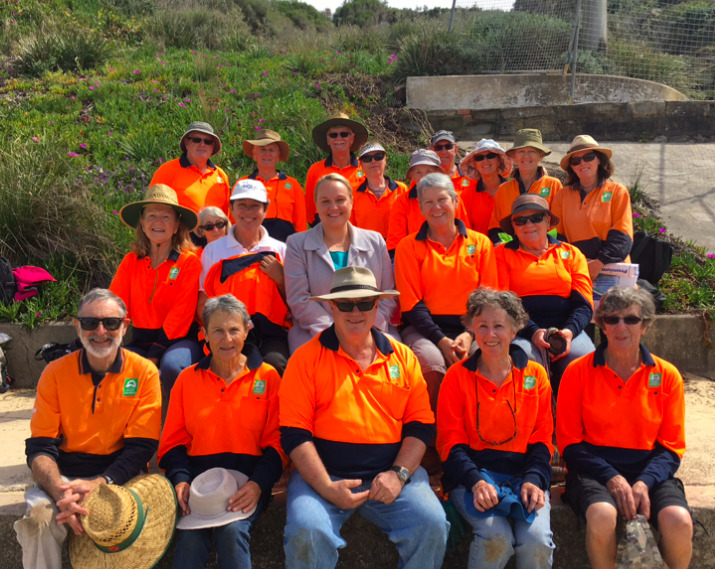 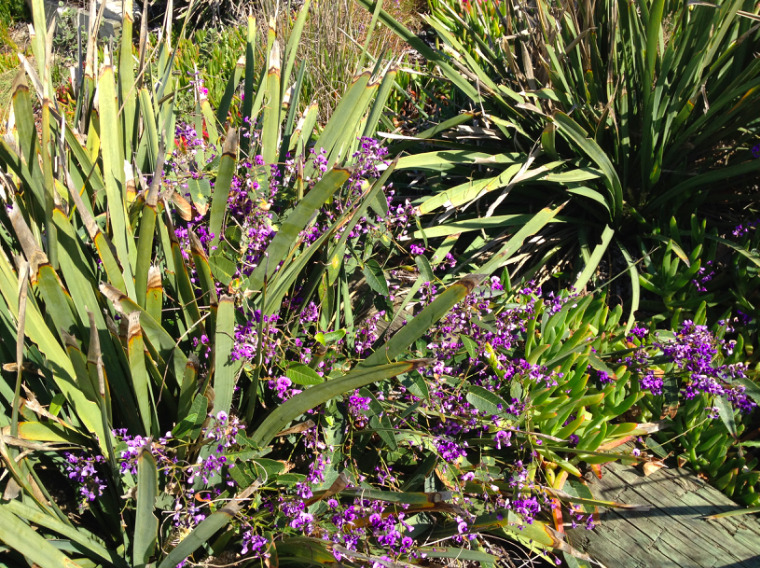 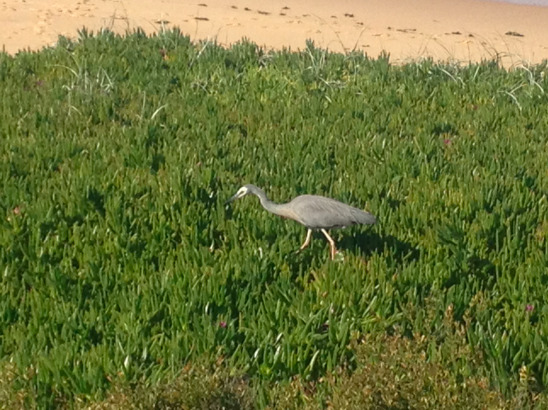 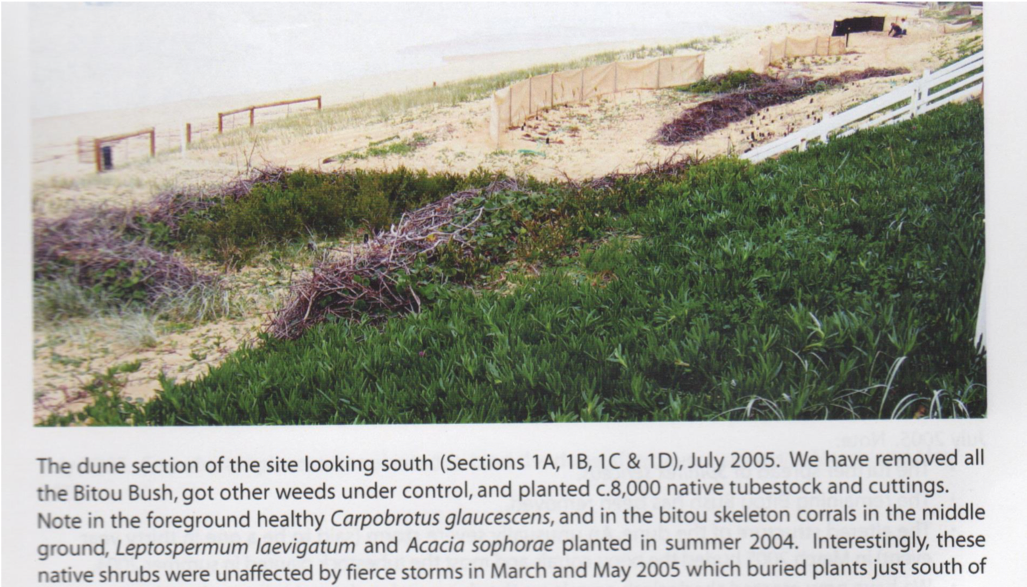