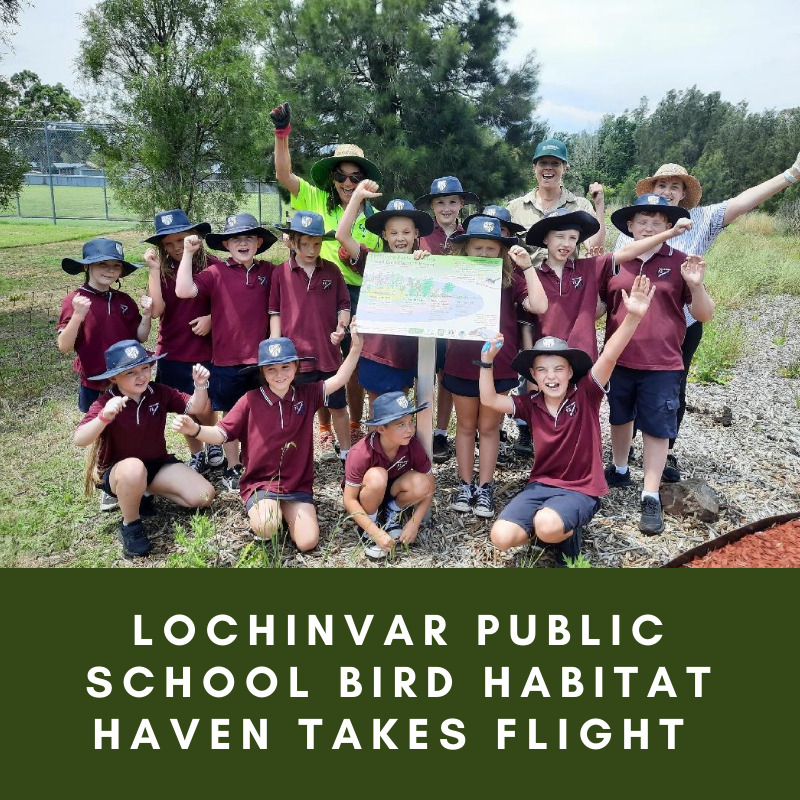 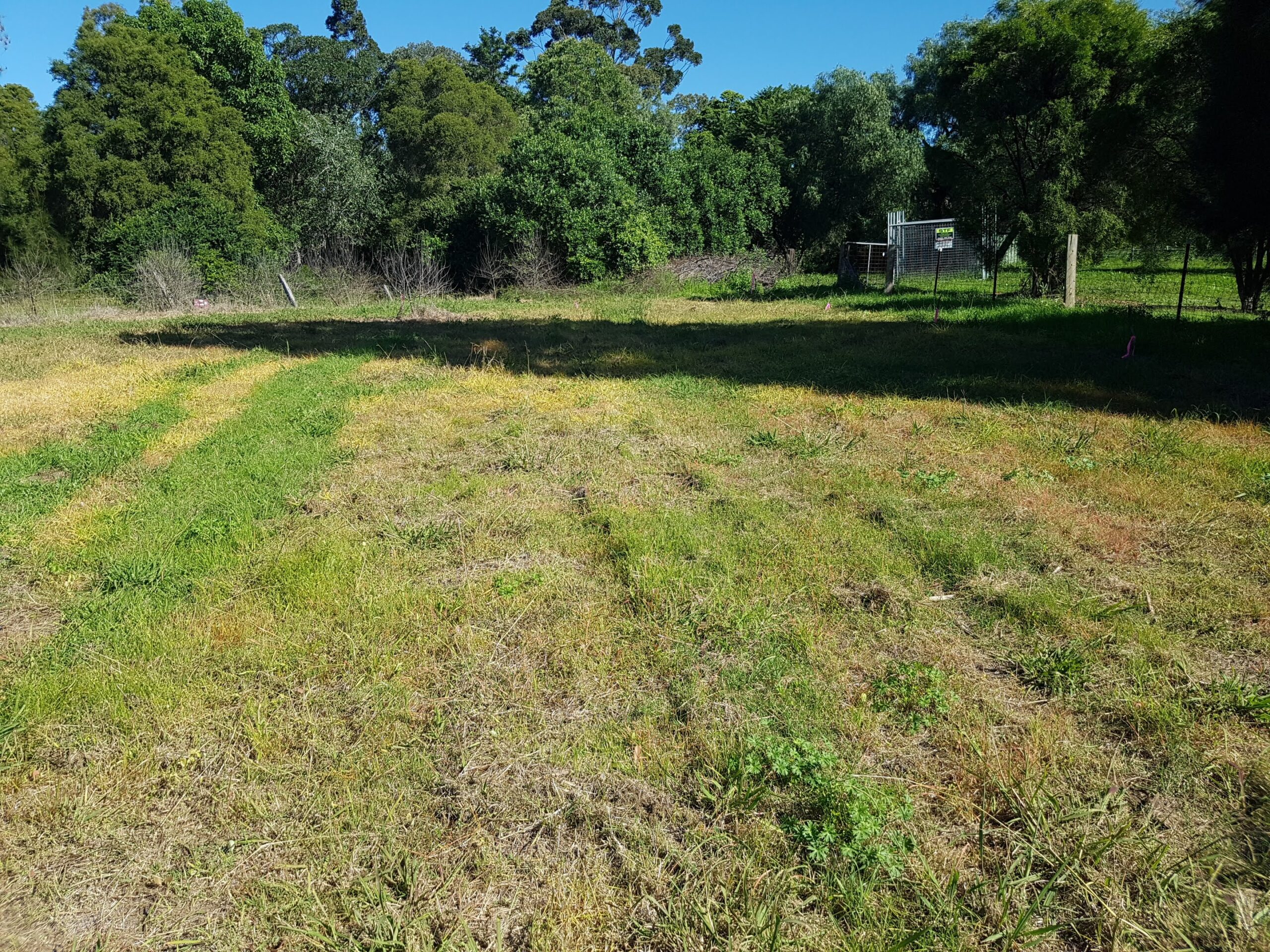 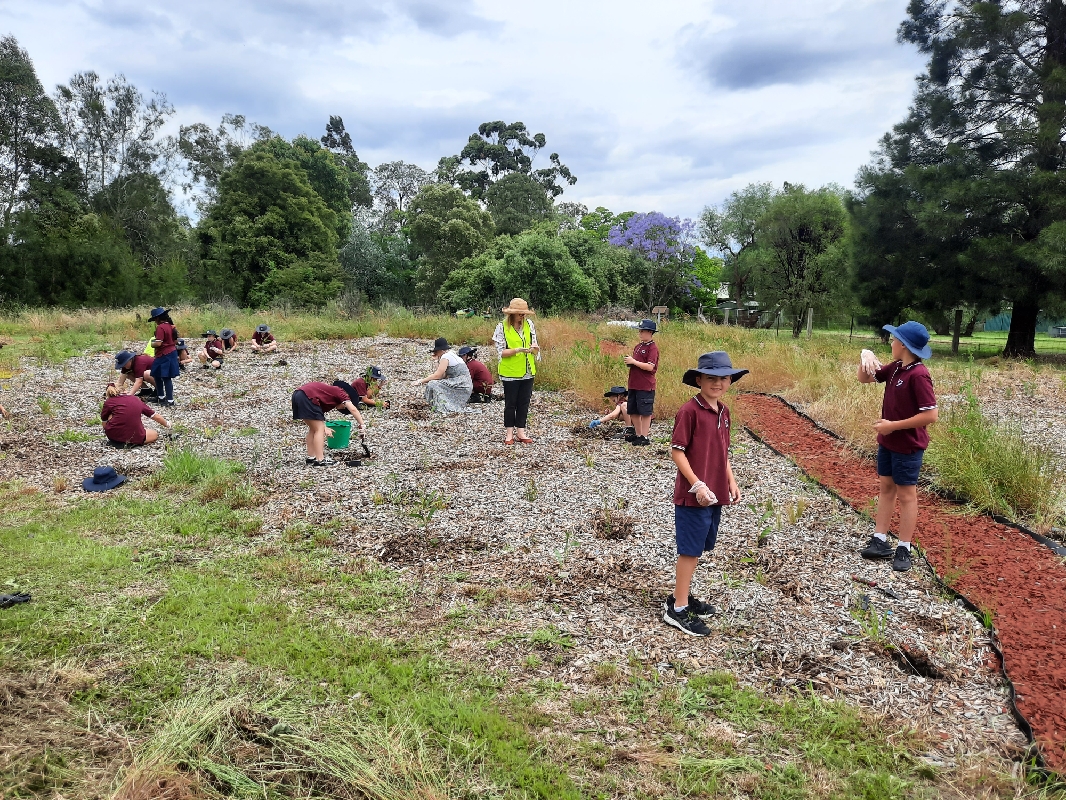 Thanks to HRLN, Solo Garden Organics, Maitland City Council, and the Community Environment Program through MP Joel Fitzgibbon, Lochinvar Public School students and their families now have a beautiful example of a bird habitat haven which demonstrates native biodiversity values and what can be achieved in their own backyards.  This native planting contains a mix of flora species endemic to the local area which will be of great benefit to the ecosystem by attracting small birds such as wrens, finches, pardalotes, spinebills, silvereyes and other fauna such as skinks, lizards and more.

Over 1500 native plants were planted over 800m2 including soft shrubs such as Pultenaea villosa, spiky protective shrubs such as Bursaria spinosa, grasses such as Themeda triandra, groundcovers such as Dianella caerulea.  A bird bath was constructed using bush rock and repurposed light fitting; large logs placed for shelter for small animals and reptiles.  An interpretive signboard was erected for ongoing education and learning.

Each student (160 pupils) at the school took part in the final planting day in November 2020 to complete the bird habitat haven.  They learned valuable skills in taking care of our natural environment and showed plenty of enthusiasm.  They learned about habitat requirements, biodiversity and the difference between weeds and native species.  They are looking forward to taking part in citizen science annual bird counts for Birdlife Australia.

From teacher Alison “Thanks sooooooo much for your tremendous effort. Sorry it’s been so hard to coordinate due to corona. We are truly blessed to have such a beautiful addition to our school. After reports I plan to take kids down to weed. I can’t wait to hang out down there.” 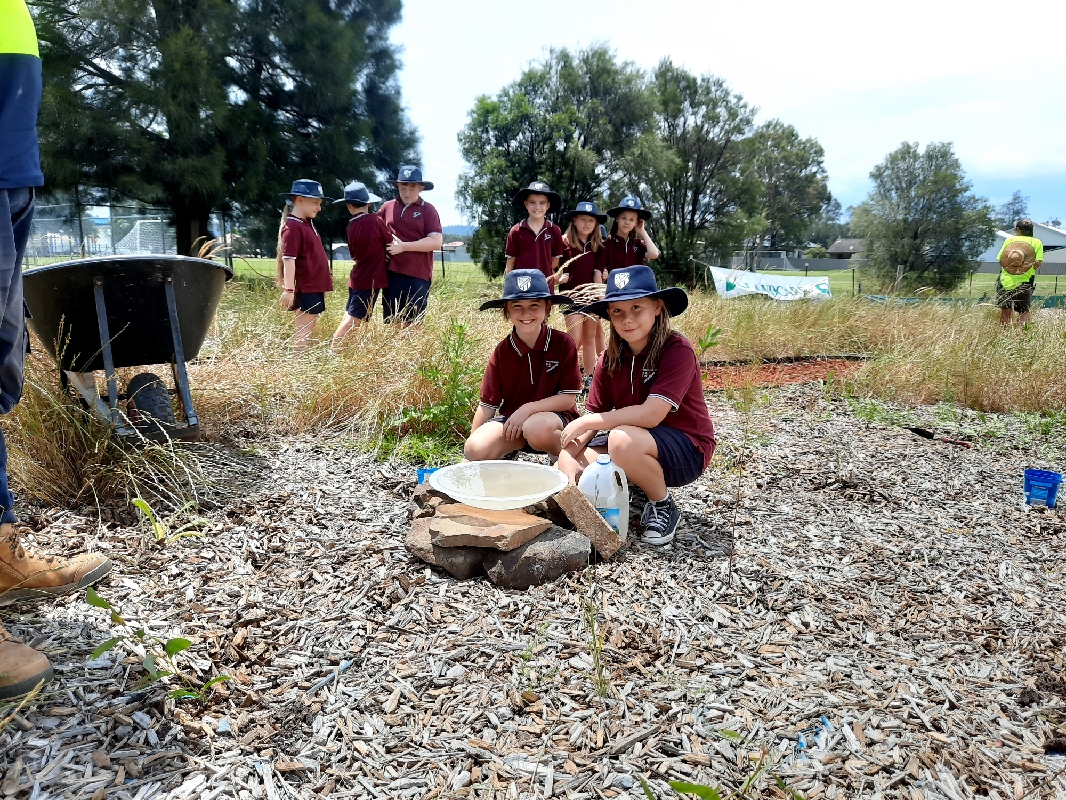