The group was formed in the 1980s and is made up of local volunteers who work in conjunction with Port Stephens Council in Lemon Tree Passage parks. In the early days, as well as bush regeneration activities, the group built a significant amount of boardwalk, pathways and rock basket walls. Currently, projects are planned around monthly working bees.

We operate over thirteen separate sites in Lemon Tree Passage with most sites on the foreshore of Tilligerry Creek. We focus on the problems caused by foreshore erosion, controlling weed infestations to allow natural regrowth and increase biodiversity by planting to strengthen wildlife corridors and increase the number of koala feed trees, maintaining pathways and monitoring wildlife including koalas.

The group organises and conducts volunteer working bees once a month. Tasks focus on improving local parks. Though difficult to measure, both volunteers and residents have expressed an increasing sense of pride and connection to bushland and parks. The largest project was the group’s involvement in monitoring sites that were part of a six year bush regeneration project funded by an Environmental Trust grant. Small projects such as maintaining park furniture or weeding small areas, have provided a similar sense of achievement. The group provides an avenue for the transfer of information and consultation between residents and Port Stephens Council

A six year bush regeneration project funded by an

Natural disasters take a large toll on the environment.

The super storms in 2007 and 2015 caused significant tree loss. Increased high tide levels and foreshore erosion resulted in inundation of parks. Lengthening dry periods reduced the opportunity to undertake replacement tree planting. Heat waves and bush fires meant that working bees were cancelled. Lessons learnt – keep going and do what you can.

While there have been challenges, there are benefits from being part of a Landcare group including forming comfortable, long lasting friendships between volunteers with a shared purpose. There’s nothing like the feeling of satisfaction you get in working together to get a job done! 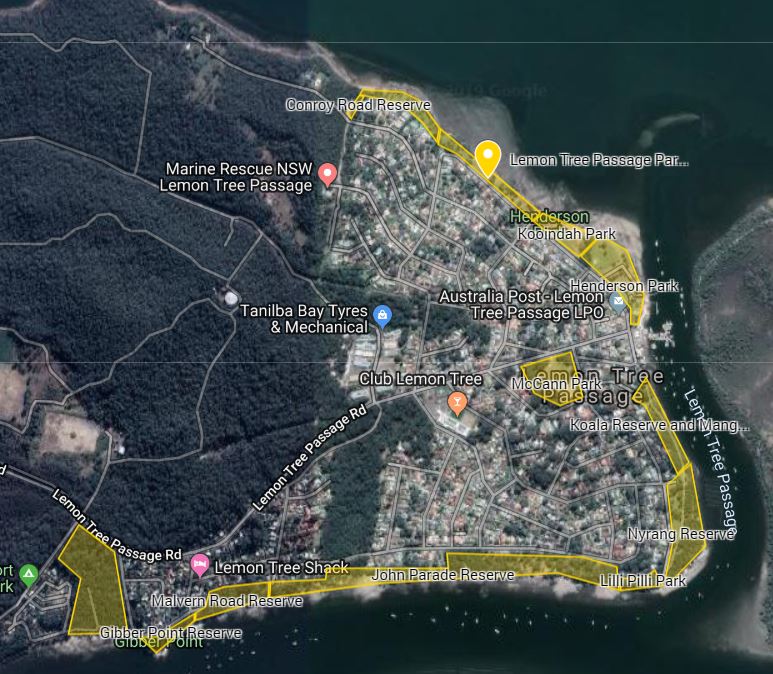 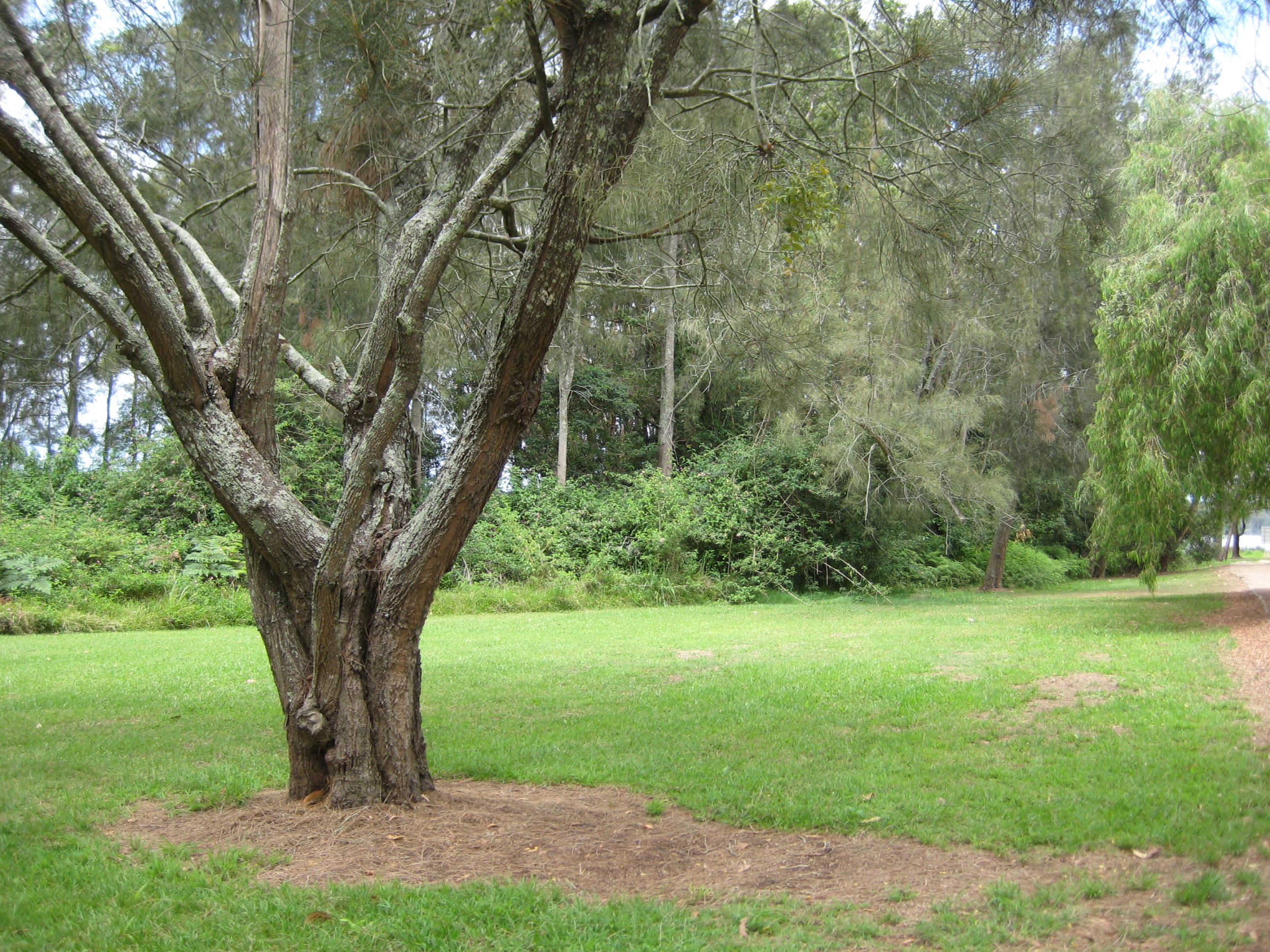 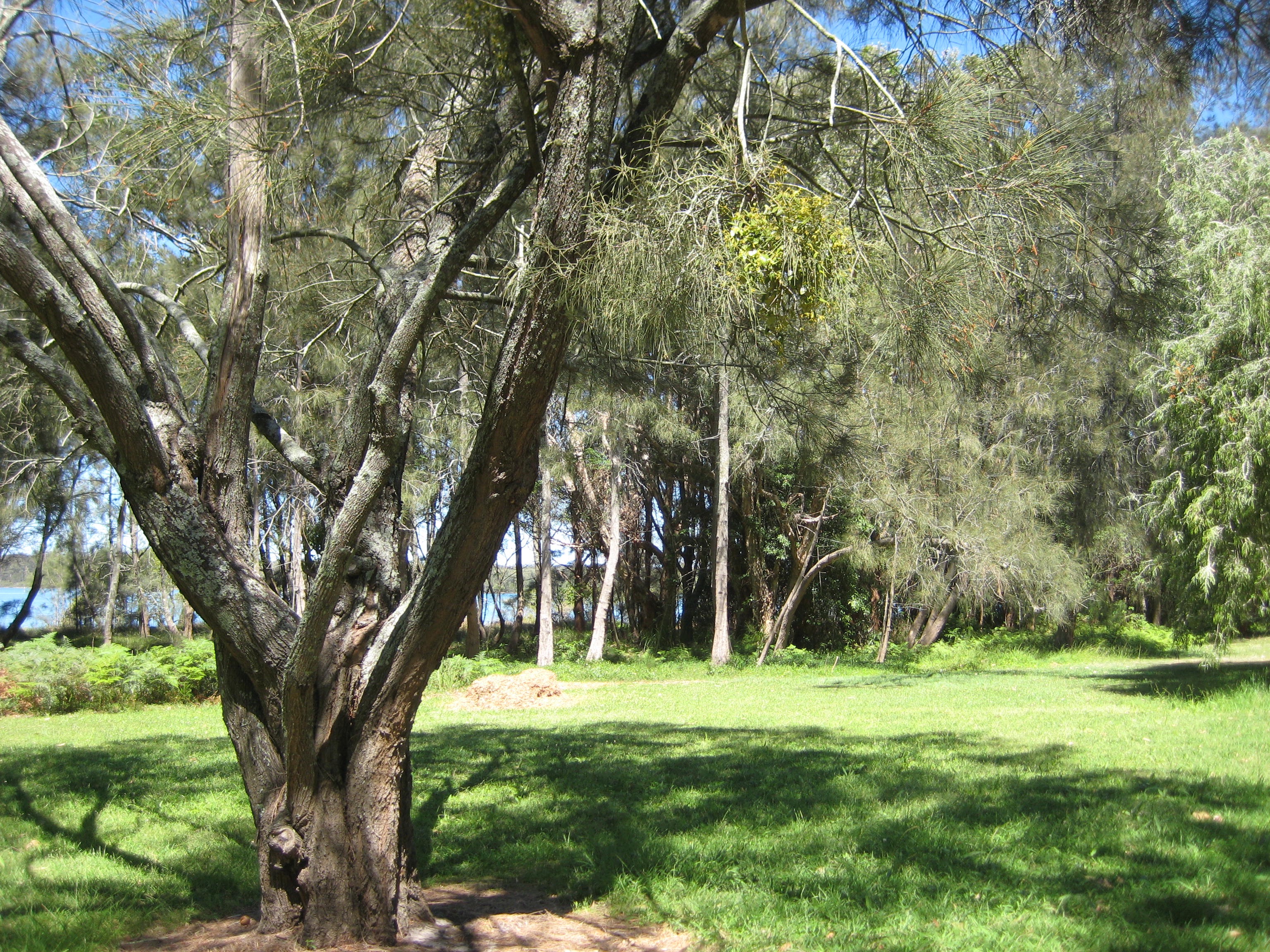