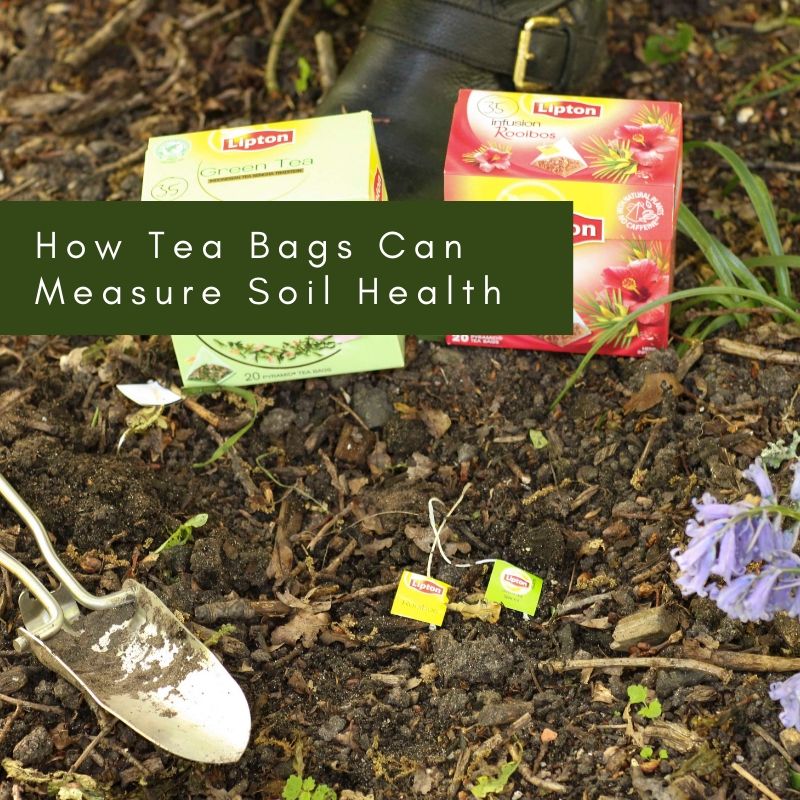 NATIONAL Tree Day is on us once again (July 28), focusing our attention on these photosynthetic wonders that are pulling carbon dioxide out of the atmosphere in a natural way. The more trees we can plant the more we can ameliorate our weather and climate. Forests make rain. However, there is more to planting a tree than just digging a hole and plonking it in. At a microscopic level the fungi and bacteria in the soil, and associated with the roots, mine vital minerals and other nutrients and deliver them to the roots in exchange for the energy sugars the plant makes through photosynthesis. Other bacteria, insects and fungi also provide plant nutrients through breaking down dead plant and animal matter in the soil and creating the humic and fulvic acids of humus.

Which brings me to the Tea Bag Index (TBI), first published in 2013, as a method of comparing the rates of decomposition of organic matter in soil.

How can putting a tea bag in the ground and then digging it up months later measure the ability of a soil to deliver plant nutrients leached from decomposed plant matter? The TBI uses two types of Lipton tea bags: rooibos tea, which is recalcitrant and decomposes slowly, is used to estimate the rate at which the recalcitrant organic material in the soil breaks down; and green tea, which soil microbes can decompose quickly.

At our recent ninth Annual Mined Land Rehabilitation Conference, UoN PhD student Rob Scanlon presented his fascinating tea bag study where the method was used on rehabilitated mined land to determine the soil microbial activity in reconstituted topsoil compared with spoil as a control. Pure spoil showed very slow decomposition of the teabag, whereas topsoil reconstituted with composted organic matter improved the ecosystem’s ability to decompose to a point where it matched the reference microbial communities of topsoil from adjacent unmined land.

The simplicity of the Tea Bag Index is allowing scientists to compare soil carbon fluxes from across the globe, and has the potential to increase reliability of soil carbon flux estimates.

Emeritus Professor Tim Roberts is from the School of Environmental and Life Sciences at the University of Newcastle.