At the Tocal Field Day, many of you expressed interest in rehabilitating ponds for frogs. So, this month, let me tell you about a fascinating Hunter resident, the green and golden bell frog (Litoria aurea).

The green and golden bell frog is typically found in eastern NSW around lakes, creeks, dams, and disused quarries with dense underwater and bank vegetation for shelter. They are particularly attracted to water bodies containing bullrushes or spike rushes. The ideal habitat has sun exposure and is free of predator fish such as plague minnows. The frog was formerly found all along the east coast from Victoria to northern NSW but declined drastically due to the amphibian chytrid fungus. This disease is responsible for the mass die-off of amphibian species worldwide. 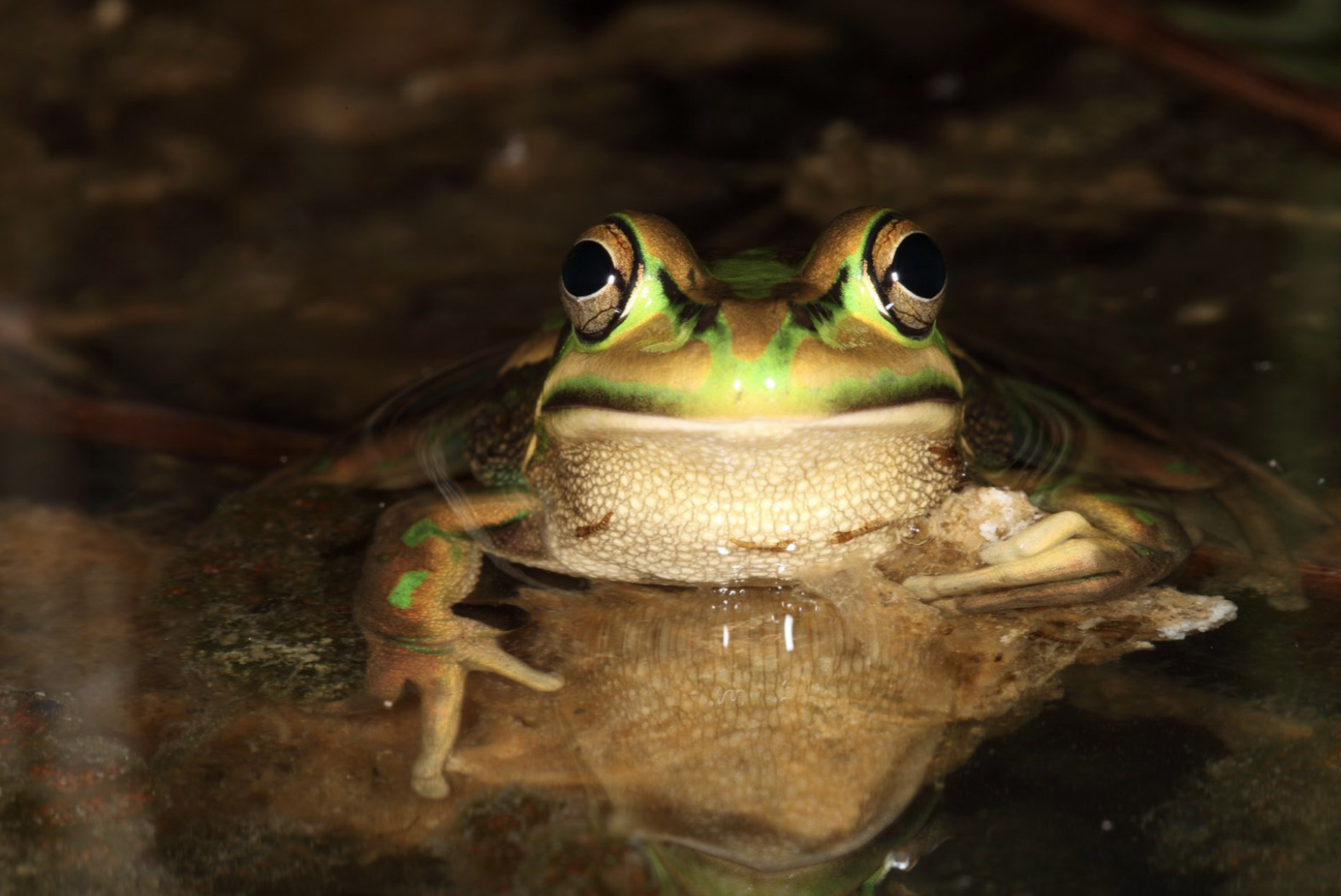 The species is diurnal and one of the rare frogs to bask in the sun. Green and golden bell frogs breed in summer under wet and warm conditions. The males, floating in the water, call upon females with distinctive deep croaking, followed by four short grunts. The fertilised eggs establish on underwater or floating plants. The tadpoles feed on algae and metamorphose after 3 and up to 11 months, depending on the water temperature and salinity. Adults are mainly insectivorous but also eat other frogs, including their own juveniles. If you try to handle the frog, it will secrete an interesting mucus, making it quite slimy—some of the molecules composing this mucus have antibiotic and anticancerous properties. The mucus is also an efficient toxic defensive tool against predators. 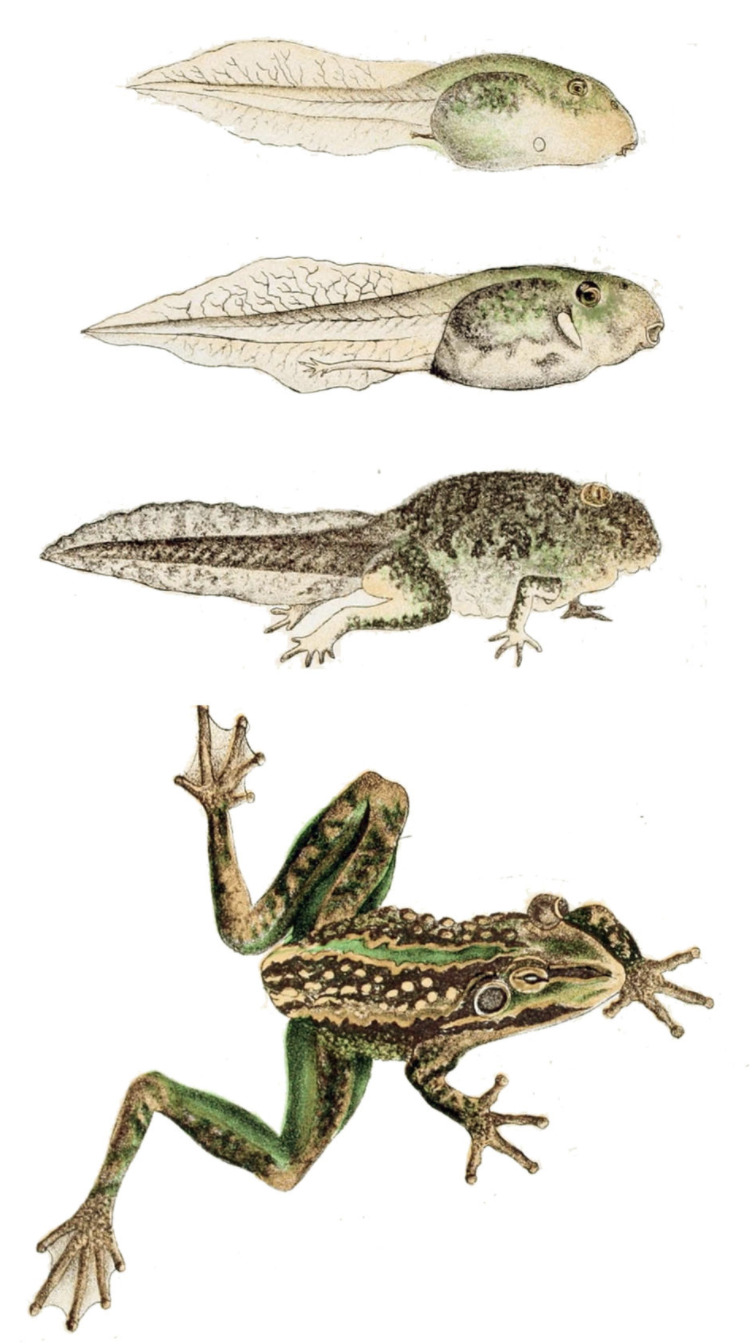 The species is listed as endangered in NSW. Several processes are threatening green and golden bell frogs, including:

To contribute to the green and golden bell frog conservation, you can participate in the citizen science project launched by the Australian Museum. You can download the FrogID app on your phone to gain information on your local frog species and report a sighting that will help research and future conservation outcomes. 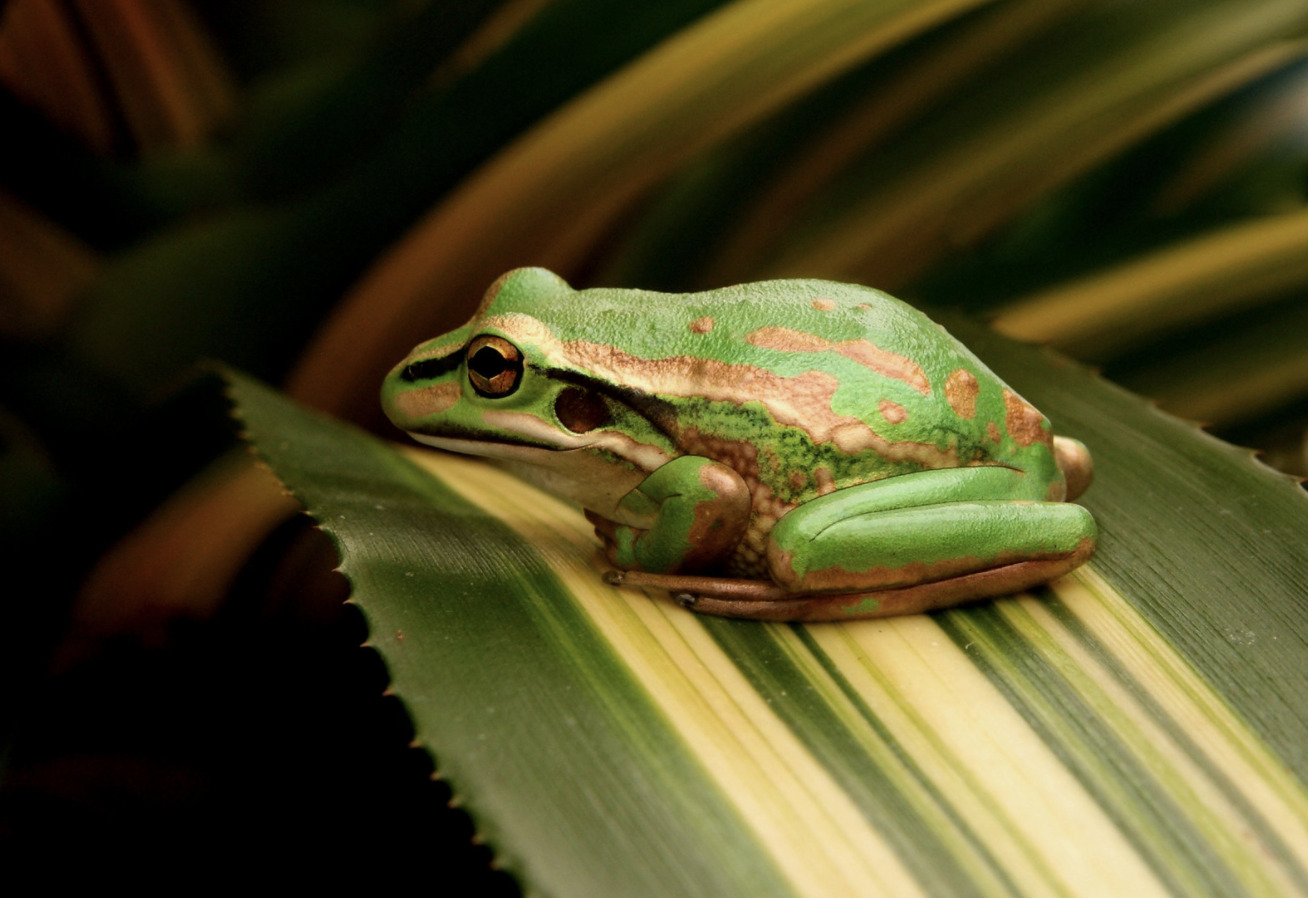